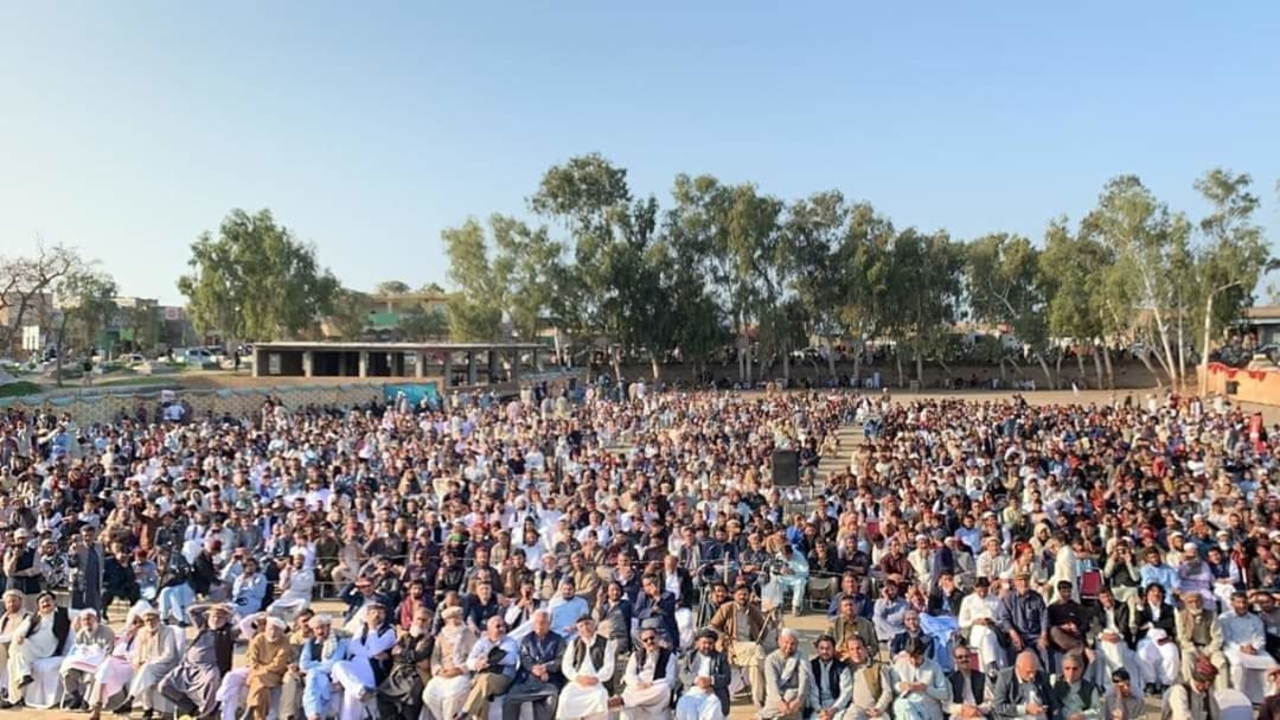 A public meeting called by the Pashtun Tahafuz Movement.

The Khyber Pakhtunkhwa police on March 3, Tuesday, filed various cases against Pashtun Tahafuz Movement (PTM) leader Ali Wazir for allegedly acting against the state. The PTM is a human rights outfit fighting for the rights of the persecuted Pashtun community in Pakistan.

A prominent figure of the PTM and a member of the national assembly, Ali Wazir was arrested last year, along with nine others, after being accused of participating in an attack on an army check post in North Waziristan on May 26. Later, the Peshawar High Court released him on conditional bail.

Authorities in Pakistan have been accused of unleashing a crack down on the PTM. Several PTM workers were detained prior to a public meeting called in Balochistan province on the death anniversary of PTM leader Arman Loni on February 6.

On February 2, the police arrested several PTM workers who had gathered in Pakistan’s Sohrab Goth, a suburb of Gadap town in Karachi, for the preparations of the upcoming public meeting.

PTM leader Mohsin Dawar, who is also a member of the National Assembly, while responding to the case lodged against Wazir said that those who had maintained silence over the military actions in north Waziristan have no moral compass to pass judgement on speeches made by PTM leaders. “Such people’s criticism doesn’t carry any weight,” he tweeted.

Similarly, prior to holding the mass gathering in Balochistan, another prominent activist of the PTM, Manzoor Pashteen, was arrested by the police in Peshawar’s Shaheen Town on January 26 on the charges of sedition. Pashteen had been leading a peaceful and democratic struggle for the rights of the Pashtuns.

Led by Ali Wazir, Mohsir Dawar and Manzoor Pashteen, among others, the PTM has been leading campaigns against extrajudicial executions, enforced disappearances and other human rights violations inflicted on Pakistan’s Pashtun population. The movement began with the demand for the removal of landmines from the former tribal areas and greater autonomy for the northwestern belt of the country.

As many as 30,000 people from the provinces of Khyber Pakhtunkhwa and Balochistan have been subjected to enforced disappearances in the past 10 years, according to local estimates. The PTM leadership accuses the Pakistani intelligence agencies of being involved in the consistent human rights violations against Pashtuns.