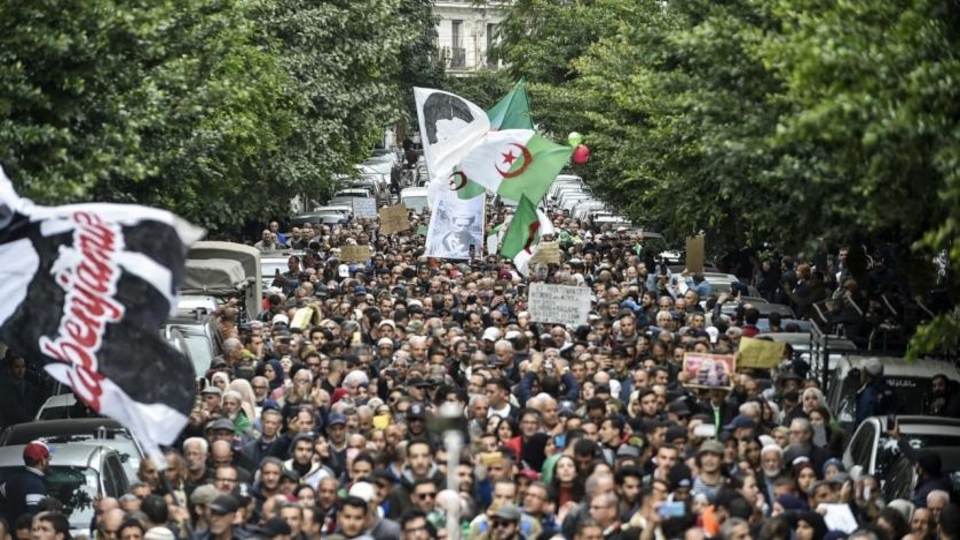 Anti-government protests in the center of Algiers, Algeria. (Photo: AFP)

The Algerian police, on March 7, Saturday, arrested at least 10 anti-government protesters, including Samir Benlarbi, a prominent activist who is part of the ‘Hirak’ movement. The arrests were made during a protest march in the capital, Algiers, which saw the participation of around 300 people following online calls by the Hirak movement leadership, as per news agency AFP. A large police presence was also reported at the site of the protest. The police attempted to disperse the protesters in a heavy crackdown, preventing them from marching.

Protests were also organized in cities like Constantine, Annaba and other larger cities in the eastern part of the country. Protesters condemned the endemic corruption plaguing the country and the government’s attempts to curtail the citizens’ rights to free speech and expression. People also criticized the media, both the state-owned and private channels, for not covering the protests fairly under government pressure.

Protesters were seen waving the Algerian flag and carrying posters bearing the portrait of jailed political activist Karim Tabou. Tabou has been charged with “contributing to weakening the army’s morale” and has been in jail for the last five months. People also demanded the release of Youth Action Rally (RAJ) president Abdelwahab Fersoui and expressed concern for Toufik Hassani, a policeman who was arrested for supporting the Hirak movement and could be dismissed as per police laws. Hassani was released last week and is now facing trial. After his release, he participated in the protests at ‘Maurice Audin’ square and expressed his solidarity with the protesters.

Residents in the city of Haizer in Bouira province and in multiple cities in the east of the country organized protests against the arrests of the activists of the Hirak movement in Algiers.