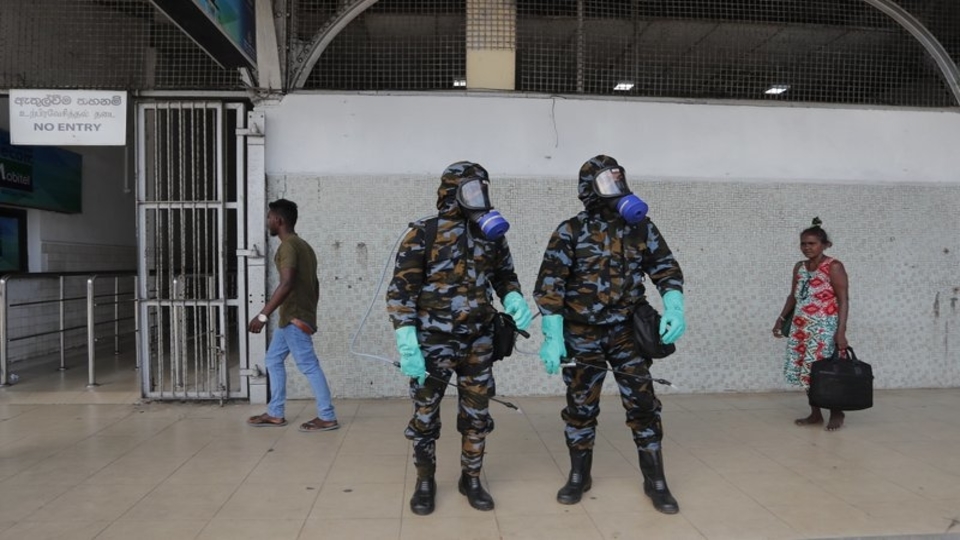 Around 80 cases of COVID-19 have been registered in Sri Lanka, so far.

After the Sri Lankan government imposed a countrywide ban and barred all visitors inside prisons citing the Coronavirus threat, unrest at the Anuradhapura prison located in the North Central province led to the death of two prisoners on March 21, Saturday. Both were shot dead while three others suffered suffered injuries when a security guard opened fire at agitated prisoners who were protesting against the prison authorities and demanding release due to the threat of a Coronavirus outbreak, the World Socialist Web Site reported.

On March 19, the prisoners at Anuradhapura were informed that a number of inmates had been diagnosed with COVID-19. This led to a crisis situation with many prisoners moving out from their cells and trying to escape. Authorities deployed the army to control the situation.

According to the president of the Committee for the Protection of Prisoners, Senaka Perera, prisons across Sri Lanka are very congested. “5,000 inmates are crammed into facilities meant to accommodate 800 people,” he told reporters while speaking about Saturday’s incident. He recalled the 2012 Welikada Prison riots which had led to the killing of 27 inmates, according to WSWS.

So far, around 80 cases of COVID-19 have been registered in Sri Lanka. The government imposed a three-day curfew beginning March 20, Friday, and has closed all airports for arrivals till Wednesday. Around 200 people have also been arrested for violating the curfew.

Sri Lankan officials have often blamed migrant workers and outsiders for the spread of the virus in the country. President Gotabaya Rajapaksa has also held responsible the “Almost 2,000 [outsiders] in number, who had entered the country from high risk countries for about two weeks before we actually started quarantine.”

An emergency was also declared inside Kegalle prison, where the situation remains tense after rumors of a few infected persons having entered the premises led to panic last week.

Meanwhile, president Rajapaksa has been accused of using the crisis situation to further militarize the country. On March 17, he addressed the nation after reportedly holding a meeting with members of the Special Task Force which comprises military officers. Observers have pointed out that retired military officers have become critical personnel under the present dispensation.

While condemning the killings on Saturday, Amnesty International asked Sri Lankan authorities to take humane measures to mitigate and contain any crisis situation that may develop. It urged the Rajapaksa-led government “to independently investigate the incident and ensure justice and accountability: “Sri Lankan government should use minimal proportionate force to the threat, while ensuring the safety, well-being and the right to health of all prisoners.”