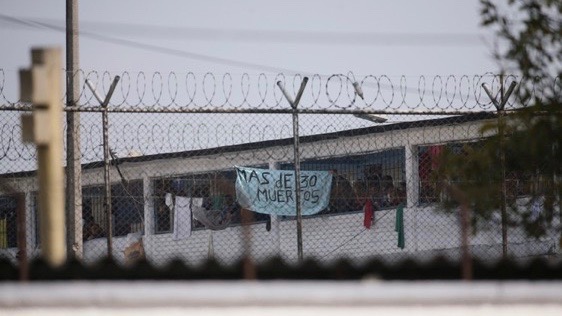 The sign reads 'More than 30 dead' at La Modelo prison where prison guards open fired on prisoners mobilizing against the lack of proper sanitary measures in the Colombia's prisons to combat coronavirus. Photo: Reuters

Guards of the National Penitentiary and Prison Institute of Colombia (INPEC) violently attacked prisoners who were participating in a mobilization at  the La Modelo Prison in Bogotá on Saturday, March 21. The guards killed 23 inmates and injured over 80. The mobilization was organized in La Modelo and other prisons in order to demand that the government of Ivan Duque take immediate measures to ensure the health and safety of the incarcerated population across Colombia amid the rising number of cases of COVID-19.

The incident at La Modelo has been condemned by family members and human rights organizations as a massacre, while the government and corporate media has classified it as a mutiny and a failed escape attempt. According to reports from prisoners’ collectives and human rights organizations, the repression of inmates continued after the incident, not only at La Modelo but also at other prisons across the country.

On March 22, the day after the massacre, dozens of family members of inmates gathered outside La Modelo and demanded that prison authorities provide information about what happened the night before, the state of the prisoners inside and names of those who were killed and injured. Instead of addressing these crucial questions, military police and an increased number of INPEC guards arrived there to intimidate, harass and attack the family members.

Why were prisoners mobilizing?

People behind bars who are organized under the banner of the National Carceral Movement (MNC) have been mobilizing for the past several days to demand that the government declare a carceral emergency and take measures to ensure the health and safety of the incarcerated population in Colombia amid the outbreak of the coronavirus.

On March 16, the MNC released a statement to convey their demands to the government and the public and about “the grave risk that the population deprived of their liberty (incarcerated population) finds itself in with the arrival of the COVID-19 to the country.”

In the communique, they explain that one of the key reasons for this population being at risk is the “collapse of the healthcare service” in the prisons, especially the “lack of infrastructure in the areas of health [and] the bureaucratic obstacles that impede timely access to specialized treatments.” However, the statement explains that this is “just the tip of the iceberg of the terrible conditions that we have to live with in the concentration camps of the Colombian state.”

Iván Duque announced preventive measures for the prisons against COVID-19 on March 12, including a suspension of all visits, restrictions on exit and entry of staff into the institutions and sanitary measures to ensure better hygiene. However, according to the MNC, the only measure that was implemented was the suspension of visits for the common prisoners. Meanwhile, “white collar” prisoners continued to receive visits and the rest of the announcements were not implemented.

In this context, the MNC called for the humanitarian release of different groups of prisoners, such as pregnant women, senior citizens, people with chronic illnesses and people accused of non-violent crimes so as to to address the overcrowding problem and to protect the most vulnerable.

The movement has also called on the INPEC to implement strict sanitary and hygiene guidelines for the prison guards and staff who enter and exit the institutions. They have also demanded that soap, clean water, anti-bacterial gel and face masks be made available for the incarcerated population.

The crisis in Colombia’s prisons is not new and long precedes COVID-19. Prisoners’ collectives and human rights organizations have been denouncing the atrocious conditions for decades.

According to recent reports, on a national level, the overcrowding rate is over 50% while in some prisons, it is over 260%. Dignified sleeping quarters are not guaranteed to those who are deprived of their freedom and many are forced to sleep in unhealthy, unsanitary conditions on the floor, in hallways and in extremely overcrowded cells.

The lack of access to water and healthcare are also key issues facing the incarcerated population. In the Tramacua prison in Valledupar in the northeast of Colombia, water is only available for a maximum of three hours a day which impedes personal hygiene as well as basic cleaning of collective spaces and the cells. Access to healthcare is also a serious obstacle due to both the bureaucratic complications, as well as an overall lack of investment and infrastructure to ensure basic services, let alone more complicated and specialized care.

In response to the massacre, over 170 Colombian and international human rights organizations, social movements and over 500 individuals signed an open letter addressed to president Iván Duque to denounce the violence against the incarcerated population at La Modelo Prison and present the government with a list of measures to mitigate the impact of COVID-19 and ensure the safety, dignity and human rights of the incarcerated population.

The letter declares, “We want to express our concern over the denouncements of the disproportionate use of force, particularly in La Modelo prison in Bogotá and the prison in Cúcuta, in response to the distinct expressions of protest in the prisons, where reasonable concerns have been raised over the government measures before the imminent risk of the massive spread of COVID-19.” 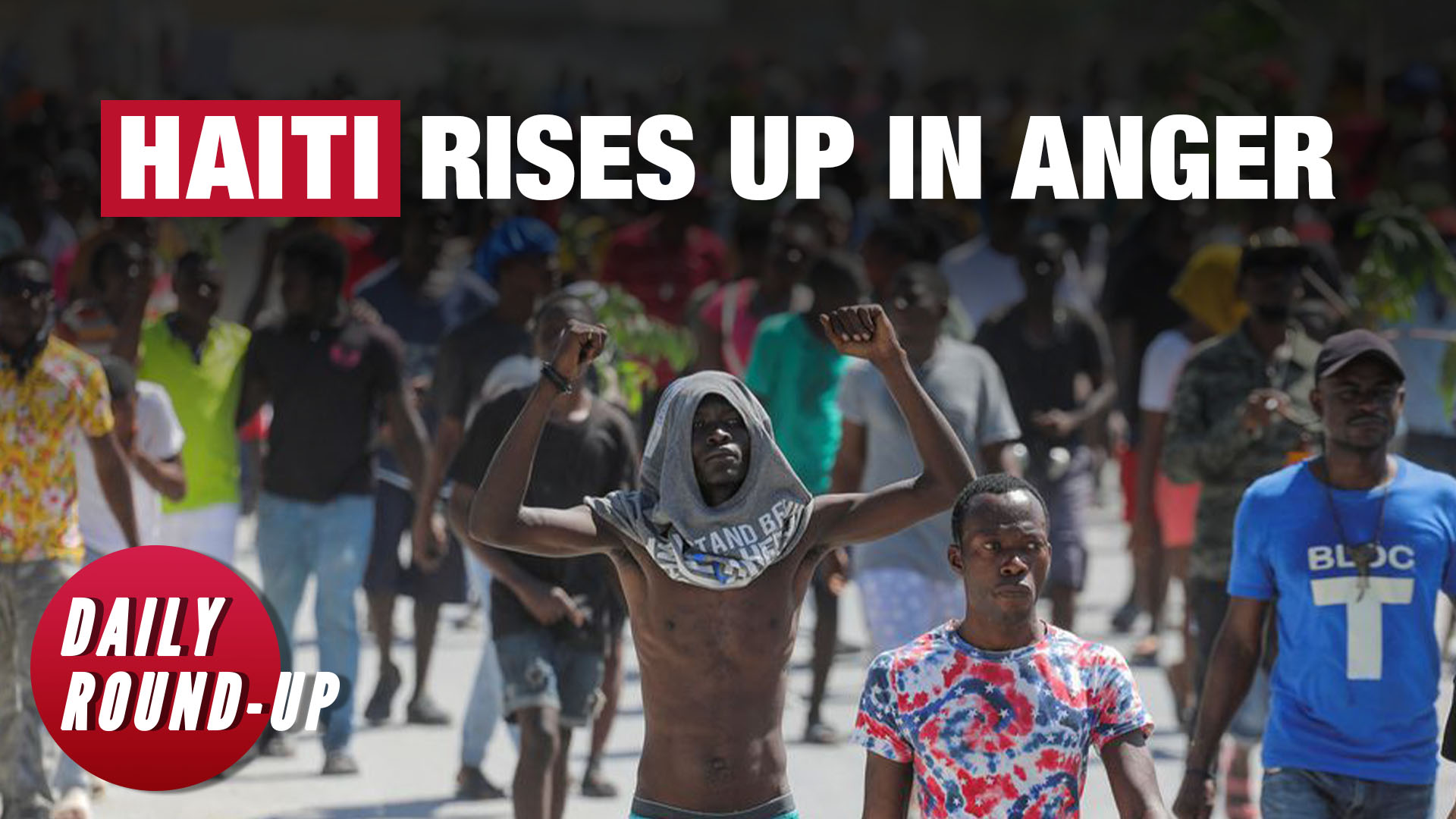