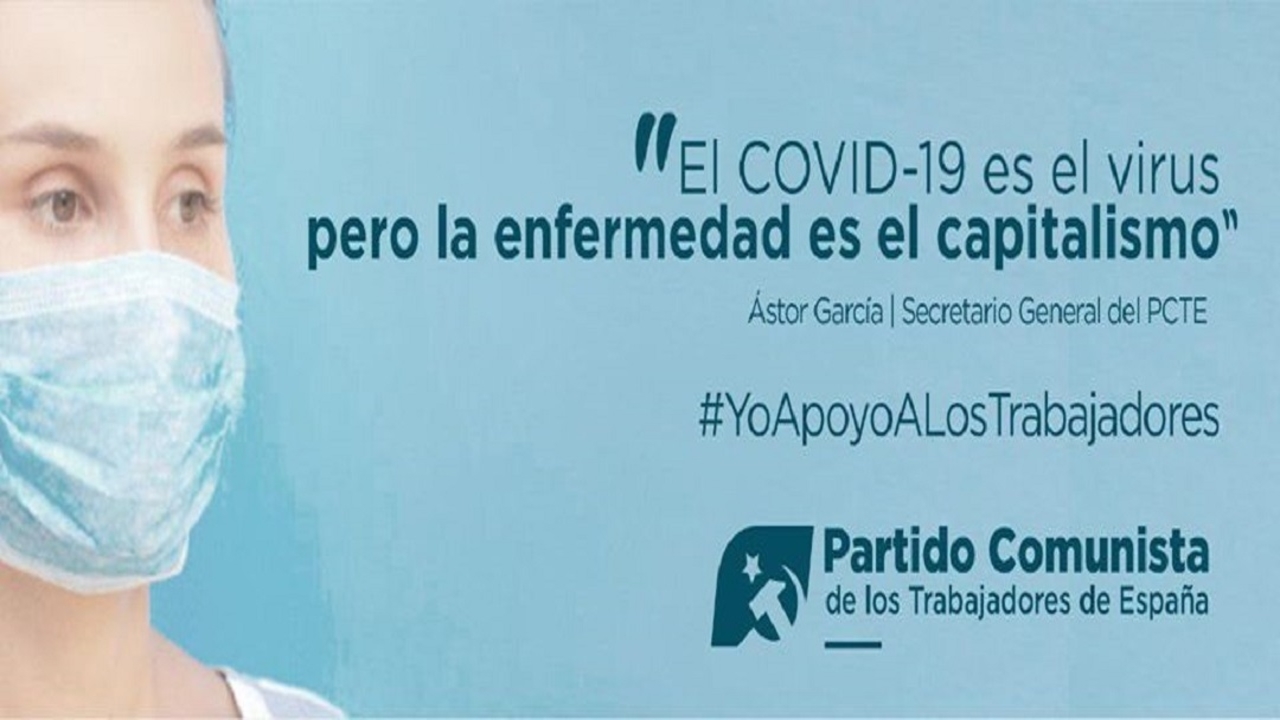 The world continues to reel under the COVID-19 pandemic. Spain is one of the worst hit countries in the world with over 190,000 cases and 20,000 deaths. Earlier this month, Peoples Dispatch(PD) spoke to Ástor García of the Communist Party of the Workers of Spain (PCTE), regarding the plight of the people in Spain who have been affected by the pandemic and the response from the government.

Peoples Dispatch (PD): How has COVID-19 become so widespread in Spain and what has been its impact on public life in the country?

Ástor García(AG): In Spain, as in many other countries, the effect of COVID-19 was underestimated, both by the government and the media. They wasted precious time saying that there was a low risk of the virus spreading outside China, and that the risk for public health in Spain was considered low. In that period, no preparations were made in order to prevent an outbreak of the virus in our country.

The first case of COVID-19 in Spain was known on January 31. It was the case of a German tourist. The second known case was of a British tourist on February 9. On February 13, the first person died in Spain, although this was not confirmed until March 4. On February 25, many cases started to appear all over the country. On March 9, there were already 1,200 confirmed cases in the country. On March 14, the government declared a state of emergency and the confinement of a part of the population.

Spain has a very important tourist sector. Many people from other countries come to spend holidays here. This also happens in Italy. There are also many students in Italy and in other European countries. I think all those factors have joined to create this situation, it was just a matter of time that the virus would spread. Of course, the stance of the government and its inactivity in the first moments of the crisis has also been a key element for this outbreak.

We should also take into account another thing: the public health system in Spain has been attacked very heavily in the past years. There has been a very clear stance in favor of private clinics. Many resources in the public sector have been destroyed – there are less beds, less facilities and, mainly, less personnel. And many other resources have been transferred from public sector to private sector. And you know what the private clinics did when the COVID-19 erupted? They fired workers and kept for themselves medical basic equipment…

The public life has been totally affected in Spain. Millions of families are confined at home, schools are closed, most of the stores are closed, there have been thousands of layoffs and there is a general feeling of uncertainty about the future in the society.

PD: What has been the government’s response?

AG: I believe that the government thought that this virus was another false alarm. I don’t know who advised them, but it seems that they thought that this would be something very easy to control, like the SARS crisis in 2003 or the Ebola crisis in 2014, whose effects in Spain were really negligible.

On this basis, they did not adopt effective measures until it was too late. When the state of emergency was declared, there were already 6,000 cases officially confirmed, and already more than 130 deceased.

As I said before, the state of emergency also meant confinement of a big part of the population and the shutdown of many shops, bars and stores. But millions of workers were forced to go to work the following week without any protections in the public transport system and in their workplaces. Nobody knew exactly what to do and the government did not help with their contradictory measures and information.

PD: What has been the impact on the COVID-19 crisis on the Spanish working class?

AG: For us, that is the real core of the crisis. The social-democratic coalition currently in government has adopted several measures in the economic and labor spheres that are directed to protect the big capitalists.

For example, one of the first decisions of the government was to facilitate the possibility of collective suspension of job contracts (known in Spain with the acronym ERTE). This means that thousands of workers are fired for an undetermined period of time and the social security system takes charge of approximately the 70% of their salary, with absolutely no costs for the companies. With this, the companies transfer their economic losses to the State.

But, at the same time, there are millions of workers that are not even covered by this mechanism. Trade unions estimate around 1 million workers who were fired before the state of emergency was declared due to the COVID-19 crisis. The social security system is facing unprecedented stress, so there is serious doubt that millions of unemployed workers will be able to get their allowance on time. This means that many working-class families will have difficulties in covering their basic supplies in April.

One of the latest measures is that the workers of “non-essential” sectors stay at home and receive their salary, but the government has said that these hours should be recovered after the COVID-19 crisis! Every year, millions of working hours are unpaid in Spain, and now the government asks the workers to “return” the hours lost because of this crisis to the companies… it is really incredible.

PD: How do you view European and international solidarity towards Spain and in general, in the fight against the pandemic?

AG: Firstly, let me tell you that there are many big companies in Spain who are announcing some “donations” for the struggle against the virus. That kind of “solidarity” is a total hoax, and not just because they have promoted and taken advantage of the privatization of the public health service, but also because they are known for lobbying against profit taxes and for promoting huge layoffs and terrible labor conditions in Spain and abroad.

In general, there has been very little solidarity with Spain until now. The general trend seems to be “every man for himself”. As far as we know now, the Czech Republic and Turkey have sent some aid after Spain’s request to NATO (which of course is not “free of charge”), China has sent equipment to the European Union, and Cuba has offered to send doctors but the government has not accepted them yet. The fraternal ties with socialist Cuba should be strengthened in this crisis, but I guess this is not the idea of the government…

What is the real big issue here? The role of the European Union. The nature and the purpose of this alliance of capitalist states are being expressed very clearly. As we saw during the breakout and the development of the economic crisis of 2008, the EU is not a solidarity alliance. We have said this for many years: the EU is a capitalist alliance and the only solidarity of the EU is towards big capital, not towards the people. This is much easier to see now.

A general feeling of disaffection towards the EU is growing in Spain. People do not understand what is the purpose of being in that alliance if there is no help at all when a crisis erupts. EU’s image in Spain will be much worse after this crisis, and this provides us an opportunity to explain our position to break with all imperialist alliances.

PD: What are PCTEs’s general recommendations towards tackling the pandemic?

AG: We made a very clear statement on March 16, expressing that non-strategic economic activity should be stopped and that the state should take control of the companies in strategic sectors.

This had two goals: firstly, protecting the health of the workers; secondly, organizing the production according to social needs. Of course, we knew that no capitalist government would accept that proposal. But we need to take advantage of this crisis to make the broader masses see that there is no real solution under capitalism.

We also have heavily opposed all labor and economic measures of the government that are directed to secure the bosses’ profits. We are denouncing the misleading and confusion generated by the government, and are trying to explain the truth of what is going on to the toiling masses.

This health crisis reveals a deep economic crisis and the effects will be terrible for our class and people. It is our duty to denounce all measures adopted against the working class and the popular sectors and to call for further organizing in order to face future developments. 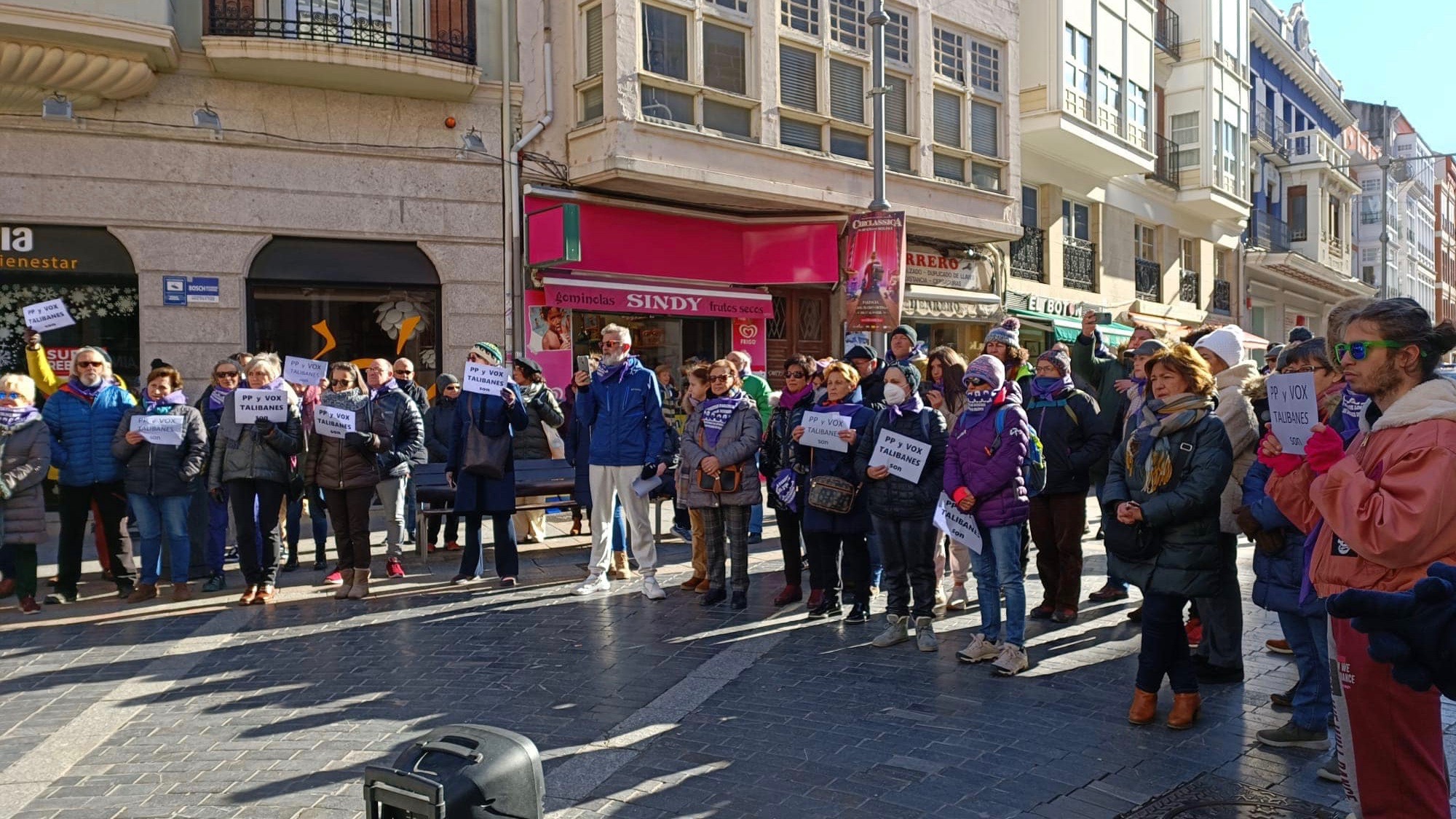