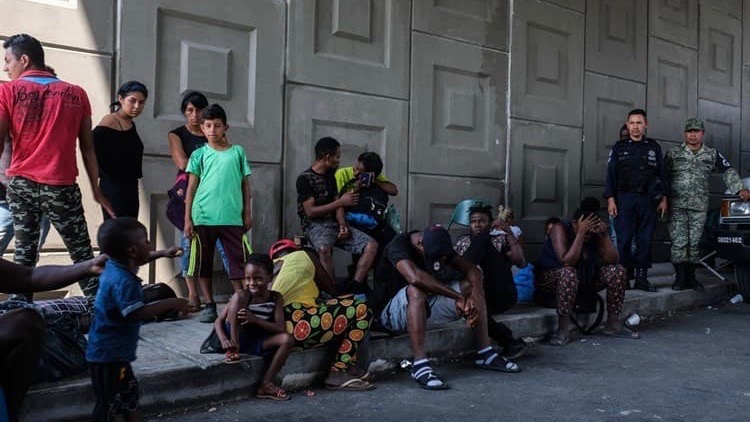 In the past five weeks, over 3,653 migrants had been returned by road to Guatemala and by air to El Salvador and Honduras. Photo: La Silla Rota

The National Migration Institute (INM) of Mexico, on April 26, announced that it evacuated nearly all its 65 migrant centers and shelters across the country in an attempt to contain the spread of the COVID-19. In an official statement, the INM said that “based on the health recommendations of Mexican authorities and national and international organizations on the protection of human rights,” it implemented “the departure of some migrants, who, for different reasons, have not had their legal situation resolved.”

In the statement, the INM reported that since March 21, in order to comply with health and safety guidelines, it had been sending Central American migrants back to their countries of origin. In the past five weeks, over 3,653 migrants had been returned by road to Guatemala and by air to El Salvador and Honduras.

The INM also specified that its 65 migrant centers, which housed 3,759 migrants in March, currently house only 106 people.

Among those who remained in the INM centers were migrants awaiting the outcome of asylum requests or judicial hearings, and others who had expressly sought permission to stay. The vast majority of those sent back were undocumented migrants and had expressed concern over possible contagion in the centers.

The measure was carried out following the recommendations of the National Human Rights Commission (CNDH) and other international organizations, on the protection of migrants and asylum seekers in the face of the health emergency due to the novel coronavirus.

Concern for migrants in Mexico has grown among national and international organizations since the beginning of the coronavirus outbreak. Several social and human rights organizations and activists in Mexico denounced the lack of hygiene and sanitary facilities in migrant centers.

On April 1, the International Committee of the Red Cross (ICRC) for Mexico and Central America called on the governments of the countries to implement migration policies to protect migrants in the face of the health emergency due to the pandemic.