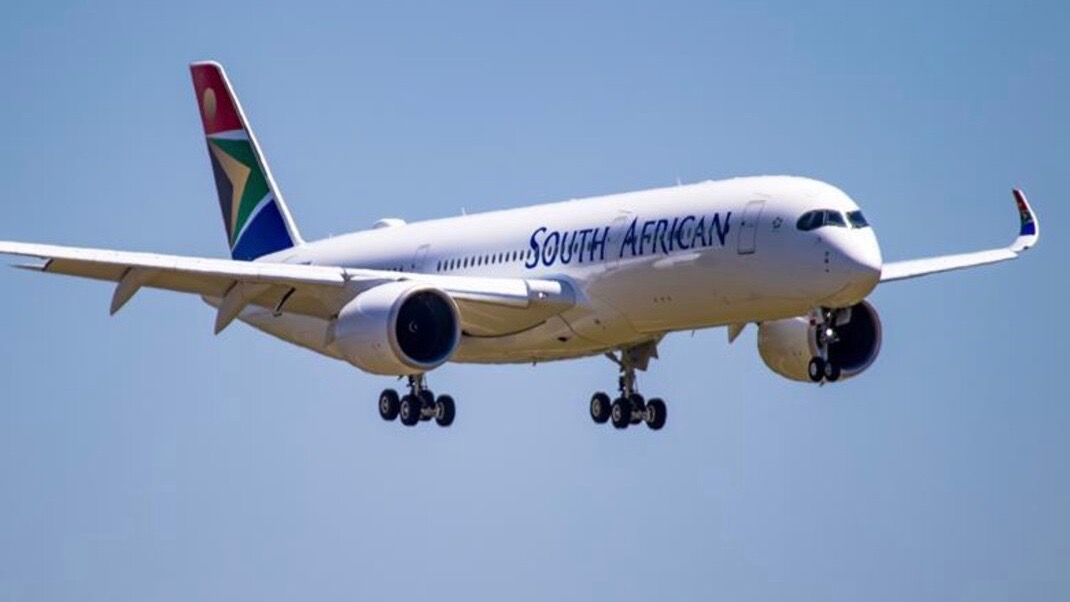 In an attempt to save South Africa’s national airlines from being stripped of its assets and sold in pieces to private companies, three major unions have offered to take up to 49% pay cut for the next two months. Together, the unions represent over 60% of the workforce of South African Airways (SAA).

Meanwhile, senior management and executives of SAA, who are among the highest paid within their ranks in the country’s airlines industry, “remain on full pay” despite the financial distress at the airlines.

The South African Airways Pilots’ Association (SAAPA) is willing to take the highest of the cuts proposed by the unions.

Workers represented by the National Union of Metalworkers of South Africa (NUMSA) and the South African Cabin Crew Association (SACCA), who earn lower wages, will take a smaller portion of the paycut.

As per the unions’ proposal, these workers would be cushioned by the COVID-19 subsidies in the form of Temporary Employment Relief Fund (TERS), financed through the Unemployment Insurance Fund (UIF). The UIF is itself funded by equal contributions from the employers and employees of companies registered with it.

However, Business Rescue Practitioners (BRPs) appointed for SAA in December 2019, Leslie Matuson and Siviwe Dongwana, have allegedly rejected the unions’ offer. On the other hand, without presenting any business rescue plan, the BRPs have so far charged SAA over R200 million in fees. Last week, they “reportedly proceeded to further deplete SAA’s cash reserves by withdrawing another R2.5 million each as fees to themselves,” the unions have claimed.

By the end of last month, the BRPs had spent R9.9 billion without presenting any plan on how to revive the airline, which is their primary task. The only recommendation made by the BRPs involves retrenching virtually all of SAA’s employees and eventually paying them a severance package consisting of a month’s wage as notice pay. They would also receive payments for outstanding leaves and, additionally, a week’s pay for each year of service.

This will be financed through revenue raised by selling off the public airline’s assets to private companies, which, even under the “best case scenario” would require at least 30 months, as per NUMSA and SACCA estimates.

This plan to shut down the airlines rather than resuscitating it cannot be regarded as a business “rescue” plan, the unions have argued. They have instead demanded a forensic audit of the BRP’s expenditure and an investigation under the Public Finance Management Act.

Recently, a labor court ordered the withdrawal of the Section 189 notices served by the BRPs to initiate the retrenchment process affecting the employment of 4,700 people. The judge agreed with the unions’ argument that while a company is under the charge of BRPs, during which period it is protected from claims by creditors, employees cannot be retrenched before a business rescue plan is presented.

Following this, the BRPs allegedly withdrew another R1.4 million from SAA’s finances “as payment towards their lawyers to appeal” the labor court’s judgement.

By February, the BRPs had taken significant steps toward shutting down the airline, including cancelling nine international routes and all the domestic routes sparing a reduced service between Cape Town and Johannesburg.

The unions point out that this “crippled SAA’s revenue generating ability, whilst removing none of the overhead expenses.” The decision was opposed by the unions, who had complained about not being consulted on the issue.

“Since the national lockdown,” their statement released on May 18 claims, “the BRPs have failed to capitalize on numerous cargo flights and have allowed the SAA Cargo department to use other airlines to carry SAA air freight. All this while SAA employees, planes and infrastructure stand idle.”

The persistent efforts to have the airline wound up and sold has left many “wondering whether the BRP’s real modus operandi was in fact to sabotage efforts to resuscitate the airline,” the unions add. “Because, in effect, this is what they have done.”

Will the BRPs get sacked?

The unions have nevertheless expressed hope that the national airlines could be saved. South Africa’s minister of public enterprises, Pravin Gordhan, has publicly distanced himself from the BRPs’ shutdown plan. He has also openly stated that winding down the airlines is not an option.

Gordhan fell out with the BRPs after they appeared to pass the ball to the government by claiming that winding up SAA was the only option unless the government commits to at least R7.7 billion more in capital infusions. This was evident in his address to the parliament’s portfolio committee on public enterprises,

Gordhan has pointed out that R5.5 billion had already been allotted to the BRPs who have presented no rescue plan. He said the further commitment of funds requires a plan to be first presented.

Hinting at possible collusion with private players, Gordhan asked “Who is waiting in the wings to pick up what pieces at what price?”, and, “It is petulant for the practitioners to say ‘you won’t give us, so we’ll wind it down,'” he said.

The unions claim that they have already had a fruitful engagement with the department of public enterprises and have “formulated a strategic plan that outlines what a new and revitalized national carrier might look like.”

“This plan will be fed into the analytical work underway and will ultimately take the form of a joined-up proposal for the rescue of our 85-year-old national airline,” the unions said.

Warning that “it will be disastrous for South Africa’s economic recovery if we are unable to provide vital airlift and connectivity when Africa and the world emerge from the current Covid-19 crisis”, the unions insist that saving SAA is “in the interests of the country.” They add, “This we will do with or without the involvement of the Business Rescue Practitioners.” 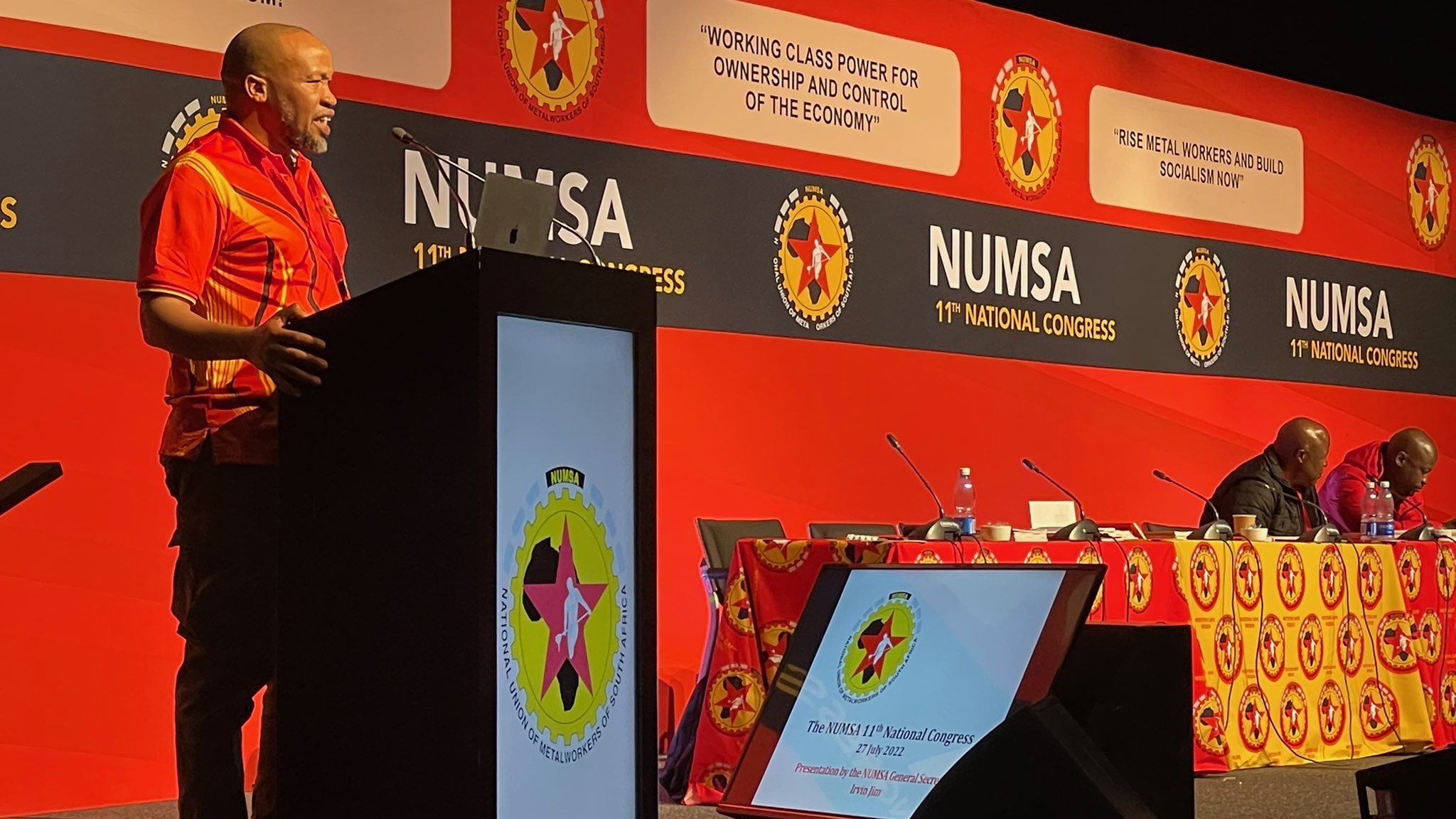