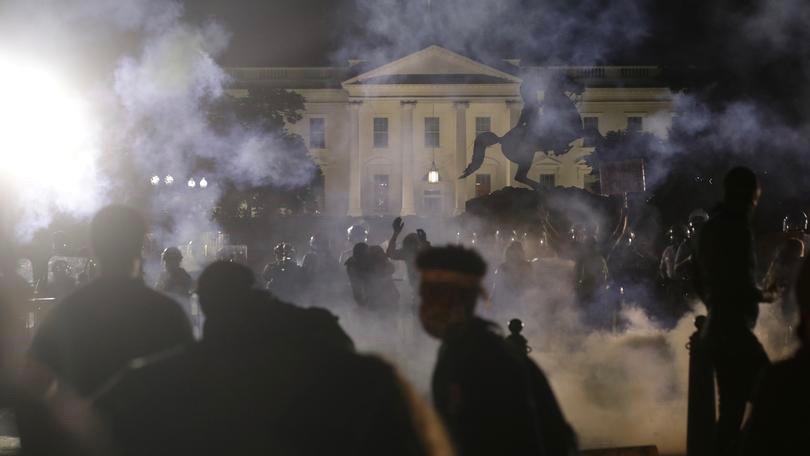 On June 4, Thursday, a lawsuit was filed against US president Donald Trump and other top officials of his administration over violence perpetrated by law enforcement agencies against protesters in the US capital, Washington D.C. The American Civil Liberties Union (ACLU) announced in a press release that along with other local civil rights groups, it had filed a lawsuit on behalf of Black Lives Matter (BLM) over the brutal violence against peaceful protesters that took place on June 1.

The violence was unleashed when protesters were being forcefully evicted by law enforcement agencies from Lafayette Square, lying next to the presidential residence and office – the White House. The violent eviction was being carried out to clear the path for Trump to walk up to the historic St. John’s Episcopal Church, adjacent to the square, for a photo-op.

Apart from the president, other federal officials named as defendants in the lawsuit include US defense secretary Mark Esper, attorney general William Barr and the director of the Secret Service, James M. Murray. The lawsuit alleges that these officials, and especially the president, were guilty of “violating their constitutional rights and engaging in an unlawful conspiracy to violate those rights.”

As per ACLU’s Washington D.C. legal director, Scott Michelman, “the President’s shameless, unconstitutional, unprovoked, and frankly criminal attack on protesters because he disagreed with their views shakes the foundation of our nation’s constitutional order. And when the nation’s top law enforcement officer becomes complicit in the tactics of an autocrat, it chills protected speech for all of us.”

April Goggans, core organizer of the Washington D.C. chapter of BLM, echoed Michelman’s concerns, stating that the incident “was an affront to all our rights.”

“We won’t be silenced by tear gas and rubber bullets. Now is our time to be heard,” she added.