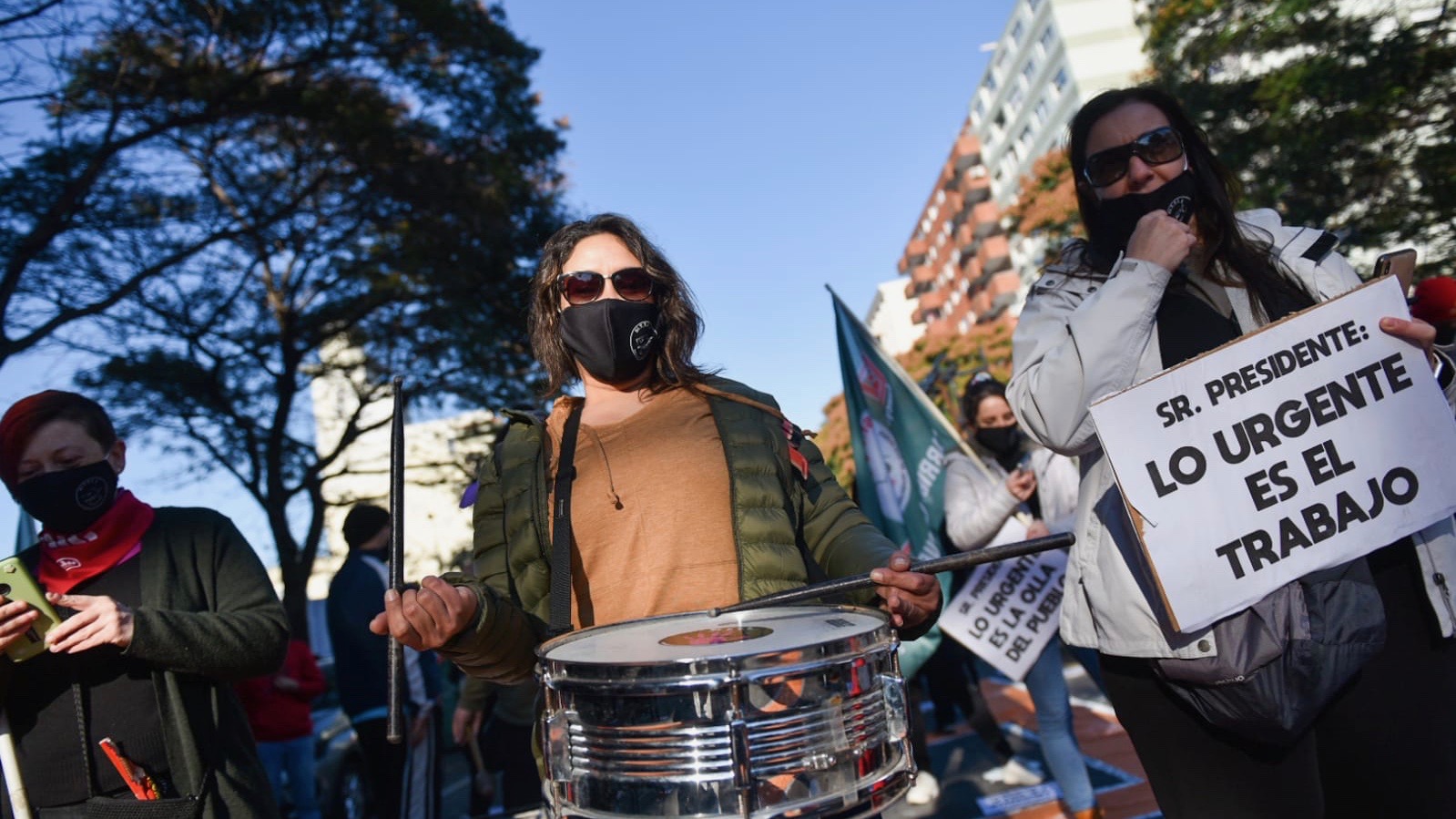 Thousands took to the streets in Montevideo on June 4 against neoliberal measures proposed by the right-wing government. Photo: PIT-CNT

On June 4, Uruguayan workers went on a 4-hour national strike and mobilized in the capital Montevideo. The action was taken to protest the Urgent Consideration Law (LUC), promoted by the ruling right-wing government of President Luis Lacalle Pou.

Under the slogan of “the emergency is the people”, wearing face masks and maintaining social distancing measures, thousands of citizens and workers took to the streets. A massive demonstration was held outside the headquarters of the General Assembly, while the Senate was debating to vote on the said law.

The call for the strike and mobilization was given by the Uruguayan union center, the Inter-Union Plenary of Workers – National Convention of Workers (PIT-CNT).

The LUC is a package of 476 articles proposing neoliberal reforms that would impact various aspects of the public sector such as health, education, housing, employment, economy and security. The unions that have mobilized consider that the law will affect the generation of employment through the domestic industries. The union leaders have questioned the national government for promoting such a law in the midst of a pandemic.

The secretary general of the PIT-CNT, Marcelo Abdala, said that a “new-type of health, economic and social crisis requires immediate responses also of a new-type.” The union leader highlighted that over 200,000 people have recently lost their jobs due to the crisis caused by the COVID-19 pandemic and some 400,000 informal workers are struggling to survive in increasingly difficult conditions.

The president of the national trade union center, Fernando Pereira, stressed that “we need public policies that can compensate for the social disintegration that tens of thousands of Uruguayans are experiencing. The government has to understand and be aware of people’s demands.”

Some of the other demands of the union include an emergency basic income, in defense of jobs and purchasing power, a quality health, housing and education for all and access to public services.

The president of the left-wing Frente Amplio (Broad Front) Party, Javier Miranda, at a press conference, criticized the law and called it “regressive”. “The law dismantles policies that have been carried out for the benefit of the entire population. It is an inopportune, unconstitutional law. It is a bad move because it does not attend to the real emergency of the people,” said Miranda.

The LUC has been one of the priorities of the Lacalle Pou government. The government wanted the project to be debated in the parliament a few days after assuming office, but the coronavirus outbreak forced the postponement of the plan. The law was the central focus of the electoral campaign that brought Lacalle Pou to the presidency.

Luis Lacalle Pou took office on March 1 and was welcomed with massive protests, rejecting the new president’s stand against the progressive governments of the region and his submission to the United States. Within days of assuming presidency, he announced a hike in the rates of basic public services and received fierce criticism from the citizens and the opposition for going back on campaign promises to reduce inflation.