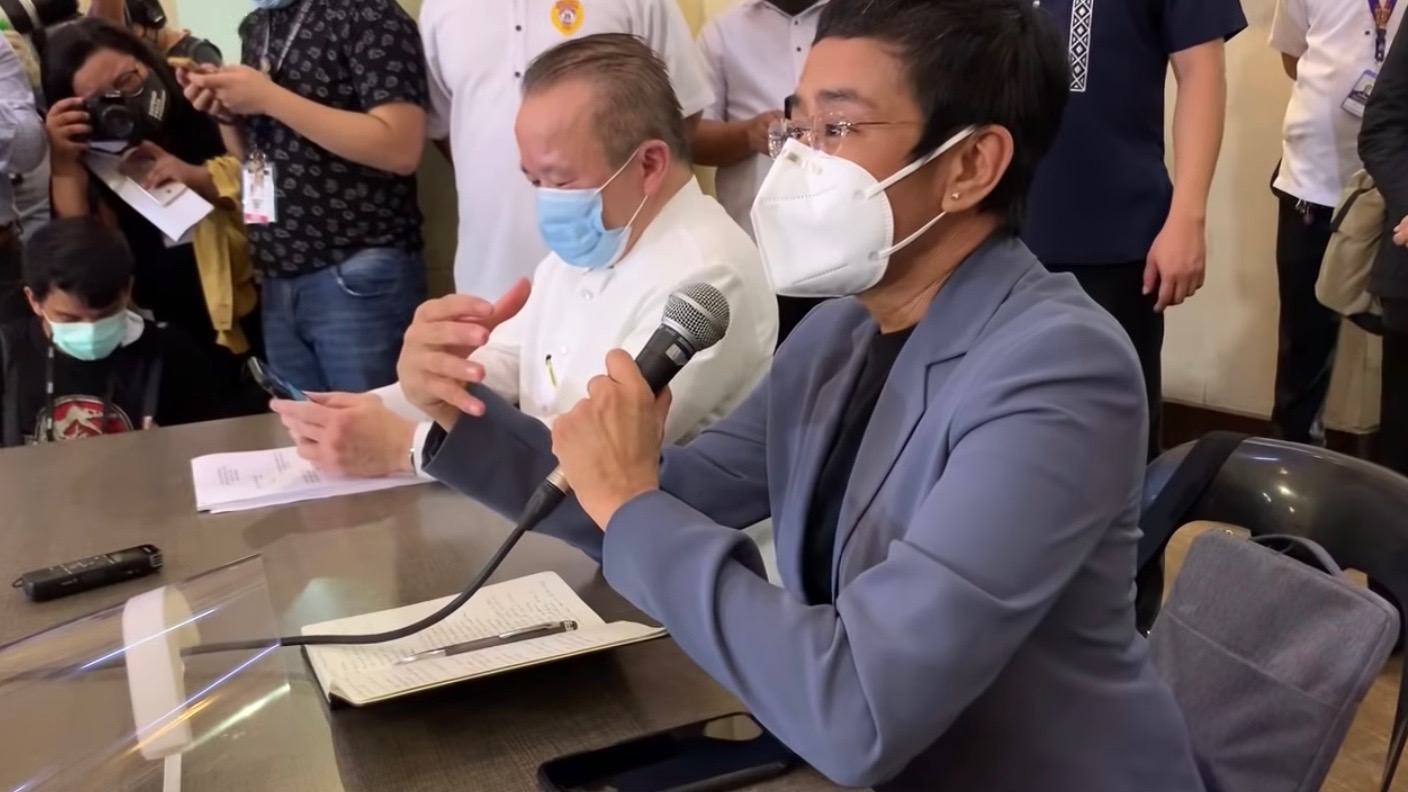 Maria Ressa addressing the press outside the courtroom, after the conviction. Photo: Rappler

Filipina journalist, Maria Ressa, has been found guilty of ‘cyber libel’ by a Philippines court on Monday, June 15. She is one of the co-founders of Rappler and currently the chief executive officer of the news organization. She was declared guilty of libel along with Reynaldo Santos Jr., another journalist from Rappler for publishing a story about a multimillionaire Filipino businessman Wilfredo Keng, for a piece published in 2012. Judge Rainelda Montea, of the Manila Regional Trial Court No. 46, handed down the judgement on a case that has been going since 2017, finding them guilty of libel under a highly contentious cybercrimes law from 2012.

The libel case was filed by Keng, in October 2017, over a 2012 investigative piece written by Santos and published by Rappler. The piece alleged that Keng had possible connections with Manila’s drug cartels and had apparently bribed a supreme court chief justice with a sports car that he had gifted. While Keng alleged that the rival businesses were behind the piece, Ressa and Rappler have asserted that their editorial policies are strongly independent of its investors.

Ressa and Santos have been jointly fined PHP 400,000 (close to USD 8,000) and are to serve a jail sentence of minimum six months and one day and maximum of six years. Ressa and Santos are still serving their respective bails, and are preparing to appeal against the sentencing to higher courts. Many, including Ressa herself, have decried the judgement as a blow to press freedoms and independence of the journalists.

After today’s judgement, Ressa expressed her dismay with the conviction. “It is a blow to us. But it is also not unexpected. I appeal to you, the journalists in this room, the Filipinos who are listening, to protect your rights. We are meant to be a cautionary tale. We are meant to make you afraid. But don’t be afraid. Because if you don’t use your rights, you will lose them,” she said while addressing the press.

Shawn Crispin, the southeast Asia representative of the press freedoms advocacy group, Committee to Protect Journalists, stated in a statement that “although out on bail while she appeals the verdict, [Ressa’] wrongful conviction sends a message to all journalists that you could be next if you report critically on President Rodrigo Duterte’s government.”

The controversial Cybercrime Prevention Act of 2012, was passed a few months after the piece was published. The law’s sweeping criminalization of libel and other cyber crimes and harsher punishments and conditionalities for prosecution, was roundly condemned by civil society activists and journalists for being a possible tool to suppress press freedom and civil liberties in the country. Ressa’s case would be the second such conviction for cyber libel.

While Philippines’ legal system does not allow for criminal laws to be applicable in retrospective effect, Keng’s legal team and the state prosecution argued that the published article was updated in 2014 for typos and errors much after the law was enacted, making it eligible to be prosecuted. The 2012 law also had a much longer statute of limitations, unlike earlier libel laws which had made prosecution eligible only if the appeal was made within a year of the said libel.

The timing was a matter of question when the case reached the courts. Rodrigo Duterte ascended to the presidency in 2016, and his war on drugs and counter-insurgency programs in the southern Philippines was very heavily scrutinized by Ressa’s Rappler. Ressa currently has seven other cases against her, all of which were filed since Duterte came to power. Last year, in February Ressa was arrested by the Philippines’ National Bureau of Investigation under the same libel charges.