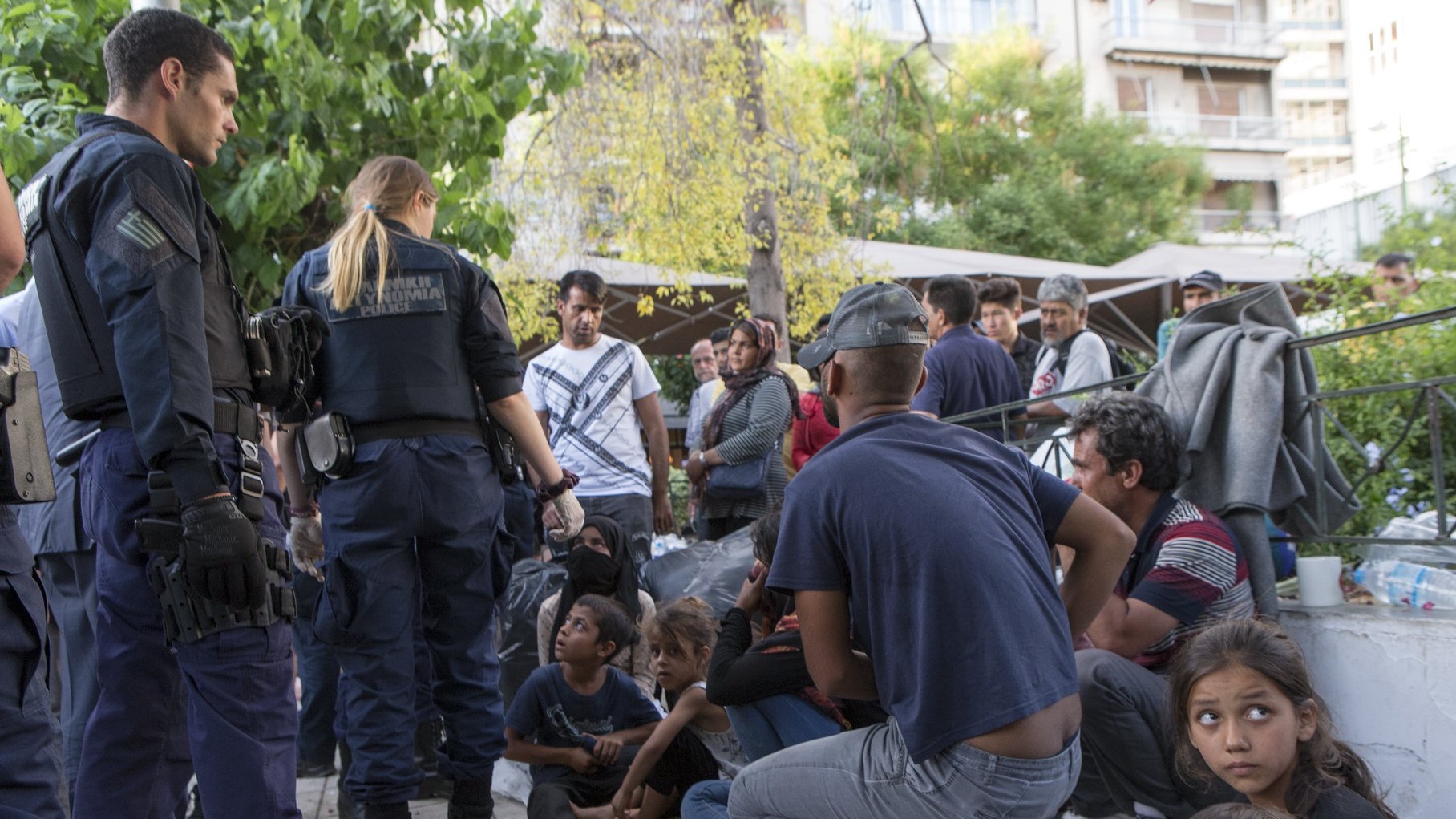 Recently, refugees staged a protest in Athens against their eviction from accommodation facilities.

Capitalism, through imperialist interventions, has caused the forced displacement of millions of people. Every day, hundreds of refugees risk their lives crossing the sea in crowded and leaky boats in order to come to Greece, take the asylum status and then move to other European countries. But instead of that, due to the EU-Turkey agreement and the Dublin Regulation, thousands of refugees are trapped in Greece and live under awful conditions in overcrowded camps.

According to the Article 2 of the Treaty on European Union, the EU is “founded on values of respect for human dignity, freedom, democracy, equality, the rule of law and respect for human rights, including the rights of persons belonging to minorities…”. On the one hand, the EU member states have decided to close their borders to refugees while expressing their “solidarity” and on the other hand, Turkey uses the refugees to blackmail the EU.

The Greek governments have done nothing in order to ensure decent living conditions for the uprooted people. For instance, the Moria camp, located in the Aegean island of Lesvos, has a maximum capacity of 2.800 people. However, more than 20.000 people live in and around the camp. Refugees in the congested camps are undernourished. They live in tents, dealing with the snow in winter, the flooding of sewage on rainy days, and heat waves in summer. Inside the Moria camp, there is one water tap for every 1.300 people, one toilet for 167 people, and one shower for 242 people. Furthermore, women and children are unprotected and face daily dangers in the camps such as abuse and rapes. It should also be noted that the Greek authorities have been accused of illegal deportations of refugees and attacking boats so that they will not reach the Greek coasts.

Refugees who have been granted asylum face evictions from the accommodation facilities they used to live in and might end up homeless with no financial aid (they were given 90 euros per month). They are also not able to participate in integration programs (such as language lessons). This policy of evictions, which the government of New Democracy is implementing, was decided by the former government of Syriza.

This week, many “recognized” refugees came from the Greek islands (paying for their tickets), gathered at a central square in Athens and slept on the streets due to these evictions measure. The temporary “solution” was to send them in a camp in Athens, but some of them preferred staying on the streets because they are afraid of the word “camp”.

Moreover, the Ministry of Migration and Asylum has also reduced the funding for the ESTIA integration support program, which includes accommodation, interpretation and social services. This is even as the ministry announced that private companies will be funded so that refugees will be moved from the islands to inland. Furthermore, the Greek government plans to build closed camps and basically imprison the refugees. All of these are taking place when the Greek government is boasting about the boost to bilateral relations with the occupying state of Israel and imperialist coalitions such as the NATO and the EU, which are responsible for the waves of refugees to Europe.

All countries must unite and act now!

We fight for an anti-imperialist and anti-war movement. The EU-Turkey deal and the Dublin Regulation must be cancelled. We defend the refugees’ rights for international protection, and for free and safe movement to the countries they want to live in. We demand that the procedures for granting asylum and travel documents to be expedited so that refugees can travel.

We assert decent housing and living conditions for all refugees, the abolition of concentration camps and the prevention of any policy which
aims at their imprisonment. We demand equal access for refugees to health, education and social life. The struggle of refugees, migrants and locals against the policies that impoverish us is common!