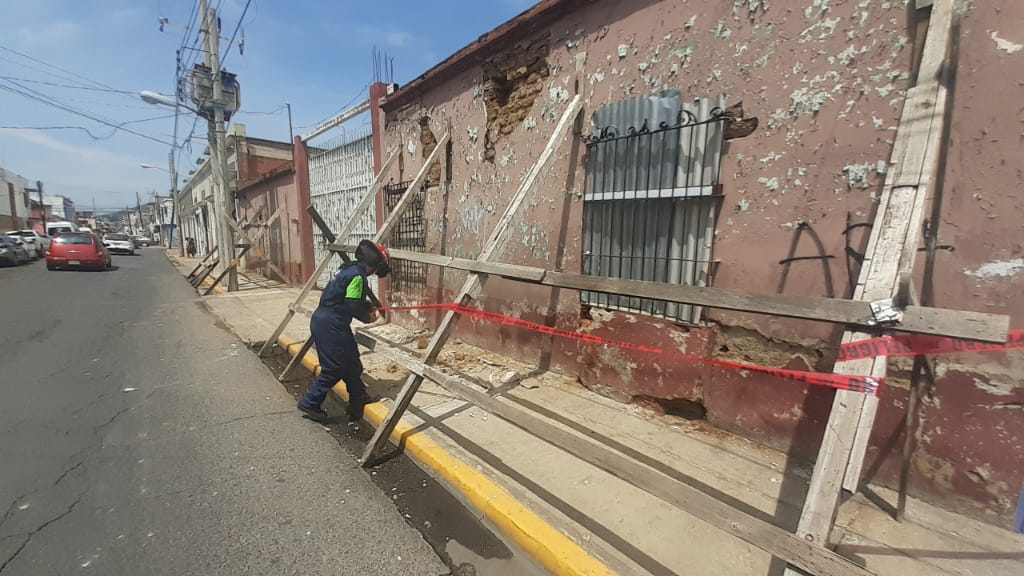 A powerful earthquake of magnitude 7.5 struck southern Mexico on the morning of June 23 at 10.29. At least six people died due to collapse of buildings and other accidents in the State of Oaxaca, which was the epicenter of the earthquake. The US National Oceanic and Atmospheric Administration (NOAA) issued a tsunami warning for the Pacific coasts of Mexico, Guatemala, El Salvador and Honduras, after the earthquake.

Thousands of people remained outside their homes for hours after the quake due to the aftershocks. Over 147 aftershocks were reported by noon, most of them small with magnitude between 3 and 5, which were felt hundreds of miles away in several states. These triggered seismic alarms in the capital, Mexico City, sending the residents onto the streets in panic. Power was also knocked out to some areas.

Mexico’s National Seismological Service (SSN) reported that 22 million people in the center and south of the country felt the earthquake with greater intensity. While the US Geological Survey estimated that some 2 million people felt strong or moderate shaking and another 49 million felt weak or light shaking.

In Oaxaca, hundreds of homes were damaged and a dozen people were injured. Hospitals, churches, bridges and highways also suffered damage. The quake triggered landslides, which cut off roads between the state capital of Oaxaca city and the coast, isolating several small villages.

Oaxaca’s Governor, Alejandro Murat, said that his administration implemented safety protocols “to monitor the streets and keep the population protected.”

Mexican President Andrés Manuel López Obrador (AMLO) posted three videos on his Twitter account, in which he was seen relaying updates from officials in Oaxaca, on a phone. Through the videos, president ALMO urged people in Mexico to remain calm and stay attentive to further seismic warnings.

Quakes of magnitudes over 7 are major earthquakes capable of widespread and heavy damage. Mexico is one of the world’s most seismically-active countries. It is located at the intersection of three tectonic plates. Mexico city is especially prone to earthquakes because it is situated on top of an ancient lake bed. In 2017, a 7.1-magnitude earthquake that struck central Mexico killed 355 people in the capital and the surrounding states.

The worrisome number of earthquakes is a matter of great concern for the Mexican government, especially amid the COVID-19 pandemic when the country is already facing challenges due to the health and economic emergencies. As of June 23, Mexico has 191,410 confirmed cases of the novel coronavirus and 23,377 deaths.