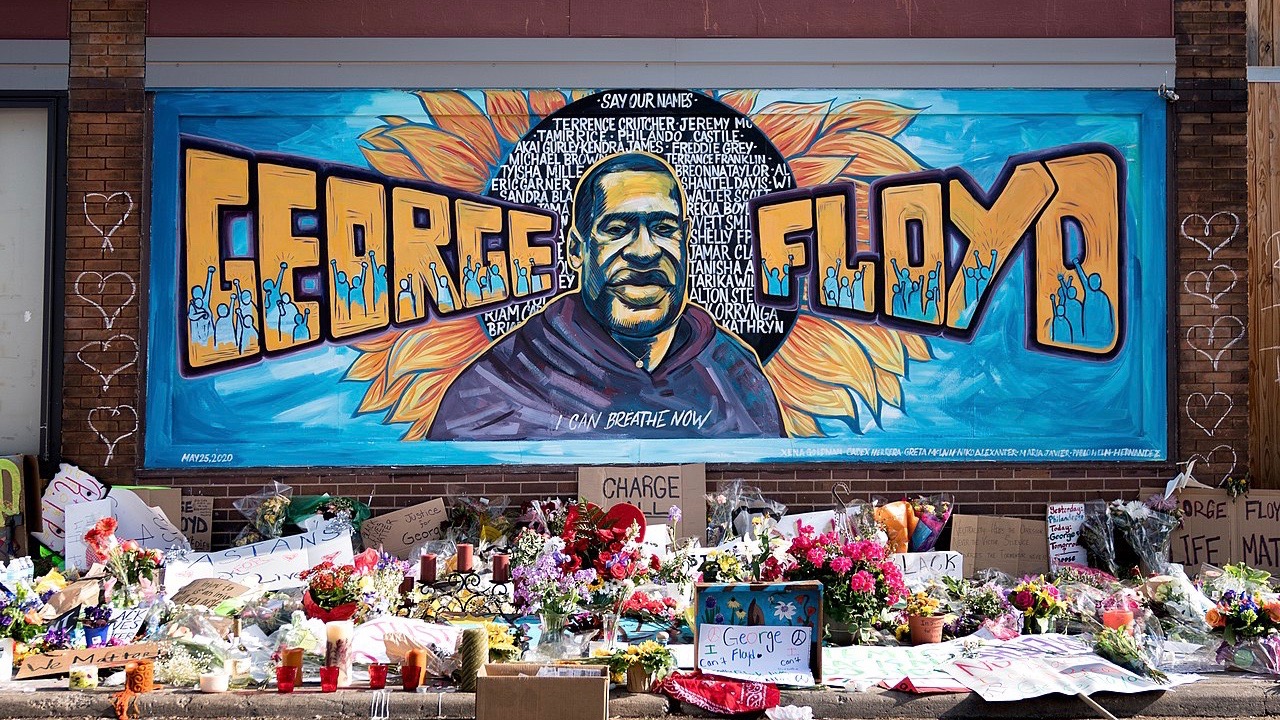 A mural commemorating George Floyd at the location where he was killed. Photo: Lauri Shaull/Wikimedia Commons

A month has passed by since the brutal killing of George Floyd at the hands of police officers in Minneapolis, Minnesota. The protests that erupted across the United States and continue to rage on have significantly altered the political landscape of the nation’s politics. Much like the protests of 2014-15 sparked by the murder of Michael Brown in Ferguson, the protests happening today have brought some of the perennial questions and unfinished business of the Civil Rights Movement.

From talks about police reforms to abolition of the police, from the lingering Confederate legacy to colonial-settler and slave-owning legacy of the “founding fathers”, from talks of inducing change through elections to changing the system altogether, people of the US are now debating the defining characters of their nation.

Let us revisit some of the breakthroughs that the movement has offered ever since the fateful day on May 25.

The city of Minneapolis, the epicenter of the movement right now, has witnessed, arguably, the biggest tectonic shift of them all. Within days, the Minneapolis Police Department was forced into retreat from one of its precinct offices. Within a week the city administration had to charge all the four officers, involved in Floyd’s death, under different counts of murder.

But what came as the most surprising was that the city council, which was more or less silent on complaints of police abuse until then, were forced to pass a binding resolution to dismantle the police. The resolution which was passed on June 12, came at a time when federal legislators and establishment liberals were talking about cutting funds to the police and introducing reforms in community interactions.

Cities like New York and Los Angeles, where police budgets run to over a billion, have agreed to take a few millions off next financial year. Democratic Party politicians have started talking about doing away with chokeholds and certain gears like tear gas canisters. But the resolution in Minnesota has shaken the reforms discourse and brought back the abolitionist demands of the Civil Rights Movement.

On the other hand, in the city of Seattle, protesters took matters in their hands and forced the city police and the administration into a physical from an entire neighborhood. The Capitol Hill Autonomous Zone (CHAZ) or the Capitol Hill Occupied Protest (CHOP) was formed on June 8.

CHAZ is the result of an occupation protest, where local residents and other protesters from across the city, pushed the police out of the Capitol Hill neighborhood, after days of stand-off. The stand-off itself was a result of confrontation with police, after several attempts at suppression in the area.

The day following the announcement of the police-free zone, thousands of protesters from other parts of the city, led by socialist councilor Kshama Sawant, marched at the city’s town hall and occupied it for a day. Sawant later led a push for sweeping police reforms in the city.

The impact of the rebellion from the people of Seattle was such that it was sought to be replicated at least in two other cities, and many occupying protests have started referencing the name CHAZ to name their direct action.

Of statues and national history

One of the key tactics employed by protesters to push for a national debate on the racist and colonial history of the US, was to attack prominent statues in different cities. For years, statues and monuments dedicated to the pro-slavery Confederate rebels in the American Civil War has been a matter of debate in several states in the south.

But the current spate of protests have taken to task the very national history of the US. Over a hundred statues and monuments have been toppled by protesters in different cities. Apart from that, several city administrations have issued notifications to move a few dozen statues as well. The numbers are not nearly as staggering as the targets.

Christopher Columbus, the 15th century Italian navigator, revered in the US as a pioneer for “discovering” the Americas, has been a particularly favored target this statue-removing season. The protesters have pointed out his role in massacres of indigenous peoples in the Caribbeans and holding slaves as part of the legacy of US’ colonial history.

Even former presidents and founding fathers like George Washington and Thomas Jefferson, or for that matter foreign figures like India’s Mahatma Gandhi, have not been spared. These acts are shifting the discourse on racist history and its legacy to merely some Confederate monuments in the US South, to a wider discussion of systemic racism and colonialism.

One of the most significant impacts that the movement has had is in resuscitating the much needed debate on racism and colonialism in other countries. In Australia, questions of the aboriginals’ rights to their lands, and the impact of the environmentally destructive and extractivist policies of the conservative government there have been reignited.

In the United Kingdom, the #RhodesMustFall campaign has sprung back to action, pushing for Britain to acknowledge not only its colonial history, but also extant anti-Black racism in the country. In Indonesia, a new language has been found in the anti-racism protests to articulate the oppression and continued occupation of West Papua.

Protesters remain on the streets in cities across the US and the world to demand structural changes and to continue demanding justice be served in the cases of Breonna Taylor, Rayshard Brooks and all the other hundreds of Black, Brown and poor people who have been killed by the police. How the situation evolves from here on remains to be seen. But even as we speak a new form of politics is being normalized, one that has shaken establishment in a way that has not been witnessed in decades.

US protesters rally in solidarity with Portland’s defiance of Trump 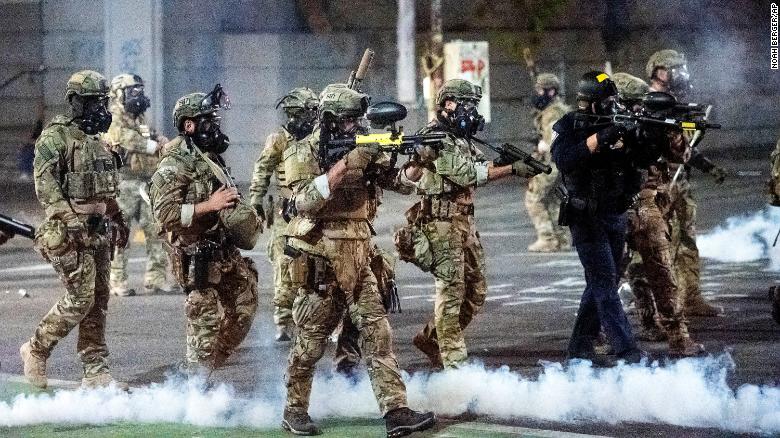 As anti-racism protests intensify across the US, violence on protesters grows
RECENT ARTICLES