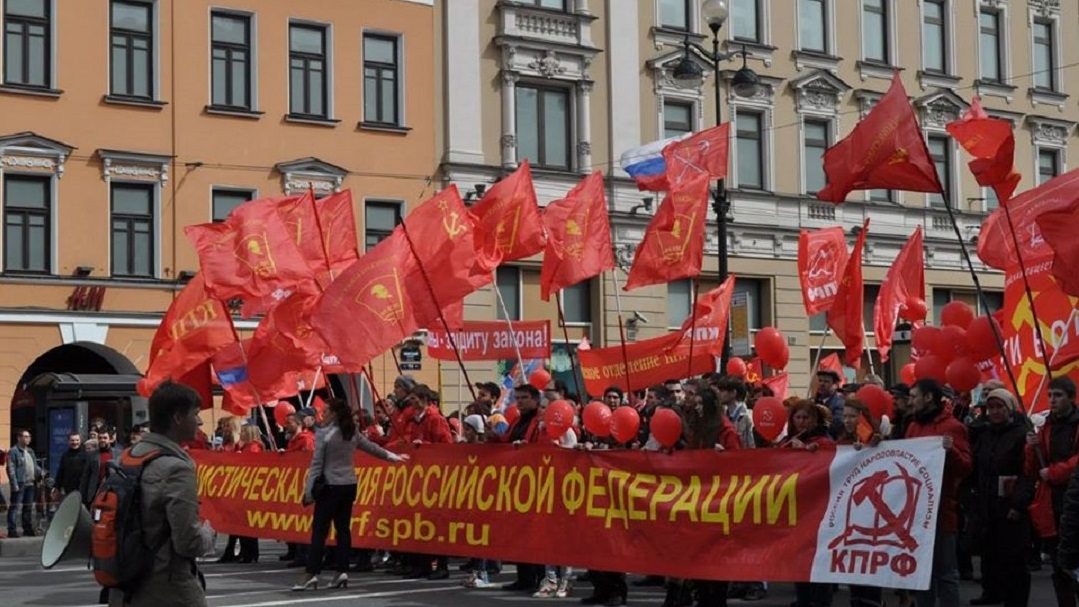 A referendum on the constitutional reforms proposed by Russian president Vladimir Putin began on June 25. The process will culminate on July 1. In this context, Peoples Dispatch spoke to Roman Kononenko from the Communist Party of the Russian Federation (CPRF), as well as the Central Committee of the Leninist Komsomol of the Russian Federation regarding the party’s position on the president’s policies and his handling of the COVID-19 pandemic. This is the first of a two-part series.

Peoples Dispatch (PD): What is your take on the constitutional reforms initiated by Vladimir Putin?

Roman Kononenko (RK): The proposed amendments generally do not lead to a rejection of presidential autocracy and oligarchic rule and do not make Russia a social state. They do not ensure national security and genuine sovereignty. Under these conditions, the position of the Communists on the “All-Russian vote” is based on specific conclusions and firm principles.

We did not vote for the Yeltsin constitution imposed in 1993. This document is saturated with the blood of the defenders of the House of Soviets, the burns of the war in Chechnya, and with the tears of the humiliated and those robbed. It legitimized predatory privatization, opened the gateway to the pogroms in economics and medicine, science, culture, and education. All these years, only communists have persistently fought for the revision of the constitution on the basis of the main principle: power and property – to the people.

When constitutional reform began, we immediately got involved. The Communist Party has made 108 amendments to the Basic Law. We suggested holding a wide discussion. In fact, the government ignored 15 key proposals aimed at decisively changing the vicious socioeconomic course. The parliamentary majority of United Russia [the party associated with Putin] refused to support all our laws that improve the situation of workers.

Amendments to the Basic Law cannot be adopted in a hurry. We have already demanded that the Constitutional Assembly be convened. We have introduced a draft law on its formation. Instead, United Russia hastily dragged constitutional amendments through the State Duma. They were immediately approved by the Federation Council. Their approval was announced by the president of the country. In such circumstances, the July 1 vote will be rather of a ritual character. It does not have the status of a referendum, does not fit with the electoral law. All this once again exposes the shame of bourgeois democracy.

The “All-Russian vote” is organized by the Central Election Commission according to a legally dubious procedure. Each specific amendment is not separately voted on. The vote “for” or “against” changes can be expressed only in bulk. There are unlimited possibilities for fraud. Voting becomes multi-day. The authorities are pushing hard for electronic and postal voting, for which there are no forms of public control. It serves as a testing ground for developing new methods of falsification in future elections.

We are sure that everyone should express their opinion in accordance with their conscience, taking care of the future of their children and grandchildren. Everyone is called upon to decide: is it possible to vote for the “new edition” of the Yeltsin’s constitution? Our answer is no. We cannot support such a document.

Our alternative is a program to mobilize Russia for a dynamic movement forward. It involves the nationalization of key industries, strategic and tactical planning, the development budget, the revival of science and culture, education and healthcare, the rejection of raising the retirement age, support for national enterprises, and a range of other measures.

The coronavirus pandemic and the psychosis of fear sharply intensified the crisis in the global economy. Global capitalism is not able to solve the problems it generated. A systemic crisis poses a mortal threat to the world. It can be resisted only on the principles of socialism. The communists are for their consolidation in the Basic Law, for their confident and rigorous implementation.

PD: How did Russia become one of the hotspots of COVID-19? Is it happening because of the lapses on the part of the Russian government?

RK: The viciousness of market fundamentalism imposed on Russia is evident. Despite this, the dismantling of applied science, which is the basis of the economy, and the  Soviet education system continues. The authorities do not want to abandon further “optimization” of the medical sphere.

In recent years, our oncological morbidity has increased by 20%. According to the World Health Organization, Russia came out on top in Europe in terms of the spread of HIV. By the number of tuberculosis patients per 100 thousand people, we are now in the same group with the African states of Mali and Rwanda. But the Soviet Union was the first country in the world to stop the mass spread of this disease!

Between 2017 to 2020, 42% of medical staff were laid off in the country. The authorities do not want to admit how hard the total reduction in the number of hospitals and clinics has come back to haunt us when we faced the coronavirus epidemic. They are silent about the dangerous consequences of the total dependence of domestic pharmaceuticals on imports. The attack on the Russian small-scale industry had the most negative effect on the medical sphere. There was an acute shortage of protective masks that had to be imported from abroad: there was no one to sew them in Russia. Operational testing of patients was difficult due to the lack of an elementary item – rubber nozzles for pipettes: domestic manufacturers cannot cover the need of medical institutions even for such elementary products!

Such are the frankly shameful and, without exaggeration, monstrous realities generated by the system of wild capitalism, which reduces our economy to the level of a supplier of primitive raw materials and an appendage of imperialism.

Against the backdrop of the growing crisis, sharp criticism of the socioeconomic course being pursued in Russia is increasingly being heard from various sides. Increasingly, people are beginning to recognize that by embarking on the neoliberal path and acting on the dictates of the IMF and transnational capital, the authorities made choices that are destructive for the country and society.

But only a few dare to tell the complete truth, which is that this is not just because of socio-economic model has reached a dead end, but the vicious capitalist path of development.

PD: What has been the impact of the COVID-19 on the Russian working class? Tell us about the Komsomol’s intervention in the  #SVOIKH NE BROSAYEM! Campaign.

RK: First, we need to make a clarification. Under the pretext of the COVID-19 pandemic, the government banned all public events in the country. Therefore, the arsenal of protest activity of the Komsomol organization is very limited.

Therefore, in March 2020, the Central Committee of the Komsomol launched the campaign “We don’t leave our people alone!”, which is designed to provide support to elderly people in the conditions of self-isolation – veterans of war and labor, of the Armed Forces and the Communist Party. These people built a great country, successfully fought outbreaks of cholera, plague and smallpox. Even now, despite their advanced years, they remain real fighters, mentors, and are helping young people.

The coronavirus pandemic dramatically changed life for the older generation. Due to the fact that older people are most vulnerable to COVID-19, it is especially important for them to observe the regime of self-isolation, avoid visiting crowded places, and limit social contacts. In these conditions, they, as never before, need support and care.

Activists of the Leninist Komsomol have shown that they are ready to help: deliver groceries, fresh newspapers, and necessary medicines, support the elderly with a kind word – this is the least that Komsomol members can do for older comrades.

The action takes place throughout the country: from Kaliningrad to Vladivostok. Every day, dozens of activists of the Komsomol of the Russian Federation visit the elderly and deliver the necessary products and basic necessities. Headquarters have been set up in most regions to monitor the situation and provide prompt assistance to the population. Komsomol members in many regions have opened special hotlines through which those in need can seek help, including legal assistance. They provide support not only to elderly people but also to the poor, large and single-parent families, as well as families with children with special capabilities. In the face of rising unemployment and soaring food prices, this category of the population is struggling to survive. The coronavirus pandemic showed that the capitalist Russian state is not able to provide the population with basic personal protective equipment. In this regard, Komsomol members also conduct the free distribution of medical masks to the population.

Despite all the difficulties, Komsomol members are sure that together, we are stronger than viruses. In the conditions when bourgeois authorities have actually left citizens to their fate, only comradely mutual assistance can help. This campaign of the Central Committee of the Komsomol will continue further.