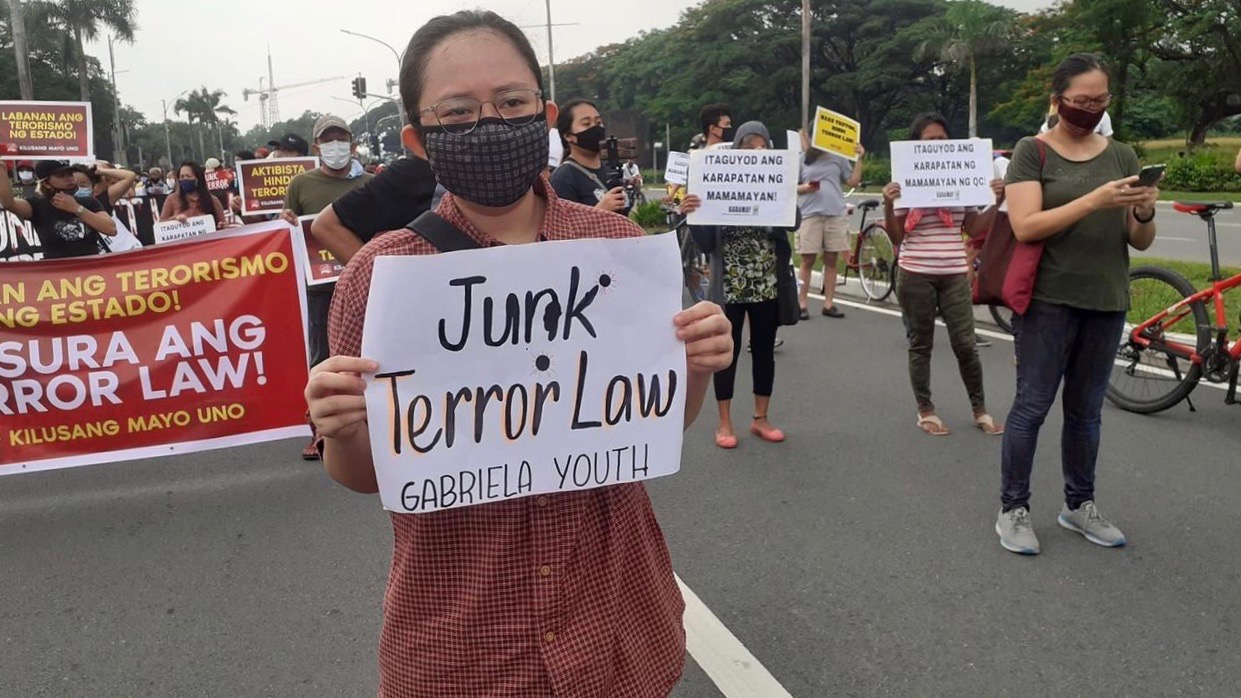 Philippines president Rodrigo Duterte is facing widespread condemnation for the controversial Anti-Terrorism Act of 2020, which he signed into law on July 3, Friday. Multiple petitions were filed against this latest legislation at the Philippines supreme court on July 6, calling for it to be struck down as anti-constitutional.

The law gives wide-ranging powers to a new extra-judicial body called the Anti-Terrorism Council (ATC). Activists have said that the law makes it far easier for the government to criminalize dissent and crack down on critics.

House minority leader Edcel Lagman is among the petitioners against the law, besides several human rights lawyers and religious groups. The left-wing Makabayan bloc and the Catholic congregation De La Salle Brothers or Lasallian Brothers are also petitioners.

On Saturday, protests against the law took place at the University of Philippines Diliman in the capital city, Manila. The protests were organized by the youth faction of the Gabriela Women’s Party (GWP) which is an affiliate of Makabayan. Other social movements and religious groups also came out in protest or openly condemned the law over the weekend.

In a statement responding to national security adviser Hermogenes Esperon’s accusation that those against the new law “could be supporters of terrorists,” GWP said that “Duterte and his cabal of generals are playing up the terror hysteria to escape liability over non-distribution of much-needed cash aid, alarming exponential rise in COVID-19 cases and record joblessness.”

The Lasallian Brother, in a statement released on social media, said that “While threats to our national security need to be addressed, the law, as crafted, is oppressive and inconsistent with our constitution.”

“This fight against terrorism should not and should never be a threat to the fundamental freedoms of all peaceful Filipinos,” the congregation added.

The new law, in effect from June 5, was pushed through the Philippines Congress by the Duterte administration in the middle of the COVID-19 pandemic. It replaces the existing Human Security Act of 2007 and also changes the definition of “terrorism”  to include any attempt to “create an atmosphere to spread a message of fear, provoke or influence by intimidation the government or any international organization… or create a public emergency or seriously undermine public safety.” It also removes protections against wrongful detention.

The Anti-Terrorism Council has powers to arrest suspects without warrant and detain them for 14 days, which may be extended up to 10 more days with government permission. It can also put people under surveillance for 60 days, extendable for another 30 days, without a warrant. The law does away with all protections for citizens against wrongful arrests under the charges of terrorism, and makes compensation conditional on government approval.

The Duterte administration has faced massive protests for its mismanagement of the novel coronavirus outbreak. Many have raised concerns that these protests may also be construed as terrorism under the new law.