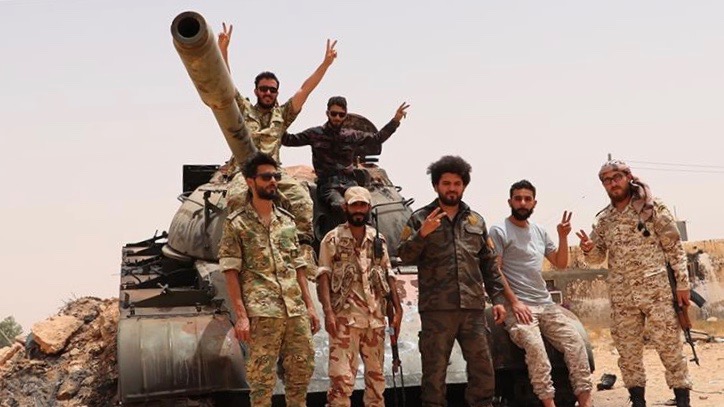 The war in Libya is a classic example of how new age imperialism prefers chaos to a government that can withstand and restrict its regional and global aspirations. Countries seeking regional hegemony and aspiring to control Libyan oil have been exploiting political and ideological differences among the post-Gaddafi ruling elite in Libya, sowing the seeds for further division and chaos. The NATO-led invasion of the country in 2011 has also opened up space for countries such as France, Turkey, Egypt, Russia, UAE and Qatar, among several others, to further their interests in the region through the Libyan conflict, however, often at the cost of the common people in the country.

Libya was ruled by strongman Muammar Gaddafi for more than three decades, which was also one of its most stable and prosperous periods. It has plunged into chaos since Gaddafi’s assassination. Today, in the country of less than 7 million people there are numerous mercenaries, both foreign and domestic, fighting against each other. The United Nations has raised concerns about “mass graves” being uncovered in the country. Every year since 2011, hundreds of migrants and refugees have died while fleeing Libya or trying to cross the sea to Europe. Prisoners of rival camps are also often killed, while thousands of civilians have died in cross firing. There is no authority to be held accountable for all this.

Once the most prosperous country on the African continent with high living standards for its people, Libya is currently in its tenth year of war with two rival governments claiming legitimacy through their rag-tag armies made up of local and foreign mercenaries. The war has destroyed the Libyan economy and caused levels of impoverishment not seen for decades.

The fourth largest country in Africa is now divided between the Tripoli-based Government of National Accords (GNA), led by prime minister Fayyaz al-Sarraj, and the Khalifa Haftar-led Libyan National Army (LNA). The GNA is UN-recognized and controls a small part of the territories in and around Tripoli, that too with the help of local mercenaries and Syrian rebels deployed by Turkey. The rest of the country is controlled by the LNA, also made of local and foreign mercenaries (Sudanese and Chadians) along with the majority of the remnants of the Libyan state army. It is supported by the House of Representative, the de facto Libyan parliament elected in 2014, based in eastern city of Tobruk. The head of the House of Representative, Aguila Saleh Issa, acts as the virtual head of the state though the real power is in the hands of Khalifa Haftar.

A large part of the Libyan territories, largely in the south, are controlled by local tribal leaders who have refused to directly participate in the war. However, most of them have expressed their support to the LNA.

For almost a year since April 2019, Khalifa Haftar had besieged the capital Tripoli, attempting to capture it and “unify the country”. However, his attempt failed miserably when in May and June, the GNA forces were finally able to dispel LNA fighters and recapture a large part of the territory including the nearby town of Tarhuna along with al-Watiya airbase. Turkish forces along with the GNA forces have since then moved on to “liberate Sirte”, a coastal city to the east of Tripoli considered as the gateway to the oil production regions of Libya currently which are under Haftar’s control. 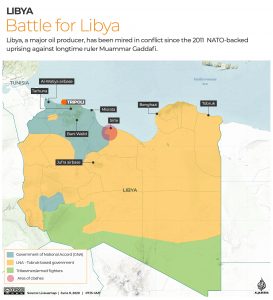 Regional angle in the escalation in the conflict

Libya has Africa’s largest oil reserves and was one of its leading exporters before the war. However, post 2011, the oil producing regions were controlled by local chiefs, including by Islamists forces such as ISIS. Haftar established his control over these regions in central Libya after defeating the local forces and the Islamists in 2017-18.

During the intermediate years, oil production, though reduced, had continued with local chiefs selling it to the GNA, with the money going to the Central Bank of Libya in Tripoli. However, regional countries in support of Haftar had imposed a blockade on the export of oil from Libya’s state-owned National Oil Company. Haftar had also imposed a ban on production once it was under his control, claiming that the Central Bank of Libya is not fairly distributing the share of oil revenues of the respective governments.

The latest offensive on Sirte has led to a growing polarization within the regional and international supporters of Haftar, as well as the United Nations which sees it an intensification and escalation of the war situation that can snowball into a regional conflict. Egypt, which supports Haftar, has threatened to send its armies if the GNA goes ahead with its offensive. Turkey claims that Egypt’s threat is an attempt to prevent the “legitimate government in Libya” from taking control of its own territories. It has been reported that Turkey is pushing for the Sirte offensive.

Turkey vs the rest

After signing an accord on security cooperation with the GNA last November, Turkey has deployed its air defense and redeployed some of its fighters from Syria in Libya. It also supplies weapons to the GNA fighters in violation of an arms embargo imposed by the UN.

Meanwhile, international players like France and Russia have their interests aligned with Haftar and Egypt, and are also directly involved in the conflict. France, a fellow NATO member, blames Turkey for the escalation. Commenting on Turkey’s role in Libya, French president Emmanuel Macron said last week that, “it’s a historic and criminal responsibility for a country which claims to be a NATO member.”

France, along with Greece and Cyprus, has opposed Turkish attempts to establish hegemony in the eastern Mediterranean Sea. France has also opposed Turkish support to rebel forces in Syria. It has accused Turkey of harassing its naval patrols and suspended Turkish participation in the NATO-led regional exercise, Operation Sea Guardians.

France supported the Egypt-led “Cairo Declaration” signed in June, asking for a ceasefire in Libya. Turkey has denied the legitimacy of the declaration and alleged that France’s role has been disastrous for Libya. As per Turkey, France has tried to increase the Russian presence and defend Haftar’s interests.

Egypt under Abdel Fattah al-Sisi formed an international alliance with countries such as Greece, Cyprus, France and the UAE in May this year. Egypt has also opposed Turkish attempts to excavate in the territorial waters of Cyprus. Turkey, on the other hand, had signed agreements with the GNA in November 2019 related to maritime boundaries and security cooperation.

Italy and Qatar are two other countries which are in favor of the GNA and, therefore, the Turkish moves. However, Russia has played a balancing role between both the parties in Libya. Wagner, a private security company considered close to Vladimir Putin is considered to be supplying mercenaries to Haftar. Russia is also accused of providing air defense support to Haftar’s forces. However, officially Russia has never taken a clear stand and has tried to play the role of a mediator. Given its equations in Syria, Russia would like to get Turkey involved in Libya.

The role of the US is most unclear. Though it officially supports the GNA government, it has been reported that Haftar has the backing of the CIA. It seems the US does not want to be seen clearly on the side of any party for the sake of its future interests. Meanwhile, its forces are involved in Libya in an operation against ISIS with clear coordination with the Haftar forces.

The Skhirat Agreement (Morocco) signed under the good offices of United Nations Mission in Libya (UNMIL) on December 17, 2015, which had created a 9-member presidency council with representations of all factions in Libya and is the basis for the current Fayyaz al-Sarraj-led GNA, has clearly failed. The House of Representatives and Haftar have refused to engage with the GNA due to regional and international pressures. Both the UAE and Egypt do not trust the GNA leadership because of ideological and historical reasons. However, the refusal to engage is also rooted in local power equations.

United Nations’ special representative for Libya, Ghasan Salame had proposed a three-point peace plan to the UNSC in June 2019. The plan talked about cessation of hostilities as the first step, to be followed by an international conference and intra-Libya talks.

In January this year, Russia attempted to mediate a ceasefire between Haftar and Sarraj in Moscow in the presence of Turkish representatives. Despite its failure, a global peace conference was hosted by Germany in Berlin on January 19. Though there were no direct talks between Haftar and the GNA, the conference adopted a six-point agenda for peace, including an arms embargo, ceasefire, and the resumption of intra-Libya talks. However, none of these steps have been taken up as yet.

There were reports of negotiations initiated by the NOC between the GNA and LNA, under the supervision of the UN, the US, France and Egypt, in order to resume oil production. The talks also involve the tribal leaders in Libya, but the likelihood of their success is uncertain given the status of hostilities.

According to the proposals put by the NOC, the revenue from oil production would be split into three parts and deposited in three different banks on the condition of non-use for military purposes. However, it is unreal to hope that resumption of oil production will bring peace to the country, especially at a time when oil prices are at a record low in the international market due to oversupply and low demand.

In order to silence Ghaddafi, the US and NATO forces had exploited all political and ethnic fault lines in Libya and pitched various political groups and tribal leaders against one other. Elections held within months of the killing of Ghaddafi were an attempt to legitimize all kinds of contradictory claims in the country within the General National Congress (GNC). The GNC was expected to complete the formation of a transitional government within 18 months.

As in Egypt, absence of any alternative organized political force led to the victory of Muslim Brotherhood-affiliate Justice and Construction Party (JCP) in the elections. This led to a number of pro- and counter mobilizations at both the domestic and regional level. JCP, long waiting to put its agenda to reality, pushed really hard for it and isolated itself in the process. The GNC was forced by the JCP and its supporters to pass the Political Isolation Law in 2013, virtually banning all existing political elites from the institutions of power. Following this, political disorder in the country became out of control.

The hostilities between the sets of aspiring political elites and those already in power were provoked by international forces, particularly French-led NATO, with the objective of maintaining a grip on the oil resources and for hegemony in regional politics. This situation escalated to a war, with other players including Turkey having their own reasons to intervene. Recep Taayip Erdogan-led AKP in Turkey has clear affinities with the JCP, which could help Turkey fulfil its regional aspirations.

Khalifa Haftar’s role is in many ways similar to Sisi’s role in Egypt. It was his initiative which forced the GNC to give up power in 2014 and organize fresh elections in June, constituting the House of Representatives. However, unlike in Egypt where the military was firmly under Sisi, in Libya it was divided, forcing the House of Representatives to move base to Tobruk. Since then, Tobruk is supported by Egypt as an outpost of its battle against the Muslim Brotherhood.

Both Egypt and Turkey have economic and strategic interests in Libya. Turkey sees the GNA as an opportunity to consolidate its maritime and regional claims, whereas Sisi-led Egypt views it as a danger to its political and economic stability. The ideological affinity between the GNA and the current Turkish government is an added reason for the escalation from both sides. Whether it will turn to a regional war is yet not clear. 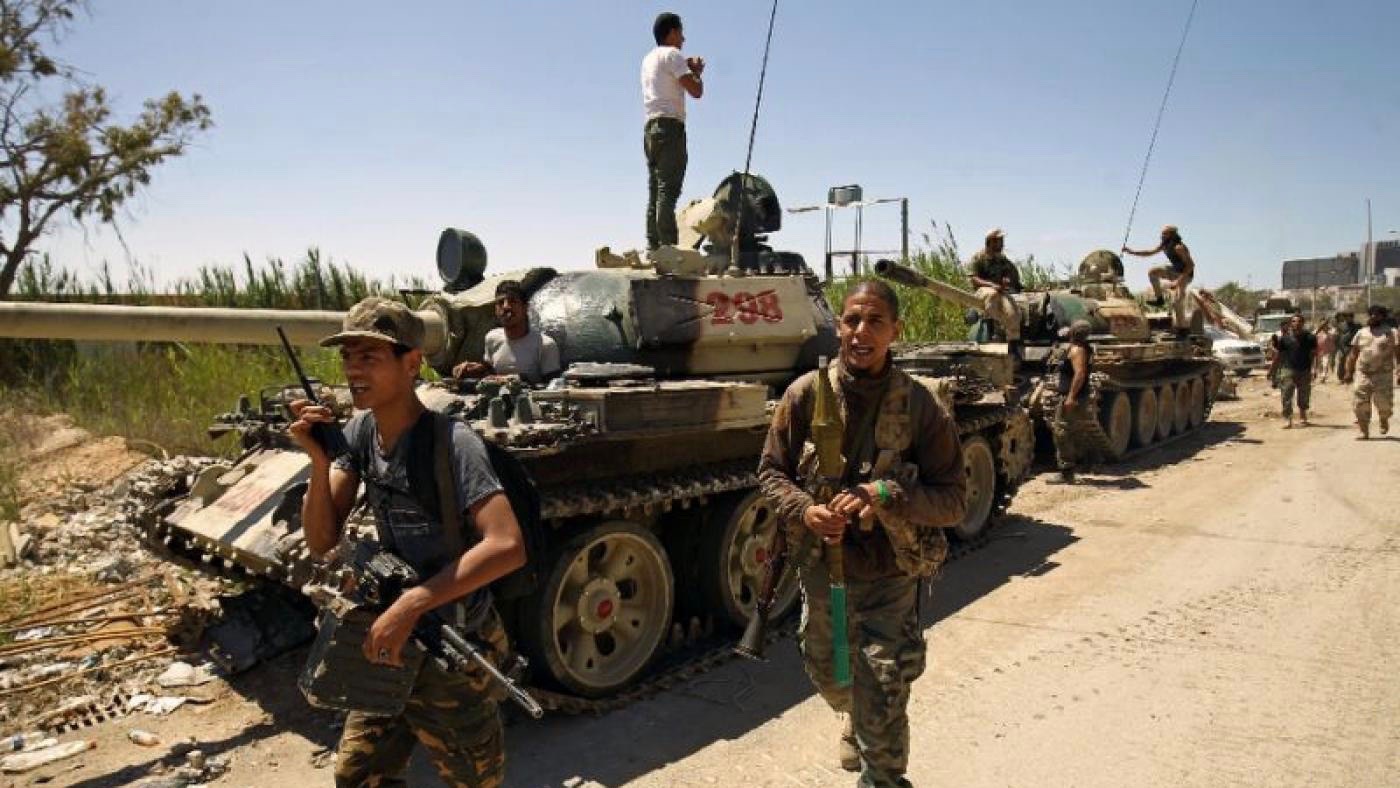 Time is not on our side in Libya 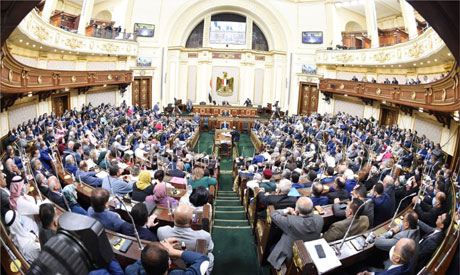