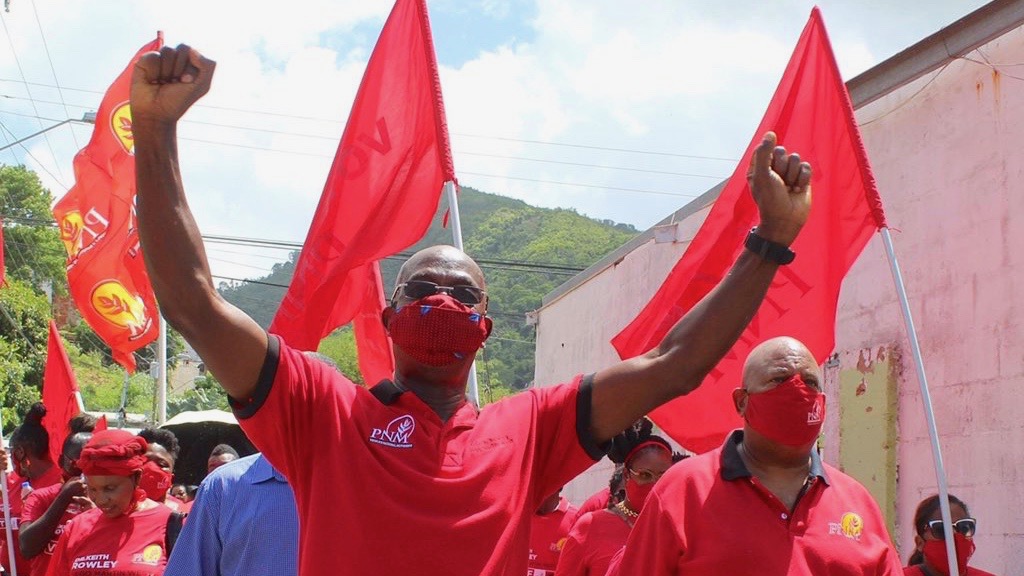 The Prime Minister of Trinidad and Tobago, Keith Rowley, claimed victory for his ruling People’s National Movement (PNM) party in the general election held in the country on August 10. The preliminary results showed the ruling PNM party won 22 of the 41 seats in the House of Representatives, while the opposition party, the United National Congress (UNC) led by former prime minister Kamla Persad-Bissessar, won 19 seats.

Following the announcement of preliminary results, late in the night of August 10, in the capital city, Port of Spain, Rowley addressed the citizens from a stage set up outside the party’s headquarters and declared that the PNM had won the election.

“Every election is important but I think this election is particularly important because it heralds a period that is difficult for the country,” said Rowley in his victory speech, which was also broadcasted on national television.

The elections took place amid the concerns over the novel coronavirus pandemic and recession in the oil-rich country. Trinidad and Tobago has suffered a double-economic-shock due to the restrictions arising from the COVID-19 pandemic: the shutdown of economic activities and the collapse in international oil prices.

In conversation with Peoples Dispatch, Ozzi Warwick, the Chief Education and Research Officer of the Oilfields Workers Trade Union (OWTU), highlighted that PNM’s victory has both positive and negative aspects. Its victory will strengthen regional integration, while the continuation of Rowley’s neoliberal economic policies will remain a matter of concern for the working class.

“In light of the neoliberal policies over the last 5 years, there was the feeling that there would be a change. However, trade unions were very concerned about the opposition because of their support for Trump’s position on Venezuela. We were of the view that if the opposition had been victorious, they would have towed the right-wing Trump line,” said Warwick.

Retrenchments in the public sector, removal of gas subsidies, increase in the market price for natural gas, closure of major industries such as steel industries, national oil company, downstream petrochemical, Unilever manufacturing section, etc., leading to mass dismissal of workers, are some of the austerity measures adopted by the PNM during the past 5 years.

Warwick stressed that the trade unions will keep fighting against the government’s anti-worker and neoliberal reforms.

The Elections and Boundaries Commission (EBC) is still tallying the votes and the official result is expected to be announced sometime this week. UNC leader Kamla Persad-Bissessar, who hasn’t conceded her defeat, requested for recounts in three electoral districts. In total, recounts are going on in five constituencies.

In total, 146 candidates from 19 political parties and 4 independents contested in the parliamentary elections. However, since 1991, the country has been alternatively governed by the PNM and the UNC. The PNM won the 2015 elections with 23 seats and ousted the UNC from power that had won 17 seats.

Over 1.1 million citizens were eligible to vote and despite the COVID-19 restrictions, the voter turnout at the polling stations was fairly good (58.04%).

The polls opened at 6:00 am with social distancing and hand sanitizing measures in place. However, wearing face masks was not mandatory. The voting process continued after 6:00 pm at some polling stations because hundreds of voters were still lined up to exercise their right.

The country went into lockdown in March. It has registered a relatively low number of cases and deaths and successfully handled the outbreak like other Caribbean countries. However, the number of cases has risen since it started easing quarantine measures and reopened economic activities. Currently, it has 179 active cases.