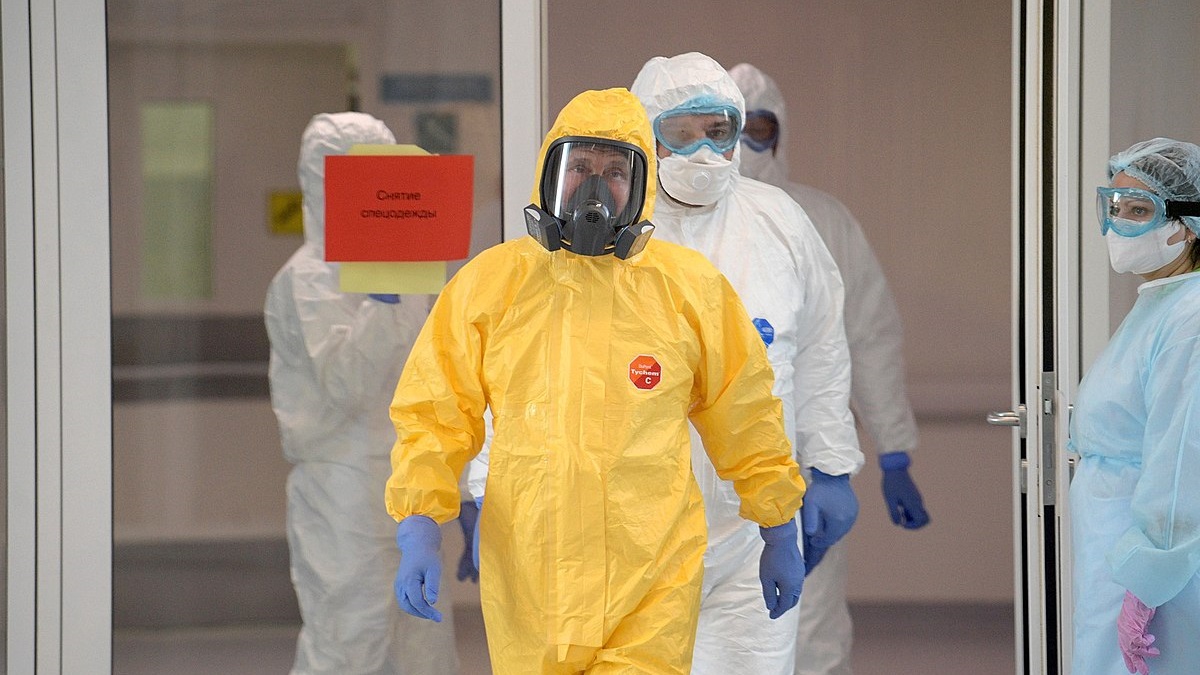 Peoples Dispatch talks to Roman Kononenko – Secretary of the CC of Leninist Komsomol, member of the CC of Communist Party of the Russian Federation (CPRF) on the domestic and foreign policies of the Putin government, as well the scope of resistance from the left.

PD: How do you evaluate the policies pursued by Vladimir Putin especially regarding labor rights, the rights of youth, women, new employments, pension reforms, transparency in the electoral system, etc?

RK: Today, the authorities have a dual task: to nullify their obligations to citizens and at the same time relieve themselves of any legal responsibility for this. This principle applies to all socio-economic policies.

A direct reflection of this principle is the anti-people pension “reform” deployed in the country. It represents an outright robbery of those who honestly worked for many years for the good of the country and society. They are now deprived of the right to go on a well-deserved rest by receiving a legally earned pension.

I would like to emphasize that the global speculative model of capitalism has collapsed almost forever. Putin’s government is embedded in the tail of this system and are trying to get out of the crisis, guided by the same instructions of the IMF and other US financial institutions. But this way leads the country into nowhere.

Look at the situation. The USA is a leading imperialist power, but it faces massive unemployment. Almost 40 million people have already stated that they urgently need help. Protests hit fifty American cities. The decline in production amounted to almost 20%. In the European Union, this indicator is 5-10%. Even one of the most powerful countries, Germany, is experiencing great difficulties.

The Russian authorities are pretending that everything is fine with us. But this is complete nonsense! Russian citizens lost 22% of their income, despite the fact that in previous years they have already lost 12%.

Our situation is absolutely ugly. The poor became poorer, the so-called middle class went bankrupt, while the oligarchy grabbed $ 62 billion or almost four trillion rubles in two months. Therefore, it is fundamentally important for us to show that the continuation of this course is not just a dead-end for the country, it is absolutely destructive.

PD: How do you evaluate Putin’s foreign policy regarding the European Union, the war in Syria, relations with the US, Iran, Latin Amerca, etc?

RK: If we argue strictly in Marxist style, we can see that post-Soviet Russia has actually turned into a new imperialist power. And it is more and more resolutely and actively joining the struggle for world markets necessary for the Russian monopolistic bourgeoisie. The new Russian imperialism started to feel uncomfortably in the rigid framework of a unipolar world outlined for it in the early years of the post-Soviet period.

The West has responded with a containment policy that includes the broadest arsenal of sanctioned methods of political, economic, military and propaganda pressure, aimed at least to block further development of the country, to keep it in the role of a secondary world power. A classic example of inter-imperialist squabble is the U.S. government sanctions imposed on the aluminum empire of Russian oligarch Deripaska in April 2018. The formal pretext for their introduction was the “wrong” behavior of Russia in international affairs, in particular, in Syria, Ukraine, etc.

The harsh and clearly unexpected reaction of the collective West to the growing demands of a new undesirable competitor in the person of Russian imperialism has confused the conceptual foundations of the country’s leadership in the development of the state and society. Life has shown that the ideological allies of current Russia represented by the Western imperialist powers in the shortest possible historical time have turned into its worst political opponents. At the same time, the countries “ideologically alien” to it, following the socialist path of the country – China, Cuba, Vietnam, etc. – have shown themselves to be real partners in establishing our country on new world borders, as well as in resolving a number of acute international problems in a plan favorable to Russia.

The countries that are on the path of building socialism and are ready to support many of the Kremlin’s actions in the international arena do this because they see in them a certain counterbalance to the aggressive policy of the West and, thus, an instrument to protect their own interests. A number of developing countries are not averse to follow this example, however, due to various kinds of circumstances, they are not able to do this.

Dominating the foreign policy of Russia, the desire not to quarrel with the West leads to a distortion of priorities and weakening determination in protecting national interests in various parts of the world. Relations with countries close to us on the territory of the former USSR look problematic. The progress in the creation of the Union State with Belarus, which so far has not yet become either an allied or a state association, has stalled firmly.

Toothless, slow and shortsighted, implicated not on national but on private selfish interests, our policy towards Ukraine looks like. It was originally based on a desire not to harm large-scale national business with abrupt movements, naive hopes of an amicable arrangement with the Kyiv regime, and not to aggravate already very tense relations with the West, which, according to some Russian politicians, would eventually “get tired” of Kyiv authorities and will take a more constructive position for Russia.

Thus, we must admit that constantly acting with an eye on the West, as well as on the mercenary considerations of certain groups of the Russian bourgeoisie and related representatives of the highest echelons of state power, the Russian leadership allowed the emergence of a political entity extremely hostile to Russia at its southwestern borders, which is not so much an independent subject of international relations as an anti-Russian instrument acting in the interests of the United States.

The oil and gas self-interest of Russian capital pushed it against the policy of a powerful detachment of the forces of Western imperialism in the Middle East and specifically in Syria. In fact, behind the ideological and propaganda curtain of real events today in Syria there is a struggle for the future of Russian-European energy cooperation. The paradox at the same time is that, even having won the tactical gas “battle for Syria”, Russia, if it does not reconsider the nature of its ties with the West, will inevitably lose the strategic campaign to turn into a highly developed industrial power.

The country’s policy in other parts of the world, for example, in Latin America and the Caribbean, looks lost and obscure. In the rapidly changing kaleidoscope of events, Russian diplomacy has largely lost its historical and political guidelines for determining the main vectors of development of the situation on the continent and priorities in choosing partners for cooperation. The enthusiasm that was observed several years ago regarding the prospects for interaction with center-left governments in the countries of the region was replaced by hardly explainable optimism regarding reliable and sustainable cooperation with the right-wing regimes that replaced them.

Latin American countries have not succumbed to Washington’s pressure to curtail cooperation due to the 2014 Ukrainian events. They did not follow the traditional West in the case of the expulsion of Russian diplomats after the poisoning in the UK of the father and daughter of Skripals in 2018.

Especially today, sophisticated bourgeois propaganda should be opposed by a deep and refined scientific study of processes and phenomena observed in the world to reveal their background, passing through a powerful x-ray of class analysis.

PD: What’s your take on the ongoing political persecution of the communists and socialists in the other post-Soviet Republics?

RK: Strengthening relations between peoples living on the territory of the former Soviet Union, strengthening their comprehensive contacts, establishing the power of the Soviets – this is the guarantee of our future unification into a single Union of fraternal peoples. Today in the post-Soviet space there is only one organization working to bring the peoples of the former USSR closer together, to strengthen the social and economic integration of the countries of the former Soviet Union. This organization is the Union of Communist Parties – Communist Party of the Soviet Union (UCP-CPSU). On a daily basis UCP-CPSU is working in all, without exception, republics of the former USSR, collecting grain by grain, restoring lost connections. The UCP-CPSU consists of 17 communist parties: these are the communist parties of the republics that were part of the USSR, as well as South Ossetia, Abkhazia, and Transnistria.

We are well aware that the challenge facing us is incredibly complex. And the first step towards building a new Union State should be the uniting all the peoples of the former USSR around the communist ideology. Its propaganda is a priority for all of us. Therefore, the UCP-CPSU is fighting for the revival of the ideals of socialism on a vast territory, on all directions and fronts, for the significance of this work is the guarantee of prosperity and development for all peoples without exception who once lived in the USSR.

The oldest party in modern Ukraine – the Communist Party of Ukraine, is confidently occupying the Marxist-Leninist platform and advocating the speedy consolidation of the former republics of the USSR. However, today, as a result of the pro-fascist coup d’état in Kyiv, the party was virtually banned and forced to continue the struggle underground. The Russian Communists are helping Ukrainian comrades conduct a judicial struggle to achieve the lifting of the unconstitutional ban of the Communist Party of Ukraine.

Today, Moldova is experiencing another political crisis. The current leaders are no longer able to cope with the economic and political processes in the country. In this situation, the Communist Party of Moldova looks confident.

In the neighboring Transnistrian republic, authorities launched attacks on the Communists. The leader of the Communist Party of Transnistria Oleg Khorzhan was arrested on trumped-up charges. Repressions against communists take place in the republic against the background of the fact that for decades the people of Transnistria have been deprived of such universal rights as the right to freedom of movement, freedom of choice of citizenship, freedom of foreign economic activity, quality education, health services and a decent standard of living in general.

Communists of Kazakhstan are regularly harassed. The activities of the CPK are now prohibited by the authorities of the republic. Nevertheless, the Communists do not stop their work for a minute in the underground.

Communist parties of Armenia, Azerbaijan, Kyrgyzstan, Georgia and Abkhazia are distinguished by their active participation in the communist movement and work as part of the UCP-CPSU. Their contribution to the cause of building a society of social justice cannot be underestimated.

UCP-CPSU is actively carrying out work throughout the territory of the former USSR, in all the formerly Soviet republics, without exception, collaborating with their Communist Parties, which are sometimes in an underground position, but despite this, they continue to struggle.