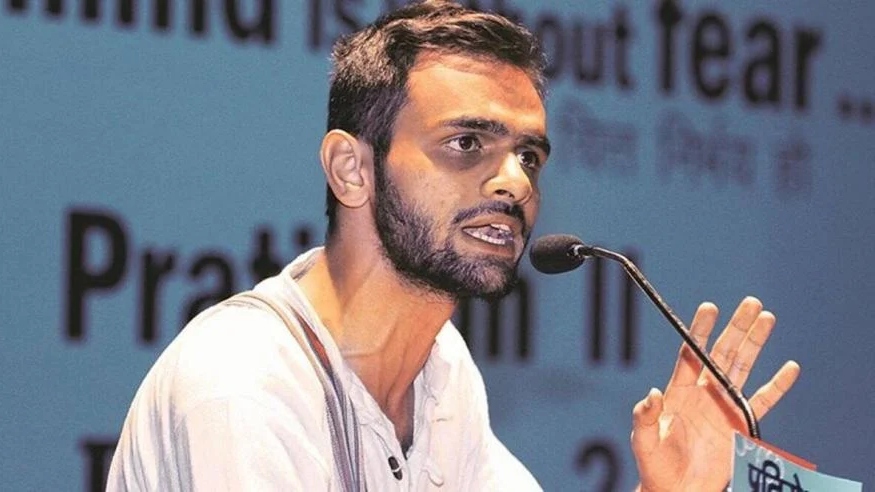 On September 14, former student leader, Umar Khalid, was arrested under the anti-terror Unlawful Activities Prevention Act (UAPA) by the Delhi Police. The activist is being accused of conspiring to foment the riots which shook Delhi earlier this year, claiming 53 lives and leaving another 400 wounded.

Members of civil society including prominent lawyers, social activists, journalists and academics have condemned the arrest as yet another attempt by the far-right Hindu nationalist government  to  crush dissenting voices in the country. In a statement, issued after Khalid’s arrest, they stated: “With deep anguish we have no doubt in saying that this investigation is not about the violence in February 2020 in the national capital, but on the completely peaceful and democratic protests across the country against the unconstitutional Citizenship Amendment Act.”

The violence in Delhi in February saw the minority Muslim community suffer the bulk of the damage. In the days before the violence, leaders of India’s ruling right-wing Bharatiya Janata Party made a number of provocative anti-minority statements. However, the investigation into the violence has not focused on them. Instead, it has focused on activists and students who organized anti-government protests in the months before against the Citizenship Amendment Act (CAA). The CAA would have made religion a factor in granting Indian citizenship. It was heavily opposed by a cross section of society. The Delhi police, in its probe into the February violence, has focused on the organizers of the protests, painting them out to be part of a conspiracy which led to the violence. This is despite all these activists making multiple calls for peace and emphasizing peaceful protest.

The arrest of Khalid comes close on the heels reports of prominent social and political activists being named in a disclosure statement as part of a supplementary chargesheet in connection with the violence. These leaders and activists include general secretary of the Communist Party of India (Marxist), Sitaram Yechury, economist Jayati Ghosh, Delhi university professor Apoorvanand, Swaraj Abhiyan leader Yogendra Yadav and filmmakers Rahul Roy and Saba Dewan.

Reacting to these attacks on dissent, noted lawyer and rights activist Prashant Bhushan wrote: “Umar Khalid’s arrest by Delhi police after naming Yechury, Yogendra Yadav, Jayati Ghosh and Apoorvanand, leaves no doubt at all about the malafide nature of its investigation into Delhi riots. It’s a conspiracy by the police to frame peaceful activists in the guise of investigation.” CPI (M) leader Mohammad Yousuf Tarigami accused Delhi police of “taking obnoxious action” which was “in line with growing pattern of the most blatant abuse of police and central agencies… to frame prominent opponents and demonize them.”

The teachers’ association of Umar Khalid’s alma mater, Jawaharlal Nehru University, condemned the arrest in a statement and said that Khalid “ [had] been subjected to a malicious investigation targeting peaceful anti-CAA protestors.” The statement went on to add, “Umar has emerged as a strong and powerful voice of young Indians in favor of the constitution and of democracy.”

Amnesty International and several other rights organizations strongly criticized these moves by the Delhi police. They also condemned the arrest of other students such as Asif Iqbal Tanha, Devangana Kalita, Gulfisha Fatima, Meeran Haider and Natasha Narwal, all of whom have been booked under the controversial Unlawful Activities (Prevention) Act for their alleged role in the riots.

“Many students who took part in the peaceful anti-CAA protests are either being arrested and jailed by the Delhi police under draconian anti-terror laws or subjected to intense intimidation and harassment as they are called in for interrogation during the COVID-19 pandemic,” Amnesty International said in a statement.

Referring indirectly to  its own investigations that highlighted  that the Delhi police has taken no action against right wing Hindu supremacist leaders who made provocative hate speeches in the buildup to the riots , the rights group claimed that the Bharatiya Janata Party-led government is unconstitutionally using the anti terror laws. The intent is “[to] harass, intimidate and imprison peaceful student protestors, while the slow investigative processes and stringent bail provisions under this law ensure that the dissenting voices are locked up for years without trial.”