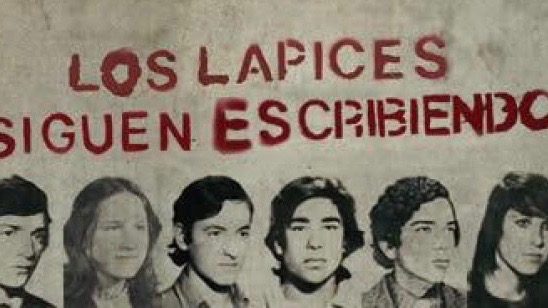 Out of the ten students abducted by the national security forces on September 16, 1976, only four survived and the whereabouts of the other six are still not known. Photo: Izquierda Web

This September 16 marked the 44th anniversary of the Noche de los Lápices or the Night of the Pencils in Argentina. It refers to the night of September 16, 1976, when ten high school students from La Plata were kidnapped from their homes by state security forces and tortured in a clandestine detention center during the last civic-military dictatorship of General Jorge Rafael Videla, Admiral Emilio Eduardo Massera and Brigadier-General Orlando Ramón Agosti.

The victims, between 14 and 18 years old, were student activists and had participated in the mobilization demanding the creation of the “Secondary Student Ticket (BES)”, which allowed high school students to use public transportation for free. Following the coup d’état on March 24, 1976, the students were actively opposing and resisting the military dictatorship. Out of the ten students, only four survived and the whereabouts of the other six are still not known.

Every year, on the anniversary of the painful memory, marches are carried out in the city of La Plata in the Buenos Aires province as well as in the capital city Buenos Aires. However, this year due to the COVID-19 pandemic, citizens paid homage to the victims from their homes and social networks.

Thousands of Argentinians commemorated the struggle of the young students. Throughout the day, messages paying homage to the victims, demanding truth about the whereabouts of the disappeared students and justice for all 30,000 victims of the dictatorship, circulated on different social networks.

Several government officials, human rights activists, student organizations, remembered one of the bloodiest acts of dictatorship and honored the struggle of young Argentinians.

Argentine president Alberto Fernández also paid tribute to the victims of La Noche de los Lapices. “44 years ago the dictatorship kidnapped and tortured ten young people who were fighting for their student rights on the Night of the Pencils. Four survived, the others are still missing. Today the pencils continue to write with memory, truth and justice,” wrote president Fernández in a tweet.

In 2006, the then-president Nestor Kirchner declared that the day would be remembered as the National Youth Day so that the memory and struggle of the young activists is not forgotten.

In the honor of the same, the governor of Buenos Aires province, Axel Kicillof, announced an increase in social investments in scholarship programs for children and young people. He also announced the creation of a space for debate on youth problems, for which the government will allocate more than 2 billion pesos every year.