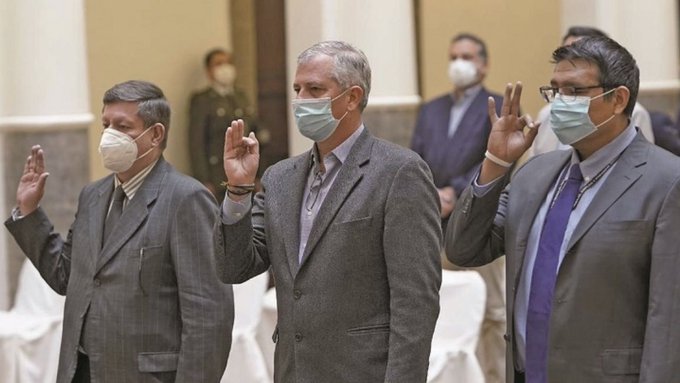 On September 28, Bolivian Ministers Oscar Ortíz of Economy and Public Finance, Oscar Mercado Céspedes of Labor, Employment and Social Security, and Abel Martínez of Productive Development and Plural Economy, left their posts. Ortíz, the minister of economy, was dismissed, while Mercado Céspedes and Martínez resigned. The crisis in the de-facto presidential cabinet occurs only 20 days before the general elections in the country.

In a press conference held on Monday morning, Ortíz said that he had been removed from office due to internal disputes. “I have not resigned, although they developed a false information campaign saying that I had already done so, surely to pressure me to do so. I find it an unworthy way to act, but anyway I understand that they have already decided to appoint someone else, so I have just come today to clean my desk and finish with my last papers,” said Ortíz.

He said that he had “profound differences” with Minister of Government, Arturo Murillo, over the privatization of the Cochabamba Electric Power and Light Company (ELFEC). He added that he had decided not to sign the privatization decree promoted by the de-facto President Jeanine Áñez, highlighting that it goes “against the legal system” and does not have “sufficient legal support.” He said that for this reason Murillo promoted his “dismissal.”

“I do not think that the government, in its last weeks, should allocate new contracts or important tenders, which should be left for the next administration,” added Ortíz, referring to the upcoming general elections on October 18.

Ortíz has become the second senior member of the interim government who was removed from office for opposing government minister Murillo. Last week, the State Attorney General, José María Cabrera, was dismissed at Murillo’s order. Attorney Cabrera also rejected the privatization decree for its alleged unconstitutionality.

Shortly after Ortíz’s resignation, Mercado and Martínez also submitted their “irrevocable resignation” without giving any reason. However, the local media pointed out that their departure was also related to the ELFEC case.

Today, on September 29, the ‘Democratas’, the largest party in the Santa Cruz department, announced the withdrawal of their support from the coup-installed government, in response to the dismissal of their fellow party member, Oscar Ortíz.

The disputes within the transitional government intensified after Áñez announced the withdrawal of her candidacy for the presidency after the country’s largest opinion poll placed her fourth in the presidential race. The same opinion poll suggested that the progressive leader and former economic minister, Luis Arce of the Movement Towards Socialism party (MAS) could win the upcoming elections in the first round.

Áñez’s regime, which seized power following the civic-military coup against former president Evo Morales and the government of Movement Towards Socialism (MAS) party in November 2019, received harsh criticism for the mismanagement of the COVID-19 pandemic, the worsening of the economic crisis, the corruption scandals and the series of regressive reforms and neoliberal measures and lost the support of several sectors in recent months. 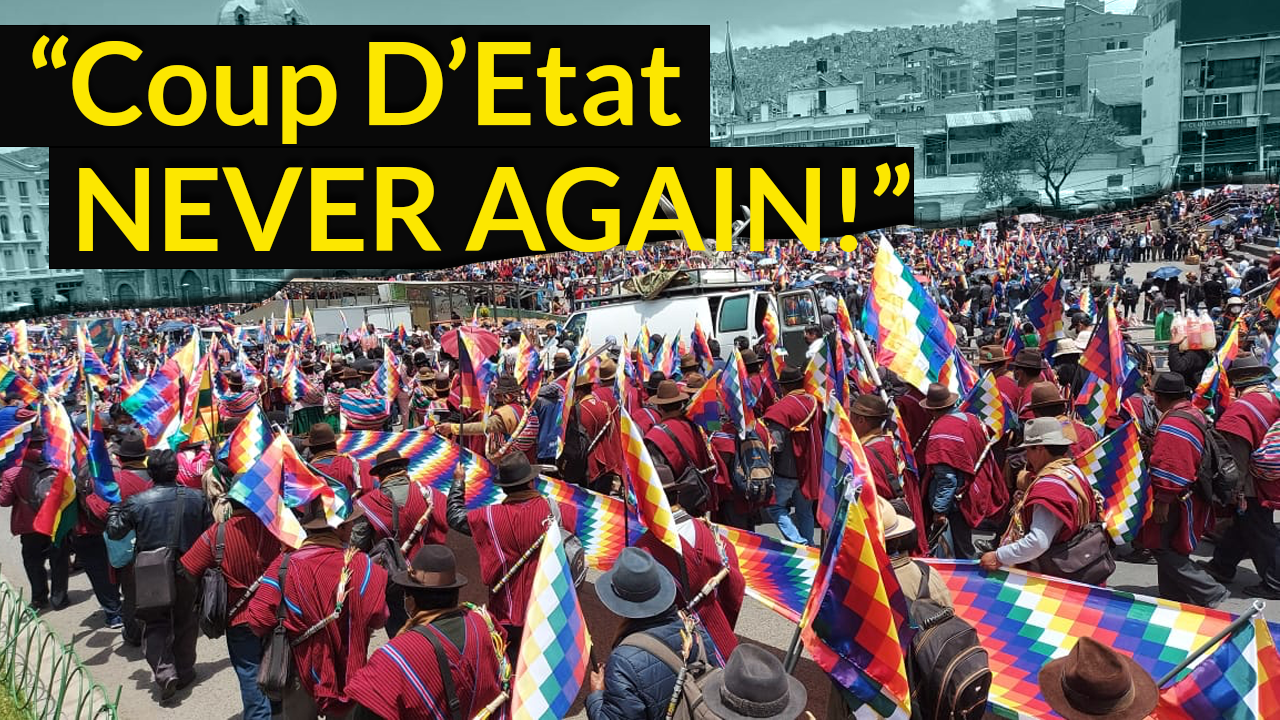 Bolivians march in defense of the Wiphala and socialist government 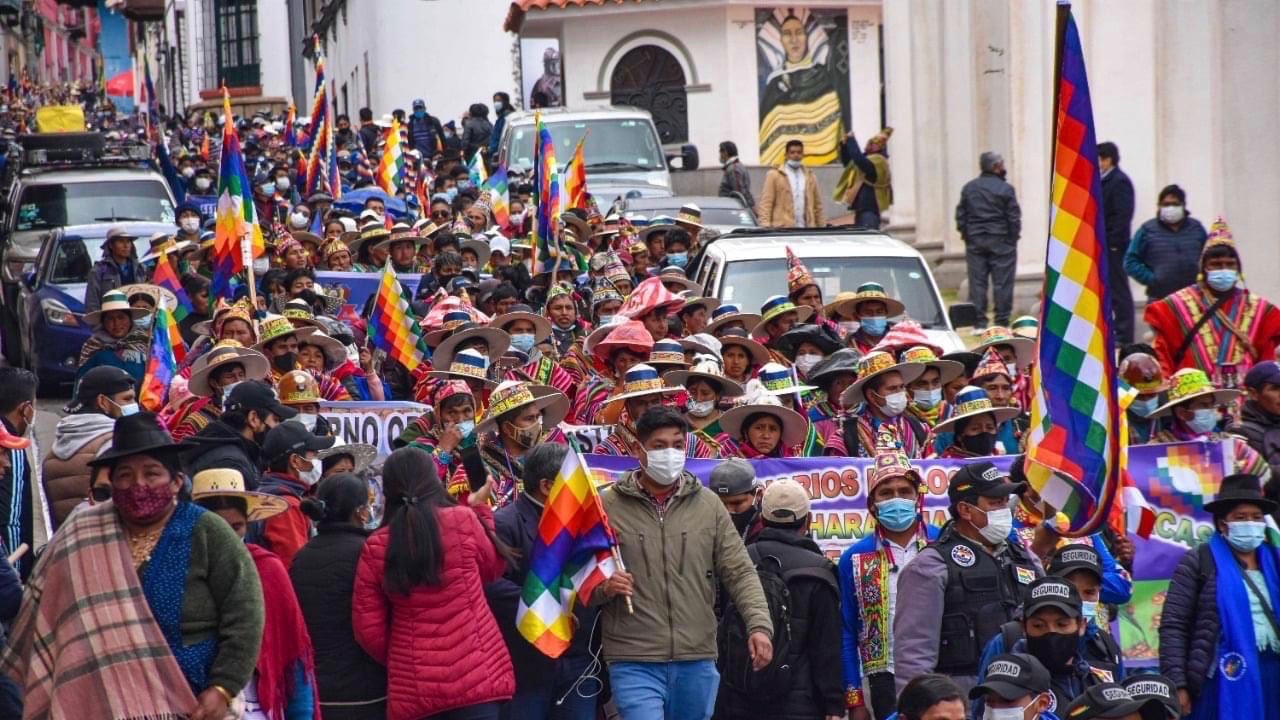