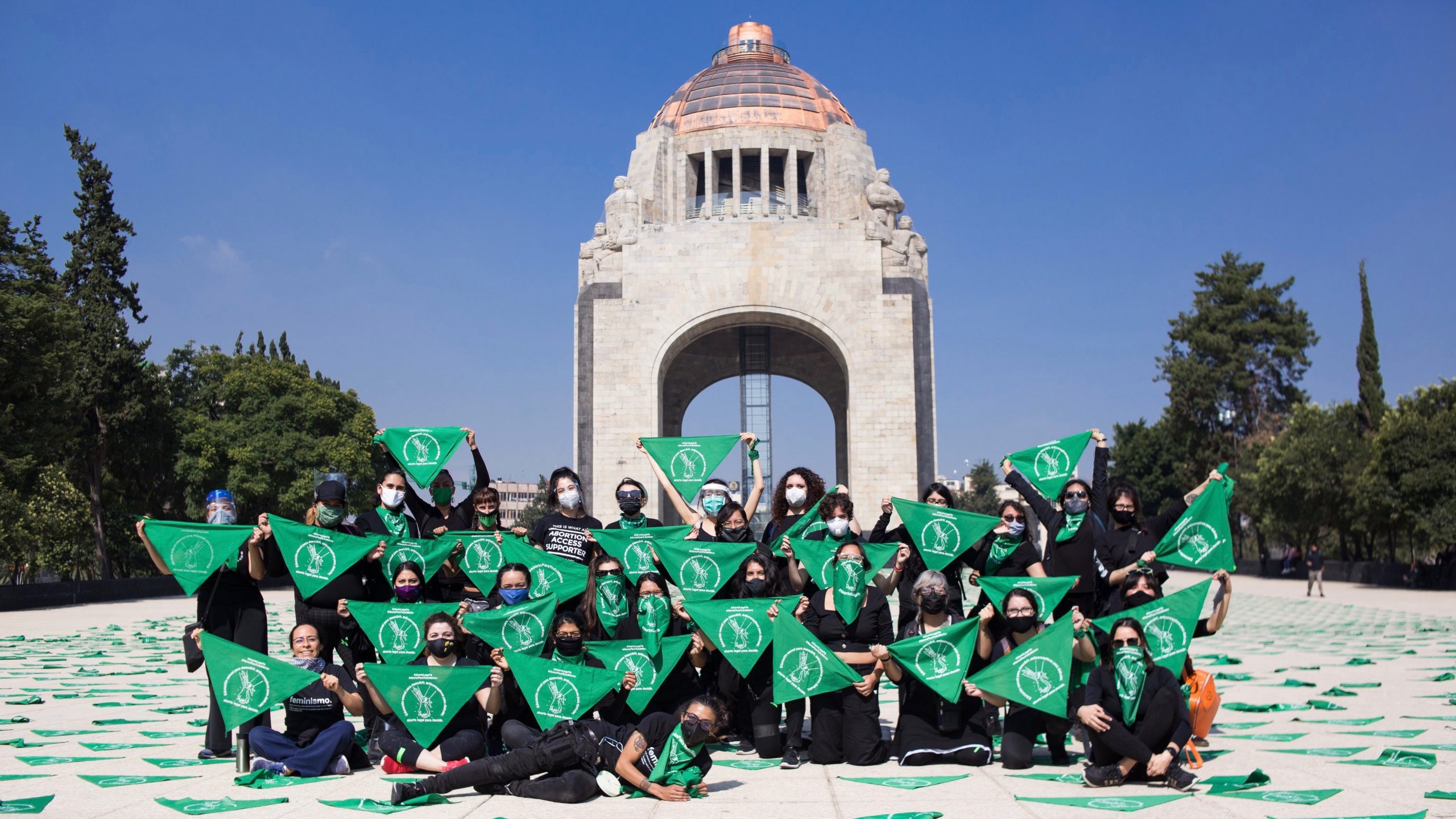 Feminists gathered outside the Monument to the Revolution on Monday September 28 on International Safe Abortion Day. Photo: Marea Verde Mexico

Hundreds of women marched on the streets of Mexico City demanding legal rights to abortion all across the country on the occasion of International Safe Abortion Day, on Monday, September 28. Protests were called by a number of feminist groups in the country such as Ciudad Feminista and others. Some of the protesters clashed with the police personnel who were trying to stop the protesters from marching.

The women, dressed in black and carrying green bandanas raised slogans demanding safe and legal right of abortion. They marched from the city’s Monument to the Revolution towards Juarez to meet another group of protesters when they were stopped by the police leading to the clashes.

Similar mobilizations both in the streets and on social media were organized by feminist movements and organizations across Latin America and the Caribbean in honor of International Safe Abortion Day. The struggle for free, safe and legal abortion in the region has been one of the key uniting issues for movements across the region as it is a region where access is severely restricted.

Mexico is an interesting case. Though abortion is illegal in most of  Mexico, it is legal in the capital, Mexico City and southern state of Oaxaca. In the rest of the country abortion is only allowed under certain circumstances such as pregnancy caused due to rape.

In the second week of September, feminist groups in the Mexico occupied several government buildings in the capital to demand immediate state responses to patriarchal violence suffered by women, trans people and non-binary people. They temporarily converted one of the buildings into a shelter home for victims of gender-based violence and femicide.

The movement for right to abortion and against the rising cases of femicide in the country has picked up in the recent years. Feminist groups have criticized president Andres Manuel Lopez Obrador for his lacklustre and socially conservative response to the demand of action against rising cases of femicide and other women related issues in the country.

The protesters accuse that the president has taken an idealistic and vague position talking about the need of “spiritual change” in the country instead of taking any firm policy decision against the rising crime against women.