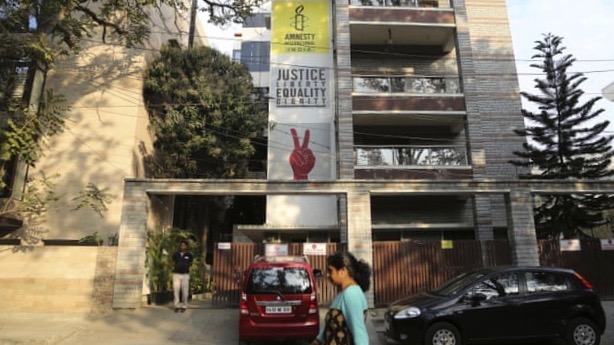 On September 29, Tuesday, prominent human rights organization Amnesty International vacated its offices in India and closed down operations. The organization has alleged constant harassment by government agencies as the reason behind the closure. Amnesty let go of its 140-strong staff in India and shut down ongoing campaigns and research work.

Avinash Kumar, executive director of Amnesty International India, said: “The fact that the government is now portraying this lawful fundraising model as money-laundering is evidence that the overbroad legal framework is maliciously activated when human rights activists and groups challenge the government’s grave inactions and excesses.”

“It reeks of fear and repression, ignores the human cost to this crackdown, particularly during a pandemic, and violates people’s basic rights,” he added.

Two years ago, on October 25, Amnesty’s Bengaluru office was raided by a financial investigation agency and their bank accounts were frozen. Last year, on November 15, the residence of one of its directors was raided by the Central Bureau of Investigation.

As per Kumar, “Treating human rights organizations like criminal enterprises and dissenting individuals as criminals without any credible evidence is a deliberate attempt by the enforcement directorate and government of India to stoke a climate of fear and dismantle the critical voices in India.”

More than four million Indians have supported Amnesty’s work in the last eight years, claims the organization. In a statement, Amnesty said that “around 100,000 Indians have made financial contributions. These contributions evidently cannot have any relation with the Foreign Contribution (Regulation) Act, 2010.”

Attacks on Amnesty International India and other human rights organizations and activists are only an extension of the sustained assault by the government on those who speak truth to power, Amnesty said.