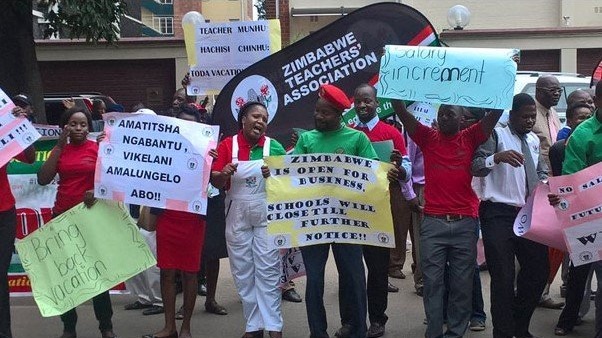 Teachers are demanding that their salaries be restored to the equivalent of USD 550. Photo: Olomo Info

Teachers in Zimbabwe’s public schools are continuing their strike in the face of the government’s threats of replacing them. The strike began on Monday, September 28.

The striking teachers are demanding a restoration of their salaries which, on average, have come down from an equivalent of US$550 to a mere US$30-35 over the last two years. At this wage, unions claim, teachers are incapacitated because they cannot afford the costs of travel.

“We are willing to go to work, we love our job, but we don’t have the means to go to work and subsist there. The money we are getting as salary is too small for a teacher and family to survive on. It is for that reason we define our position as incapacitation (rather than strike),” Tapson Sibanda, Secretary General of Zimbabwe Teachers’ Association (ZIMTA), told Peoples Dispatch.

However, despite being given prior notice by the unions, the government decided to go ahead with reopening schools on Monday. Students had to be turned back because there were no teachers available.

Education Minister Cain Mathema told a press briefing after a cabinet meeting on Tuesday, “Some teachers might want to hold the Government to ransom by not reporting for duty.. We have at least 10,000 teachers who are unemployed and if the crunch comes, we will be left with no option but to quickly employ some of those teachers.”

“Mathema should know that 98 percent of Zimbabwe’s 136,000 teachers are on strike. These teachers cannot be replaced by his 10,000 reserve teachers,” said Obert Masaraure, president of Amalgamated Rural Teachers Union of Zimbabwe (ARTUZ), in a response to the government’s threat as the strike continued on October 1.

He further added, “Mathema also got the 10,000 unemployed teachers’ statistics wrong. Zimbabwe has 37,000 teachers who are out of employment.”

This is the figure according to the database maintained by the Unemployed Teachers Association (UTA), which, according to Masaraure, has declared its unwillingness to let its members be used by the government as a reserve force to break the strike. The association instead demands employment so as to start filling the shortage of 90,000 teachers in the public education system.

The Progressive Teachers Union of Zimbabwe (PTUZ) has called for “a meeting between the government and a united front of teachers unions over the current dispute.. over the reduction of teachers salaries from US$55- to US$35, thereby eroding the purchasing power parity of the salaries of teachers.” 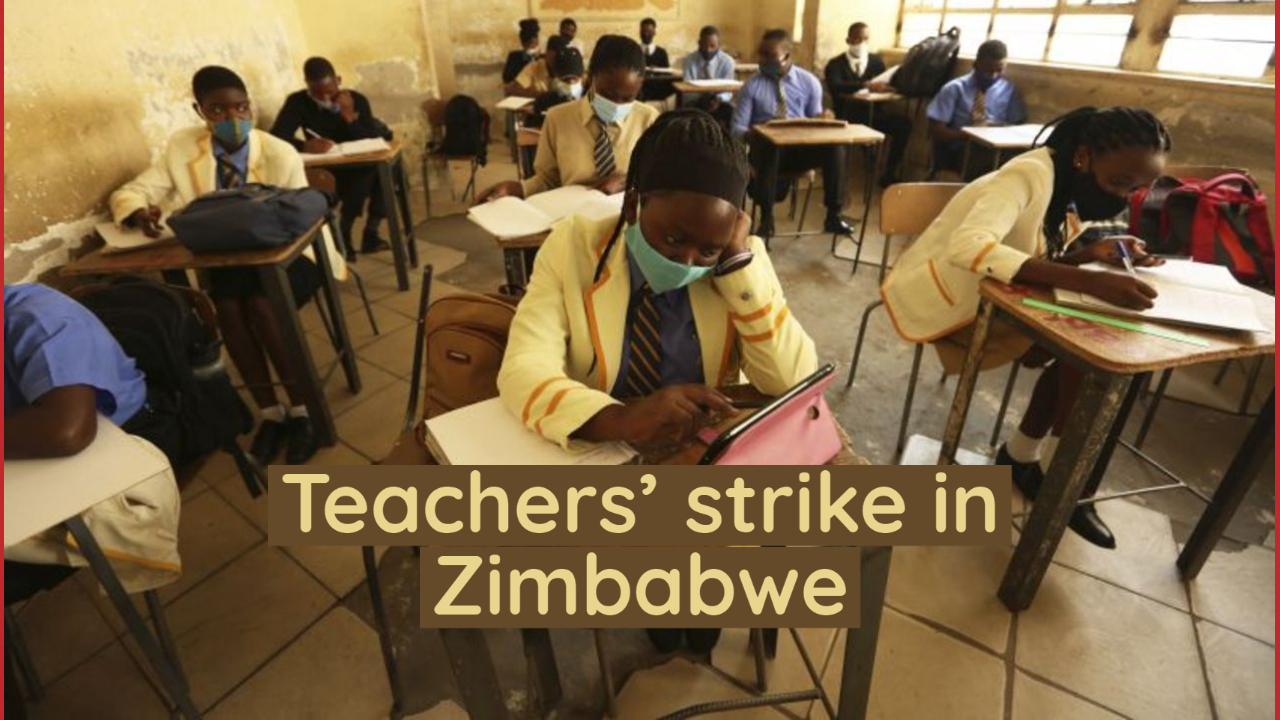 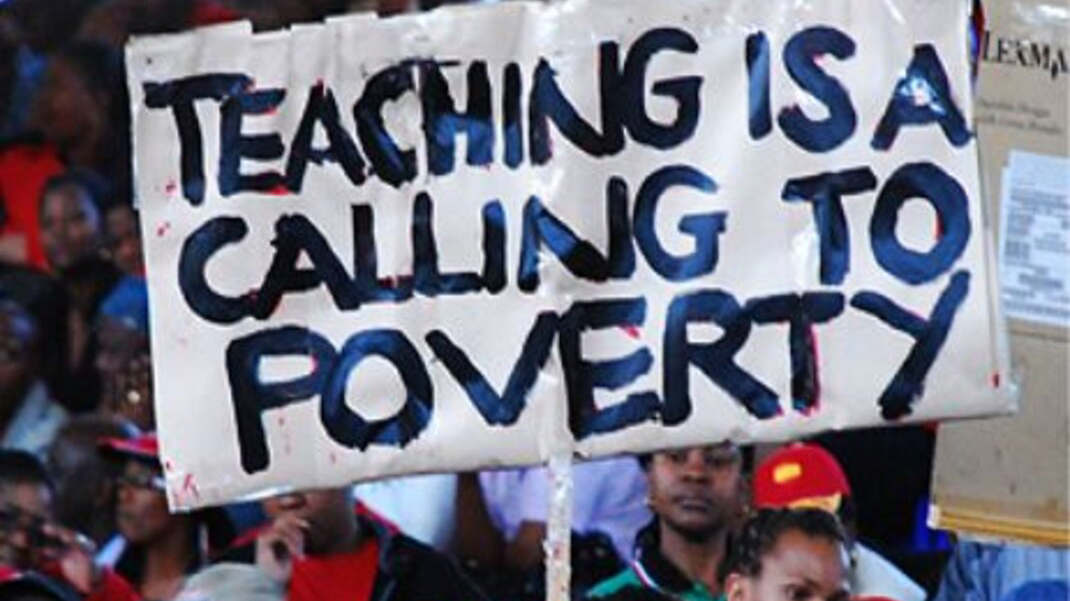