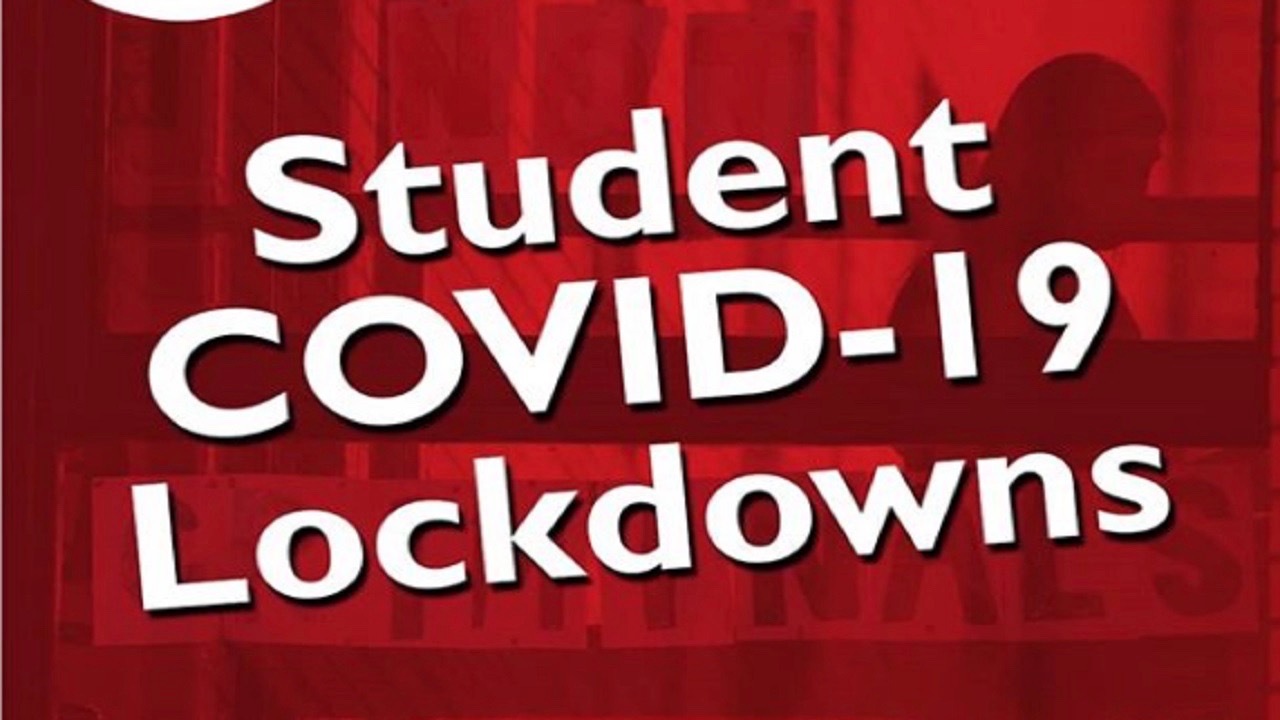 Student groups in the UK have demanded that students stuck in universities be allowed to return home. (Photo: via YCL-Britain)

A fresh spike in COVID-19 cases across the UK has put thousands of university and college students at risk with the government and university authorities locking up several campuses with the students inside, from where positive cases have been reported. Progressive student and youth groups and unions have criticized the government and the university authorities for not making enough preparations to handle the predicted spike in COVID-19 cases, and opening up the universities despite demands for sticking to online classes.

The University and College Union (UCU) ‪stated that, “By the weekend, we believe that 70 universities have reported COVID-19 cases. This represents about 40% of higher education institutions in the UK.” ‬According to reports, more than 200 students and staff at the University of Manchester have tested positive for COVID-19 in the last two weeks. Northumbria University has confirmed 770 cases among students since its opening in mid-September.

On October 1, UCU and the National Union of Students (NUS) issued a joint statement calling for action to tackle the COVID-19 crisis in universities. They have also demanded that students working online be allowed to return home if they wish, as well as safeguards for the universities’ finances and jobs.

The unions have called for a national COVID-19 test and trace system for the universities, a safe way for students to leave campus if they need to, and moving to online learning wherever possible. Universities should also be  guaranteed funds to help them deal with the additional expenses or any shortfall due to COVID-19.

According to the Young Communist League (YCL) of Britain, “school and university students have been thrown back into classes without proper protection and safeguards in place. The exam results fiasco and the current crisis with university students being locked in their halls, possibly missing the festive period with their families, are characteristic of the Tory government’s complete disregard for the lives and future of the youth.”