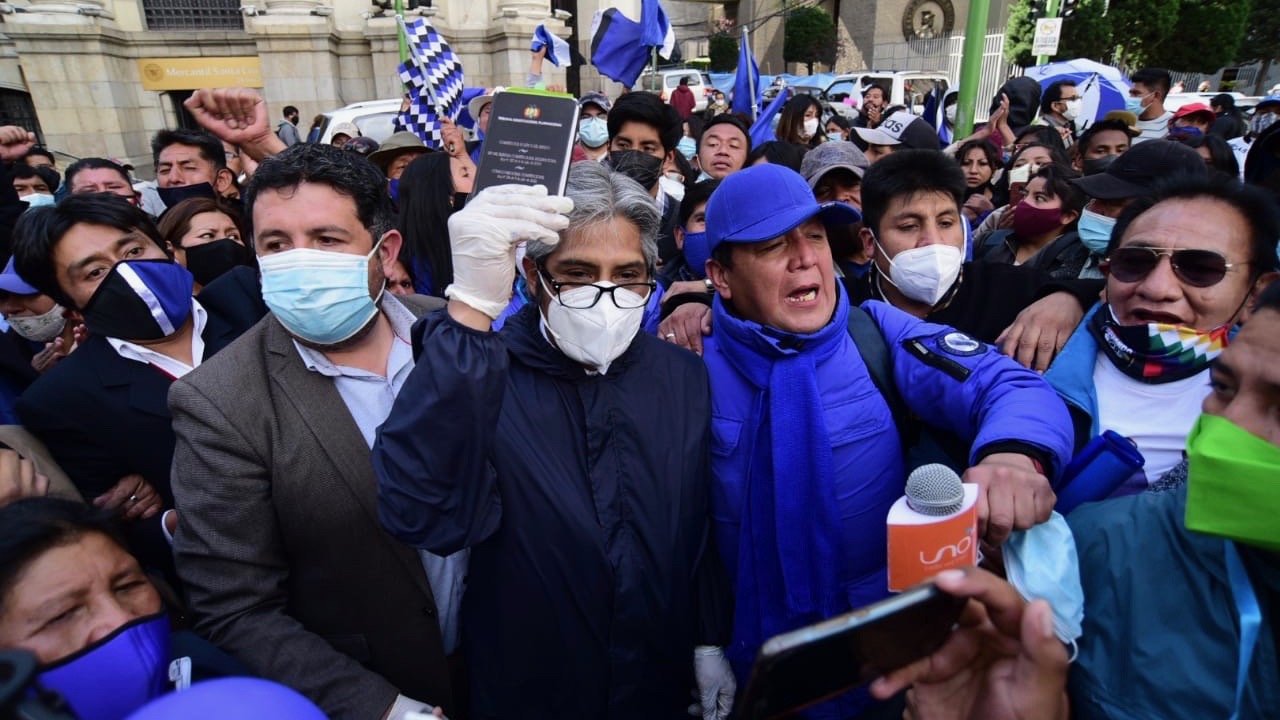 The Second Constitutional Chamber of La Paz, on October 5, rejected the appeal presented by Senator Carmen Eva Gonzáles of the center-right Democratic Unity (UD) party, to eliminate the progressive Movement Towards Socialism (MAS) party from contesting in the general elections scheduled for October 18.

Senator Gonzáles demanded that the court pressurize the Supreme Electoral Court (TSE) to annul the legal status of the MAS, accusing the MAS presidential candidate, Luis Arce, of disseminating the details of an opinion poll outside the time period allowed by the rules.

The MAS lawyer, Wilfredo Chávez, while leaving the court said that “The Court of Constitutional Guarantees has established two things: First, the plaintiff did not have active legitimacy to present the compliance action and second, it cannot decide on a matter that is pending in the Supreme Constitutional Court, for these two reasons the protection action invoked has been denied.” “This was a distracting action and I call on the MAS comrades to continue the electoral campaign” added Chávez.

The ruling was celebrated by hundreds of MAS supporters, who were gathered outside the court throughout the hearing. Former president Evo Morales also welcomed the court’s decision. “There is no legal reason to remove legal status of the MAS despite the attempts by the right-wing to politically force our disqualification. The court acted in law. Our movement will always be on the path of peace and the right to democratic elections,” wrote Morales in a tweet.

Meanwhile, the MAS presidential candidate, Arce, denounced through his Twitter account that in the aftermath of the court’s decision, far-right armed groups attacked MAS supporters waiting outside the court.

The latest opinion poll by the Latin American Strategic Center for Geopolitics (CELAG) ratifies that the MAS presidential ticket, Luis Arce – David Choquehuanca, has the largest support in the country. According to the survey carried out by CELAG, between September 19 and 29, through 1,700 telephonic interviews nationwide, Arce led the voting intention with 44.4% of the votes, followed by Carlos Mesa of the center-right Citizen Community (CC) coalition, with 34.0% of the votes.