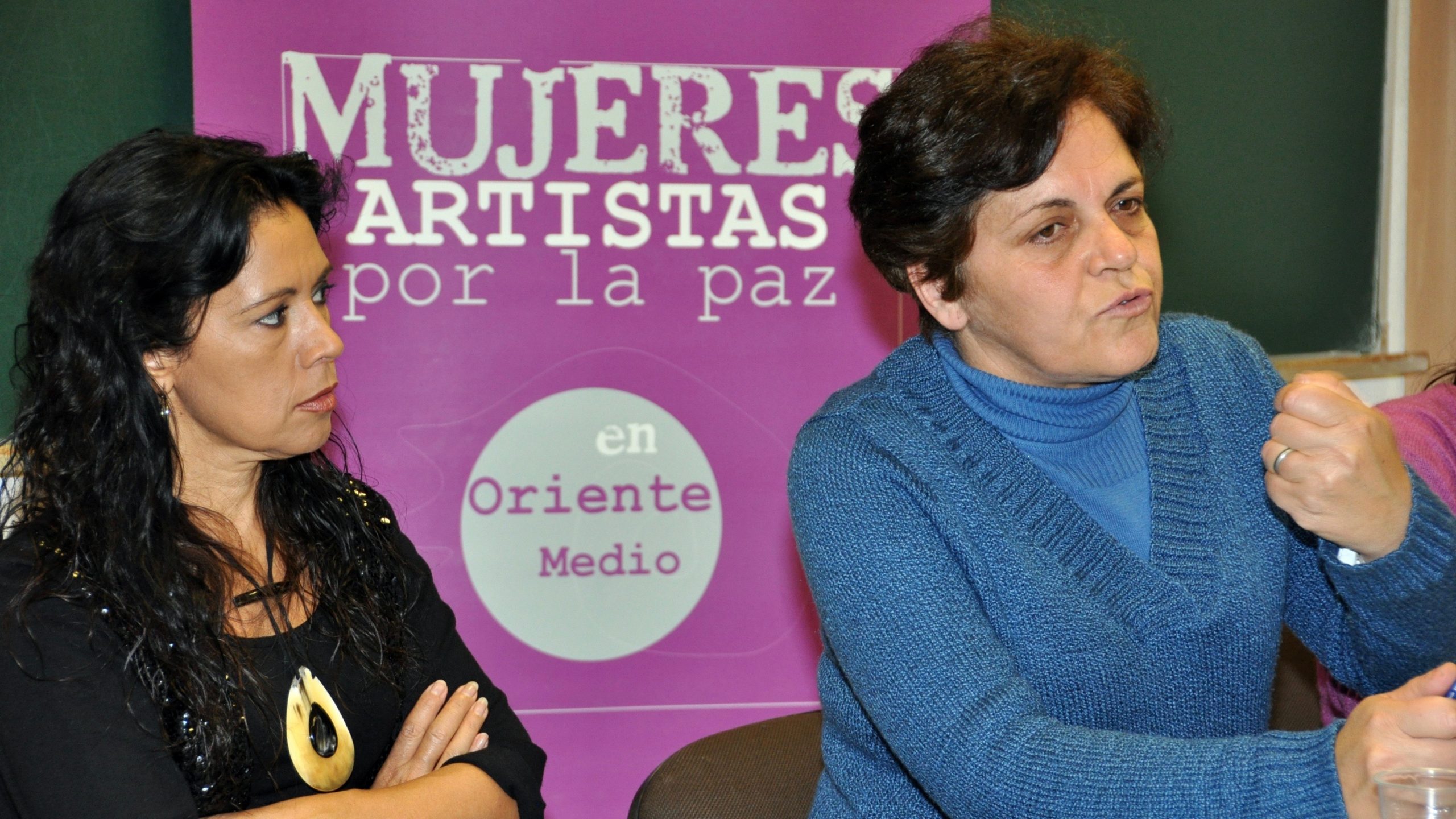 Khitam Saafin, the president of the Union of Palestinian Women’s Committees

Women’s organizations in the Arab-Maghreb region and Palestinian leftist organizations have strongly condemned the arrest and abduction of Palestinian women’s rights and leftist leaders as well as some former political prisoners by Israeli occupation forces in night raids on November 2, 2020, in various parts of the occupied West Bank. One of the women arrested by the Israeli forces is Khitam Saafin, the president of the Union of Palestinian Women’s Committees. Another woman has been identified as student leader Shata al-Tawil. Saafin, who also serves as a member of the General Secretariat of the General Union of Palestinian Women, was arrested from her home in the town of Betunia, west of Ramallah, while al-Tawil was abducted from her home in the city of al-Bireh.

Organizations that signed onto the statement condemning the raids and arrests of the Palestinian leaders and activists include the Palestinian Working Women Committees Union, the Union of Palestinian Women’s Committees, World March of Women- (MENA region), the Women’s Sector – Democratic Way (Morocco) and the Jin Women Association (Lebanon). Expressing solidarity with the abducted leaders and activists as well as with all the other Palestinian political prisoners and administrative detainees being held in Israeli prisons and detention centers without charge or trial, they urged the international community, including the human rights and women’s rights organizations worldwide to “put pressure on the occupation to release comrade Khitam Saafin and all the prisoners who are victims of arbitrary detention, as well as to stop the policy of targeting women leaders and to stop the policy of administrative detention.”

They also called for the launching of a regional and international solidarity campaign to demand the release of Khitam Saafin and all the other Palestinian prisoners who are being imprisoned illegally by the state of Israel. The statement stressed that these illegal and arbitrary arrests and detentions by the Israeli occupation forces are an egregious violation of the fourth Geneva convention.

They stress that the extra-judicial abductions taking place during night time raids are a clear and deliberate violation by the state of Israel of the human and civil rights of these leaders and activists, with the goal of instilling fear to deter resistance against the Israeli occupation and apartheid. The organizations also demanded that the international community work towards forcing Israel to completely stop its trademark illegal and inhuman policy of administrative detention, which it uses to illegally incarcerate Palestinian leaders and activists and as a tool to intimidate and demoralize Palestinians from participating in the struggle against the Israeli occupation.

Two other long-time leftist activists, 55-year-old former political prisoner and trade union activist, Mohammad Jawabreh, and leftist leader, 60-year-old Jamal Barham were also abducted after the Israeli soldiers stormed into their homes, ransacking their belongings in the process and causing damage to their personal property.

Several other prominent community leaders and activists were also detained in simultaneous raids throughout the West Bank. The Palestinian Samidoun prisoner solidarity network noted that these raids on Palestinian leaders and activists come on the anniversary of the colonial Balfour declaration of 1917 as well as on the same day the state of Israel illegally imprisoned the extremely popular Palestinian feminist, leftist leader and parliamentarian, Khalida Jarrar.

The arrests of all of these leaders and activists in Palestine also comes at a very delicate and tense time due to the ongoing coronavirus pandemic, which the organizations also pointed out in their statement. They emphasized that the terrible living conditions in Israeli prisons present a very grave threat to the prisoners’ lives and physical health, with several outbreaks already being reported in Israeli prisons and at least 12 prisoners reported to have been tested positive for the deadly coronavirus.