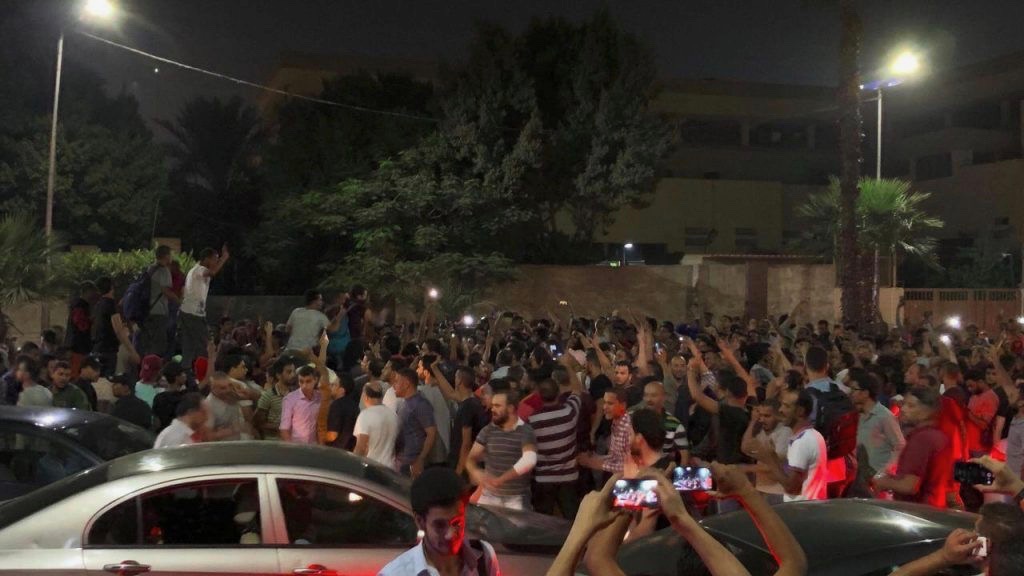 In what is being seen a major unexpected setback to the authoritarian regime of Egyptian president Abdel Fattah el-Sisi, a court in Cairo on November 3, Tuesday, ordered the release of over 600 political prisoners and other detainees, including journalists, lawyers, bloggers, human rights activists, and political leaders, as per reports by independent news portal Mada Masr and other Egyptian media. On the same day, another criminal court in Mansoura ordered the renewal of remand of activist Mohamed Adel, co-founder of the April 6 youth movement, for 45 more days.

Mada Masr reported that the criminal court in Cairo ordered the release of detainees being held in remand under 19 different cases. As per claims by family members and lawyers, over 300 detainees were released on Tuesday, with more expected to be released in the coming days.

One of the detainees’ lawyers, Khaled Ali, said that the court has not specified the parole conditions under which the detainees are to be released. The decision of the court is not final as the state security prosecution has the right to appeal the order within the next 48 hours.

Nevertheless, Tuesday’s court order is significant in light of the large number of political prisoners being held by the Egyptian authorities under various false or frivolous charges. Human rights organizations have for long condemned the al-Sisi government for holding over 60,000 political prisoners, making Egypt one of the world’s biggest jailer countries.

Tuesday’s release order also includes around 300 political detainees linked to the massive anti-corruption protests of September 2019, when revelations by former government insider turned whistleblower Mohamed Ali, who now lives in exile, had triggered protests across the country against the al-Sisi regime. Over 4,000 protesters were detained at the time, a majority of them ordinary Egyptians with no political affiliation. A substantial number of the arrested protesters were under the age of 18.

Among the prominent figures being released as per the Cairo court order include journalists Haitham Mahjoub and Sayed Abdella, blogger Mohamed Ibrahim, also known as Mohamed Oxygen, and political activist Sameh Saudi. Most of them have been slapped with charges such as ‘joining a terrorist organization’, ‘misusing social media networks’ and ‘manufacturing and circulating fake news’. Many are being kept under detention awaiting trial, with some not even knowing the charges placed against them. A large number are also being held illegally without charge for indefinite periods of time or under arbitrary laws.

Human rights groups and activists world over have repeatedly expressed concern about the conditions of the prisoners in Egyptian prisons and detention centers. Various news reports coming out of the country detail how hundreds of prisoners have died in custody due to medical negligence and substandard living conditions. Reports of torture and mistreatment by Egyptian authorities to extract false confessions and implicate prisoners have also raised alarm over the human rights situation in the country. The abnormal rise in the use of death penalty by the Egyptian judiciary as a punishment for over 100 crimes under law has further led to an atmosphere of  fear and persecution.