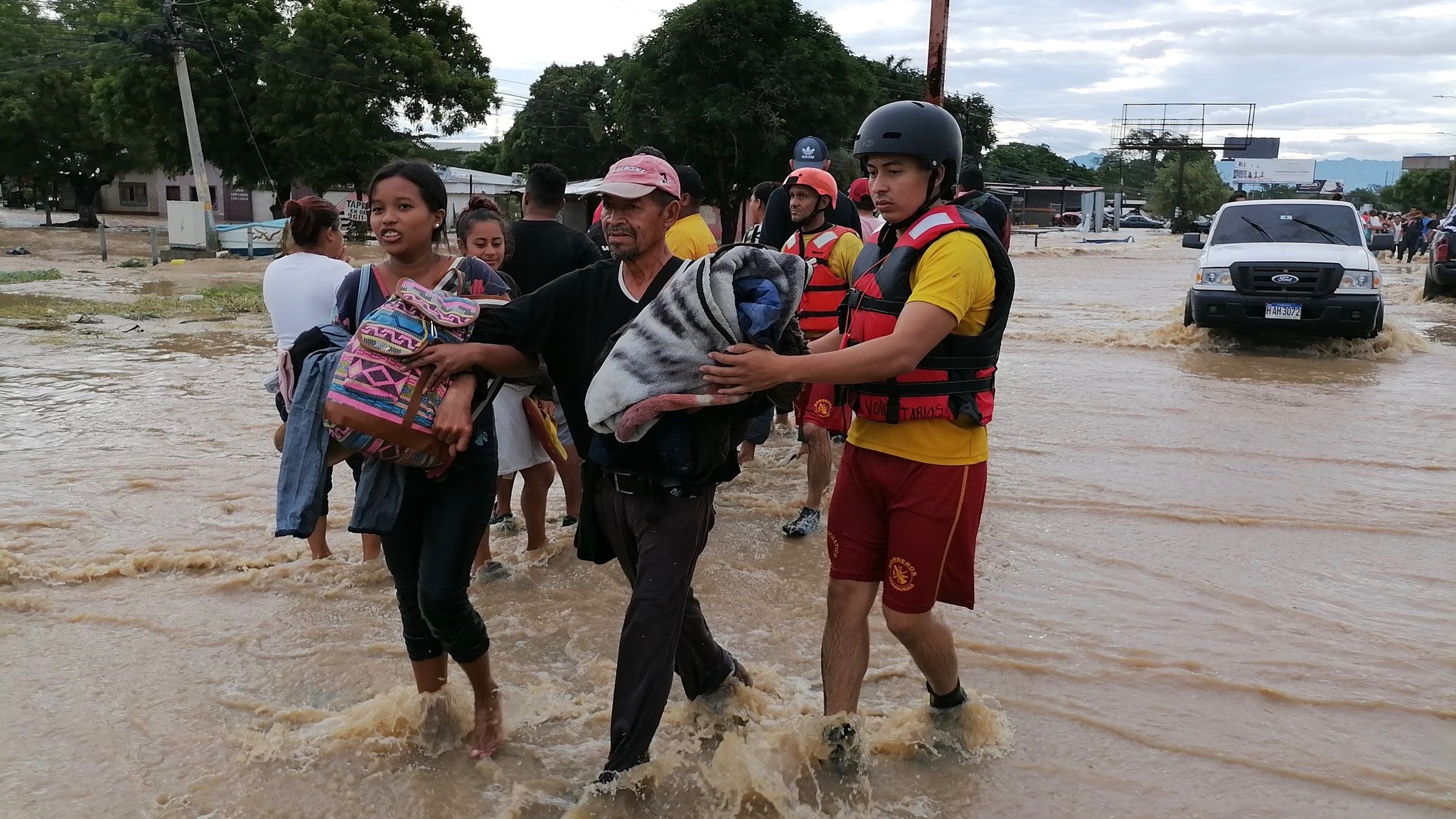 Rescue efforts in Lima, Cortés, located in the Northern part of Honduras. Honduras has been badly hit and accounts for the majority of lives lost in the storm so far. Photo: Gilda Silvestrucci

Central America has been severely affected by Hurricane Eta that has now weakened into a tropical depression, but heavy rains continue across the region. The governments of Nicaragua, Honduras and Guatemala, the worst hit countries by the tropical storm, have issued a red alert warning about the potential risk of life-threatening flooding and landslides. The devastating storm has already claimed more than 70 lives, forced the evacuation of thousands of people and caused significant damage to infrastructure and homes throughout Central America.

Eta first hit Nicaragua as a Category-4 hurricane with winds of 140mph (225km/h) and torrential rains on November 3. It then weakened into a tropical depression as it moved into neighboring countries Honduras and Guatemala on November 4 and 5.

In Nicaragua, Eta has caused numerous large-scale damages. However, fortunately only 2 fatalities have been reported. Authorities in Nicaragua evacuated over 30,000 people in various departments on the Caribbean coast before the hurricane struck. The hurricane made landfall in Puerto Cabezas municipality, but no casualties were reported.

In Honduras, the National Police and the Fire Department reported that at least 13 people died due to the tropical storm. The state authorities reported that about 400,000 people have been directly affected by the storm. So far, nearly 3,000 were evacuated and another 3,000 headed to shelters. The northern region is the hardest hit and hundreds are stranded and awaiting rescue.

According to the Ministry of Infrastructure and Public Services, over 500 homes have been damaged, about 600 roads have been blocked and 15 bridges have been destroyed. Thousands of hectares of corn, beans, rice and other crops have also been destroyed, and there is also a significant damage to livestock. The government has declared an indefinite red alert in 18 departments of the country.

Likewise, on November 5, Guatemalan president Alejandro Giammattei reported that at least 50 people have been killed by landslides in different parts of the country due to the heavy rains caused by tropical depression Eta. Around half the deaths were in the town of San Cristobal Verapaz where a hillside collapsed, burying some 20 homes and leaving at least 25 dead. At least 1,500 people have been evacuated in the department of Izabal, one of the most affected regions. President Giammattei said a month’s worth of rain had fallen in less than half a day and an additional 48 hours of rain were expected.

Panama is also experiencing heavy rain and around eight people have been reported missing.

Disaster management and security officials in all these countries are carrying out rescue and relief operations. Volunteers from various human rights and social organizations are also distributing relief packages.

The impact of Hurricane Eta on the region is already shaping up to be severe and the longer-term impacts on the economy and people’s survival could be even worse. The storm hits in the middle of an already drastic health and economic crisis, which has been deepened by the COVID-19 pandemic but, in Guatemala and Honduras, has roots in years of neoliberal policies and widespread corruption.

The storm is expected to regain strength this weekend as it moves north-east towards Cuba and Florida, and possibly the Gulf of Mexico by early next week. 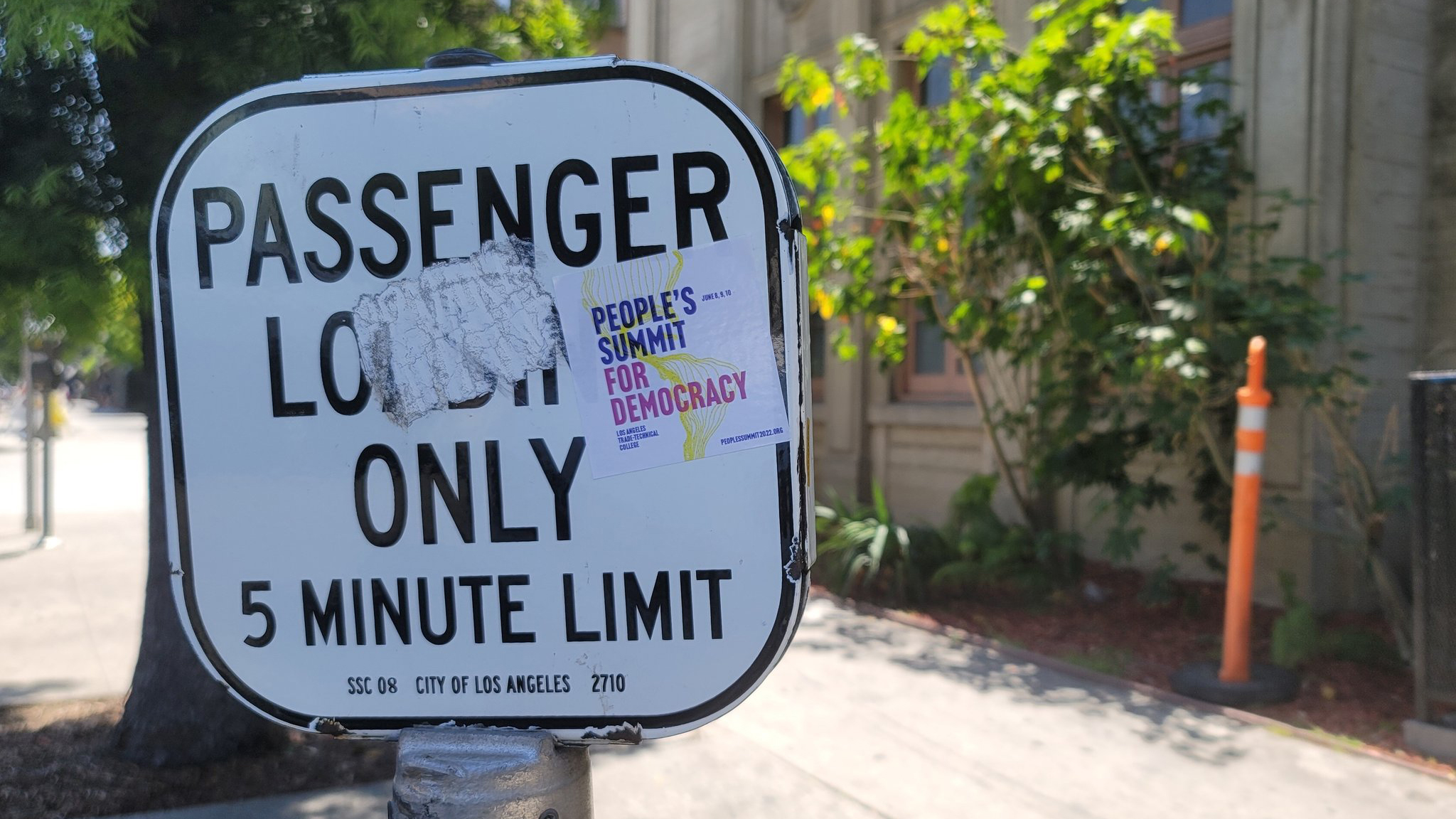 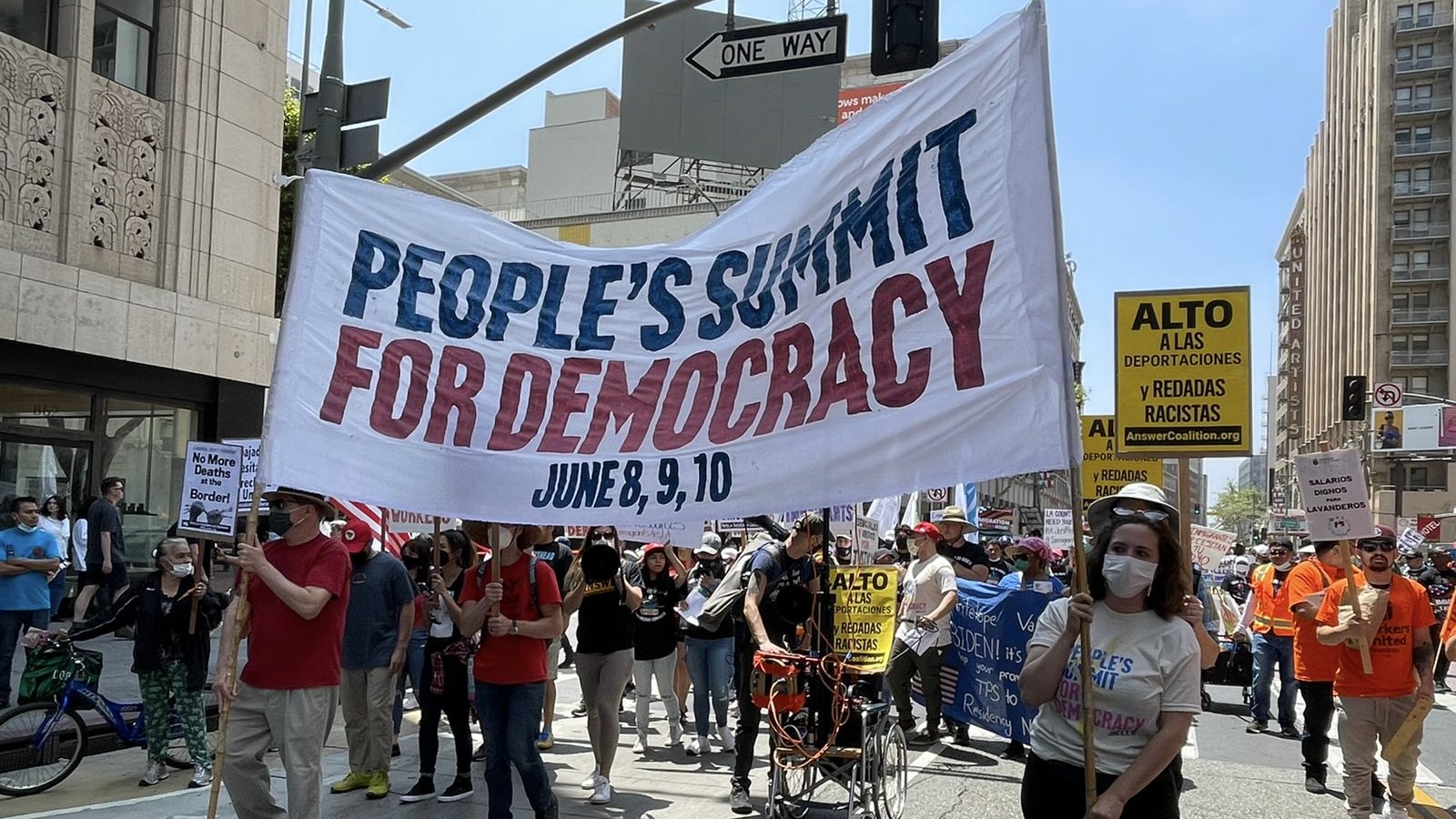