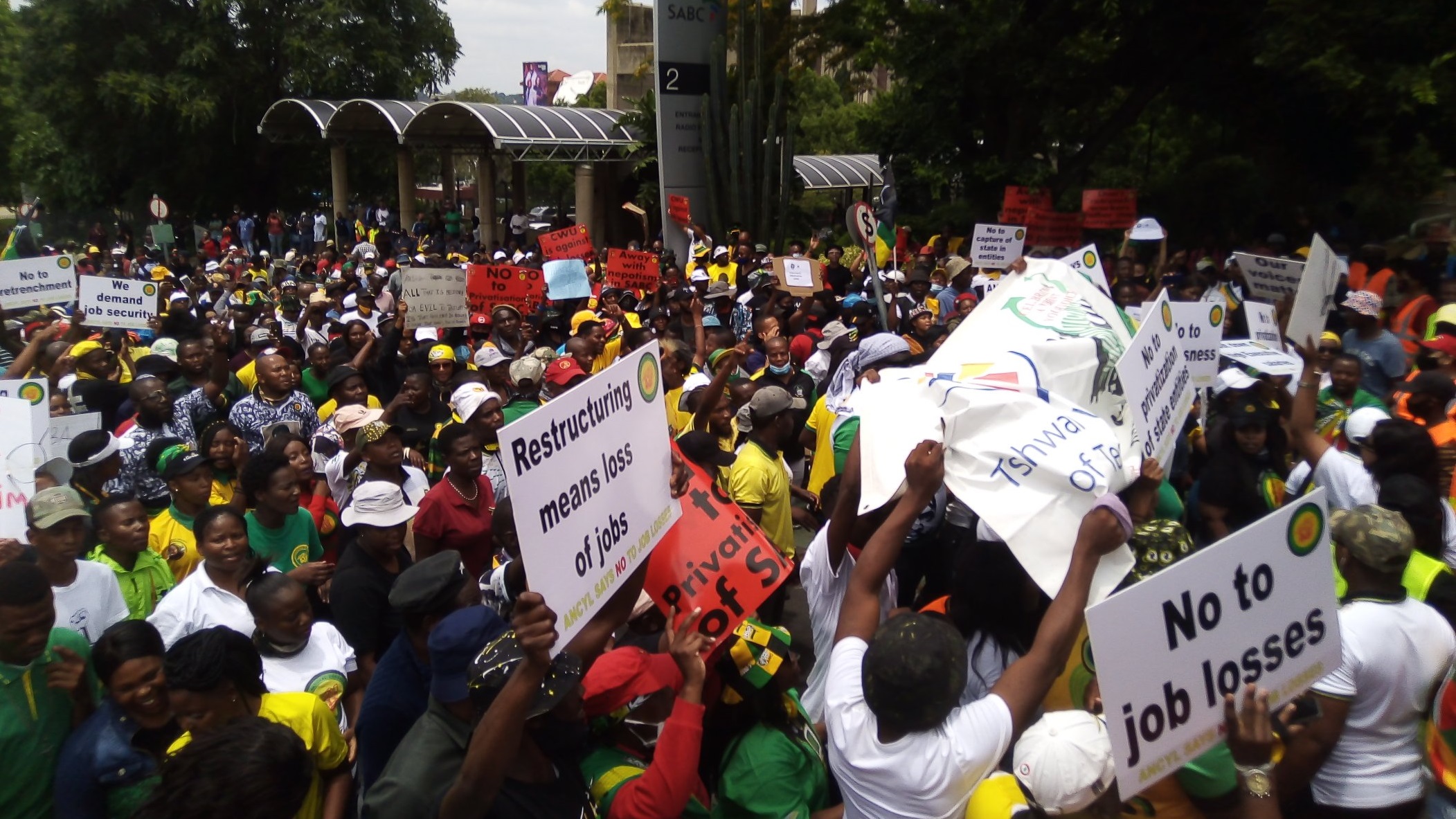 Employees of South Africa Broadcasting Corporation (SABC) downed tools on Friday, November 20, starting from 1 pm, in a protest against the looming retrenchments that will affect 400 permanent employees. In preparation for this action, pickets were held outside several offices of the public broadcaster on Thursday.

Faced with this labor action, the board of SABC announced the temporary suspension of the retrenchment process for a period of seven days, after a meeting of its members concluded late on the night of Thursday, November 19.

“We are going ahead with the strike because they haven’t written to us formally. And we don’t want temporary arrangements,” Aubrey Tshabalala, general secretary of the Communication Workers Union (CWU), told Peoples Dispatch on the morning of Friday before the labor action began.

At the main protest outside the SABC’s headquarters in Johannesburg, CEO Madoda Mxakwe received a memorandum of demands submitted by the CWU, on behalf of the board before which he promised to present it today.

The CWU had served a 48-hour strike notice to SABC on November 18. It has demanded the resignation of the board members, who allegedly planned the sweeping restructuring of the SABC without any consultation with the employees.

“After this structural erosion, the SABC will have to rely on the private sector to provide content. This means they will only buy content that is financially viable. This means that SABC is now officially abandoning its core mandate as a public broadcaster,” Tshabalala said in a statement.

The CWU is affiliated with the Congress of South African Trade Unions (COSATU), the country’s largest trade union federation. As per COSATU, at a time when unemployment has risen “by 7.5% to 30.8%, the highest figure on record,” these retrenchments “are not just going to destroy workers lives and those of their families, but they are going to weaken what is a very vital institution of our democracy.”

Expressing solidarity with the CWU, COSATU added, “The SABC is the only vehicle which can possibly speak for all South Africans in their own languages and reflect their lives, history, and culture.”

“We call on the ANC [African National Congress] government to intervene and honor the commitment it has made to the people,” COSATU said. The COSATU has been a traditional ally of the ANC. However, its relations with the party have entered a much more uncertain phase recently. It nevertheless remains a part of the ruling tripartite, which also consists of the ANC and the South African Communist Party.

The combined Alliance Secretariat of the three organizations, in a statement, expressed “vehement opposition to any weakening of the SABC and its public broadcasting mandate and its subordination to commercial interests.”

However, the following day, SABC chairperson Bongumusa Makhathini reiterated that the retrenchments will proceed as planned, after which the CWU issued the strike notice. The CWU general secretary said that the “shutdown will continue into the following week and we will review our action and impact next week Wednesday (November 25).. and inform the public of our second phase of action should the management remain stubborn.”

The left-wing National Union of Metalworkers of South Africa (NUMSA) has called out the ruling party for its austerity policies, which have been forcing many State Owned Enterprises (SOEs) towards privatization.

“We reject the position taken by the Finance minister Tito Mboweni..  to deprive SOE’s, and in this case the SABC, of any more funding, as this grossly undermines the constitutional mandate of the SABC. This was a deliberate decision taken by Treasury to choke the broadcaster, so that management would have no choice, but to embark on a massive job shedding exercise,” NUMSA had said in a statement on November 15.

Extending solidarity to the employees, NUMSA added, “We support the demands of workers at the SABC.. and we will lend our support, wherever possible in their struggle to retain jobs, and, to remain a publicly owned entity.”

Also representing SABC employees is the Broadcasting Electronic Media & Allied Workers Union (BEMAWU), which has moved the labor court seeking an interdiction on the retrenchments, for which the management had begun issuing section 189 notices from November 13.

Should the SABC lose the case in the labor court, the board members “must pay from their pockets” and not transfer the costs to “the entity, while we are saying the entity is bleeding,” deputy communications minister Pinky Kekana told the parliament, where the SABC board members attended a meeting on Wednesday, which continued post mid-night into Thursday.

Defending the board’s position, chairperson Makhathini asserted that the government had not compensated SABC for the broadcast of COVID-19- related announcements instead of its regular programming.

As per Makhathini, this “has affected the SABC during the COVID-19 lockdown. We requested assistance because we have displaced quite a number of our normal programming to make way for public announcements. We did not get the money because the government, National Treasury, has made it clear that there is no further bailout for the SABC.”

Heated exchange between journalists and management

Such reasoning has not gone down well with the employees. “We worked during coronavirus. We were in wards with people who had contracted the coronavirus. People here got infected with the virus,” news presenter and journalist Chriselda Lewis angrily shot back at an executive during a meeting with the staff in the newsroom at SABC’s headquarters in Johannesburg on Tuesday.

“[W]e were here way before, sir, you were even appointed. We have been keeping this ship alive,” she said.

The same day, some journalists reportedly refused to go on air, while many others went on a go-slow protest. Following the heated exchange between the management and journalists, SABC’s group executive for current affairs, Phathiswa Magopeni, temporarily suspended the retrenchments. “I will go and negotiate this afterwards but I cannot continue with the retrenchment process,” she said to the staff who cheered her statement.

The following day, the board reiterated its commitment to see through the retrenchments, saying that “In light of the unfortunate incident which took place at our news division last night, please note that the S189 process is continuing as planned. SABC management and its Board apologize for any confusion that was created yesterday afternoon.”

However, just ahead of the strike, the board went on the back foot, suspending the retrenchment for a week and committing “to meaningfully engage with all of our stakeholders.” 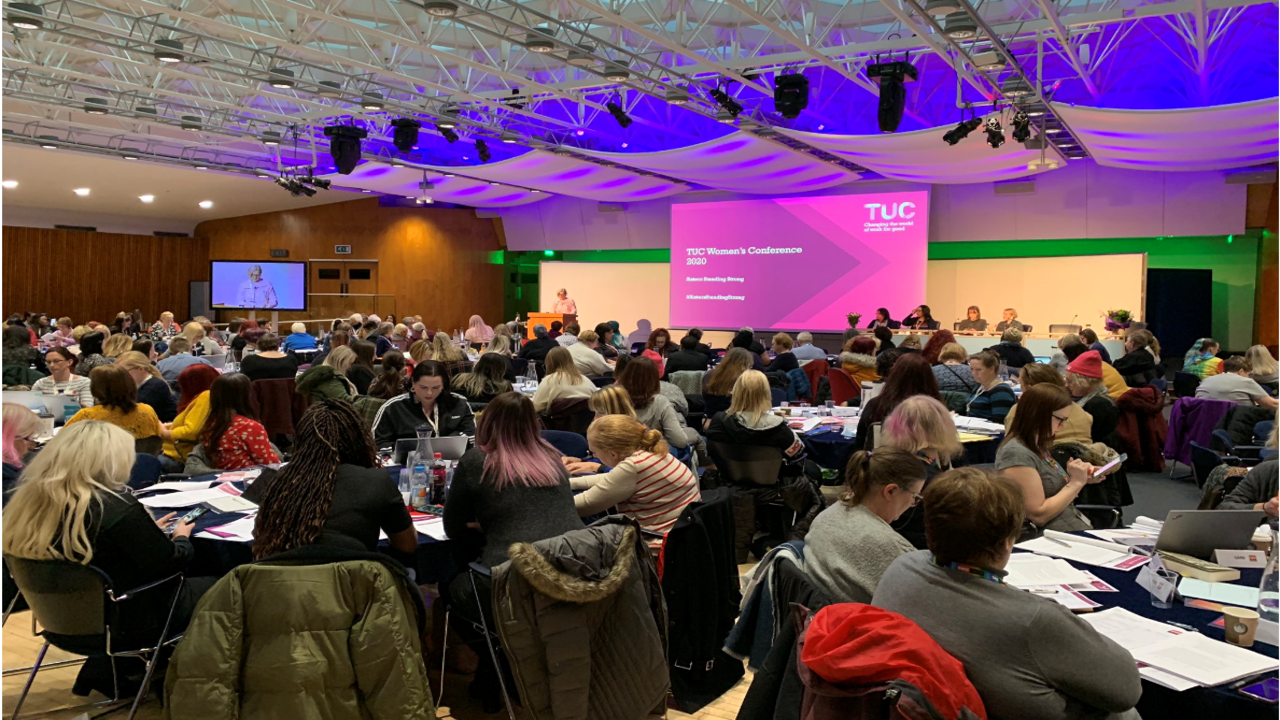 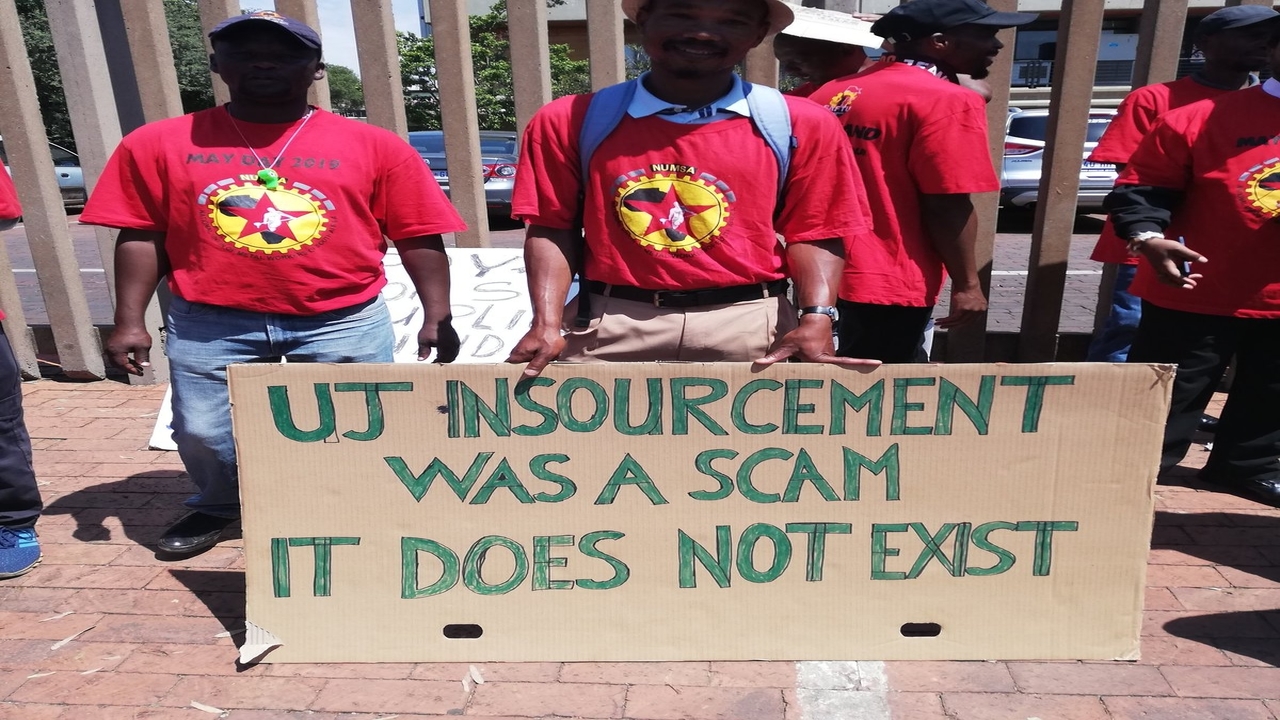