On Thursday, November 26, India witnessed the biggest organized strike in human history. Over 250 million workers and farmers, along with their allies among students, feminists and civil society groups participated in the nationwide strike. The strike coincides with India’s Constitution Day, which commemorates the adoption of the constitution in 1949, and comes in the background of an unprecedented attack on workers’ rights and farmers’ protections by the right-wing government of prime minister Narendra Modi.

The protest by farmers in States around Delhi continued late into the night on Thursday and early Friday. Thousands of farmers have broken blockade after blockade and are marching to the city. The police have used water canons on them repeatedly but have failed to break their spirit. They are expected to reach the borders of Delhi on Friday.

The strike was organized by a coalition of workers’ and farmers’ movements, with 10 national trade confederations and the umbrella group, All India Kisan Sangharsh [Farmers’ Struggle] Coordination Committee (AIKSCC), that consists of over 200 farmers’ groups across India. Women’s rights groups, students unions and various civil society organizations also participated in the strike. The strike also received support from Left parties and several opposition groups.

Some of the key demands contained in the 12-point charter put forward by the organizers include withdrawal of a series of laws recently passed by the Modi government repealing key labor and farm price protections, a rollback in the recent disinvestment policies in major government-owned enterprises, implementation of existing welfare schemes for rural workers, and expanding welfare policies to aid the masses affected by the economic fallout of the COVID-19 pandemic. 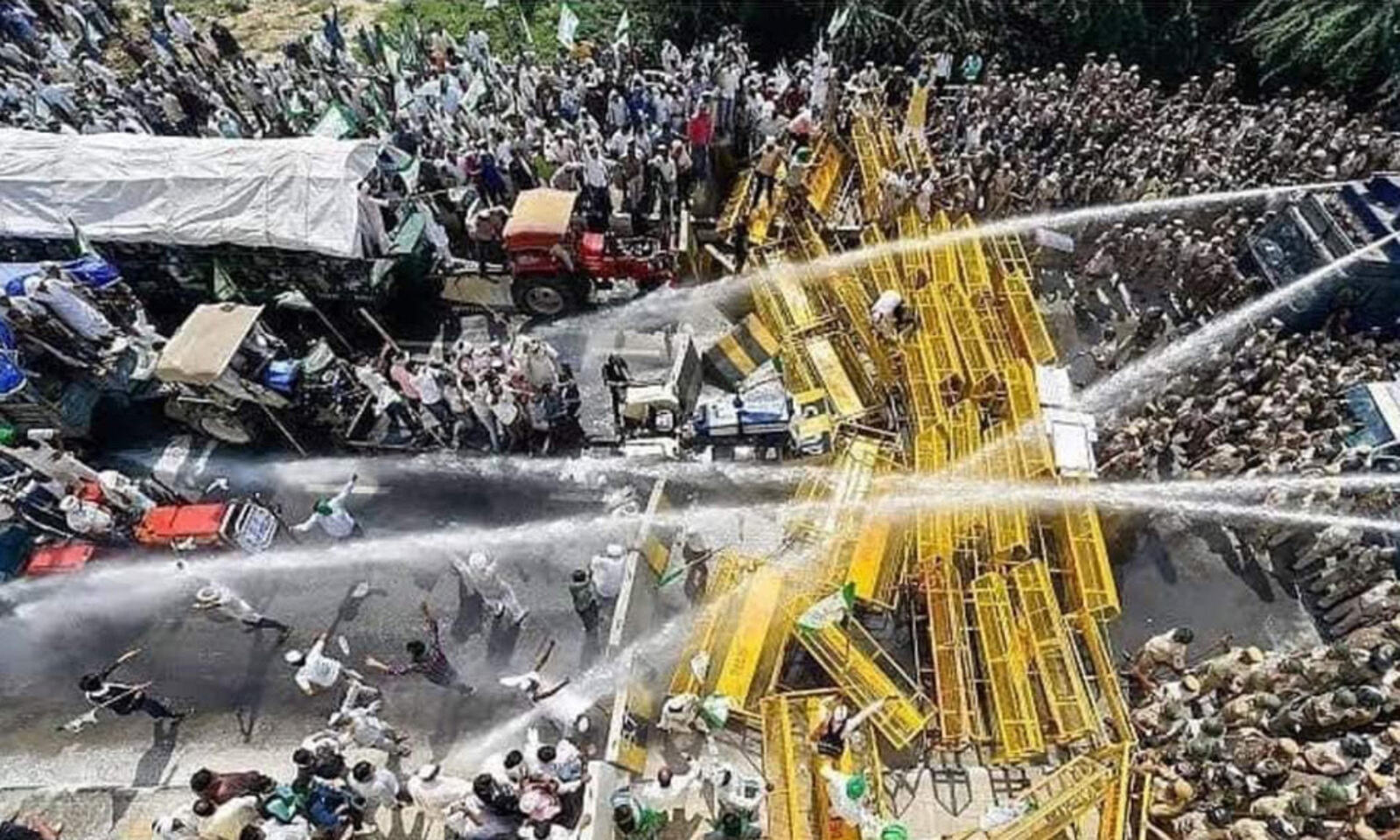 Thousands of farmers, along with members of trade union groups and other movements, from across India, also led a rally to the national capital of Delhi. The rally was met with a fierce repression from the Delhi police who made use of a blockade, baton charges and water canons to stop the march. Eventually, the blockade was breached

In similar confrontation with the authorities, workers and farmers groups brought major metropolitan cities like Kolkata and Mumbai to a standstill, with sit-ins organized on key transport routes. The industrial and mining belt across East and Central India also witnessed a virtual shutdown.

Organizers have stated that the strike is a build-up to more upcoming struggles in the country. “The workers and peasants will not rest till the disastrous and disruptive policies of the BJP government are reversed. The strike today is only a beginning. Much more intense struggles will follow,” said Tapan Sen, general secretary of Centre of Indian Trade Unions (CITU), one of the trade union confederations participating in the strike.

The strike comes at a time when the economic fallout of the COVID-19 pandemic has pushed India into a veritable recession, exacerbating existing inequalities and deprivation. India’s gross domestic product (GDP) has declined by a record 23.9%, while unemployment has soared to an unprecedented 27%.

Amidst such an all-round crisis, the right-wing government led by the Bharatiya Janata Party has implemented new amendments to labor codes and introduced farm bills that have reversed major historical progresses made in workers’ rights and farm protections. 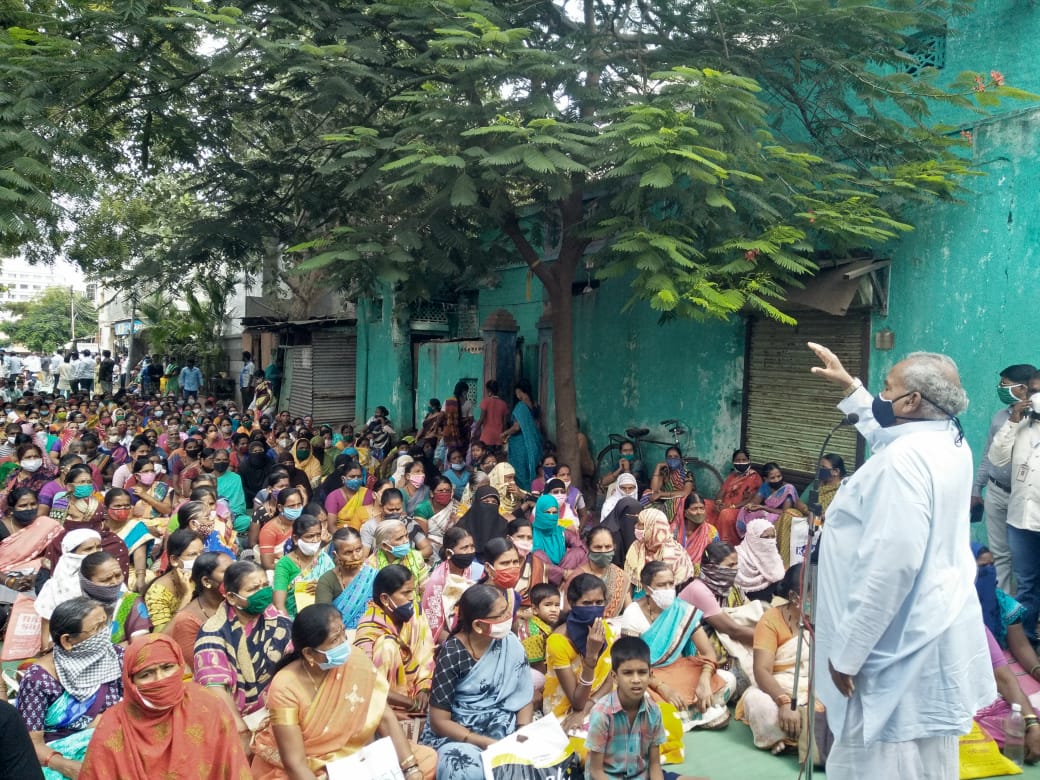 Despite police attempts to suppress the strike in several, massive rallies were held across the country. Members of the Health Employees Union along with workers of Jawaharlal Nehru Port, a major port of India’s commercial capital, Mumbai, participate in a strike. 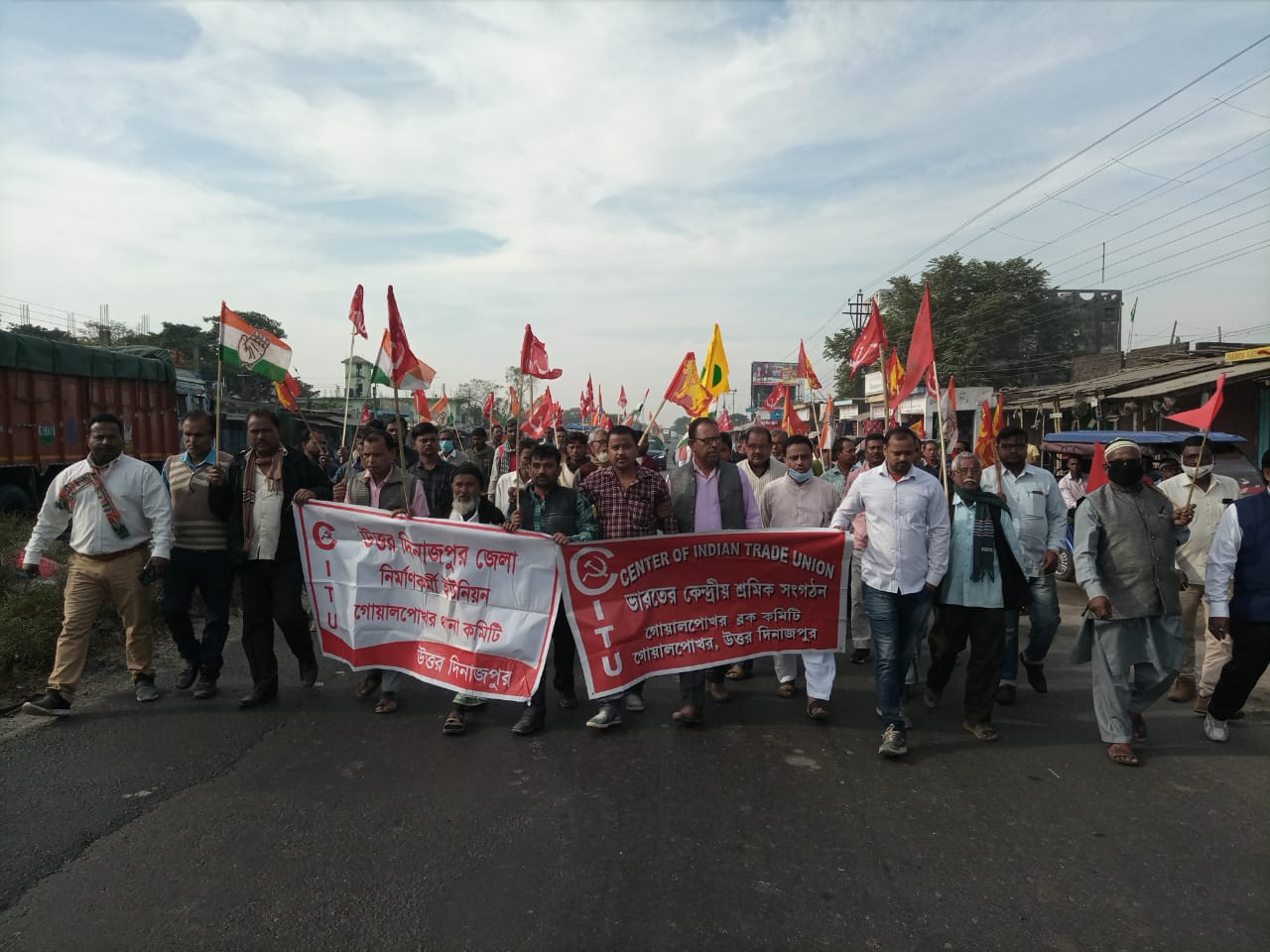 Trade unionists blockaded the National Highway 31, a major roadway that connects the city of Kolkata, in the state of West Bengal. 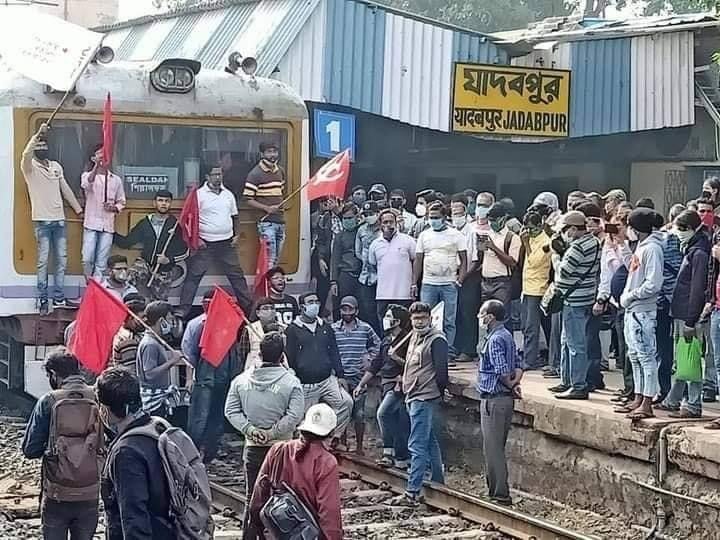 Blockade of key railway lines was also witnessed in major cities across India. Pictured here is a blockade in Kolkata. 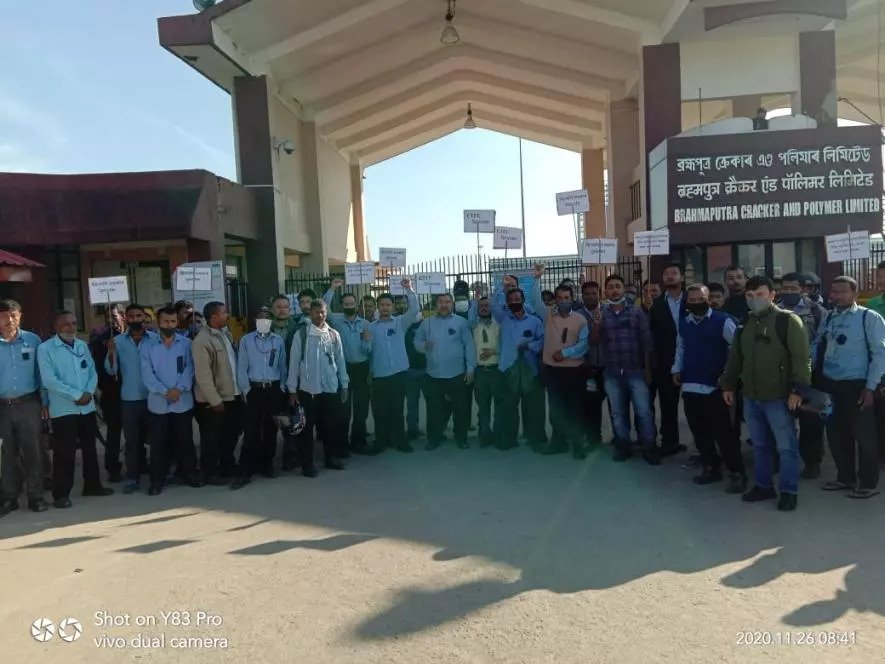 Refineries in Assam, the northeastern state rich in oil and natural gas reserve, were shut down by the strike. 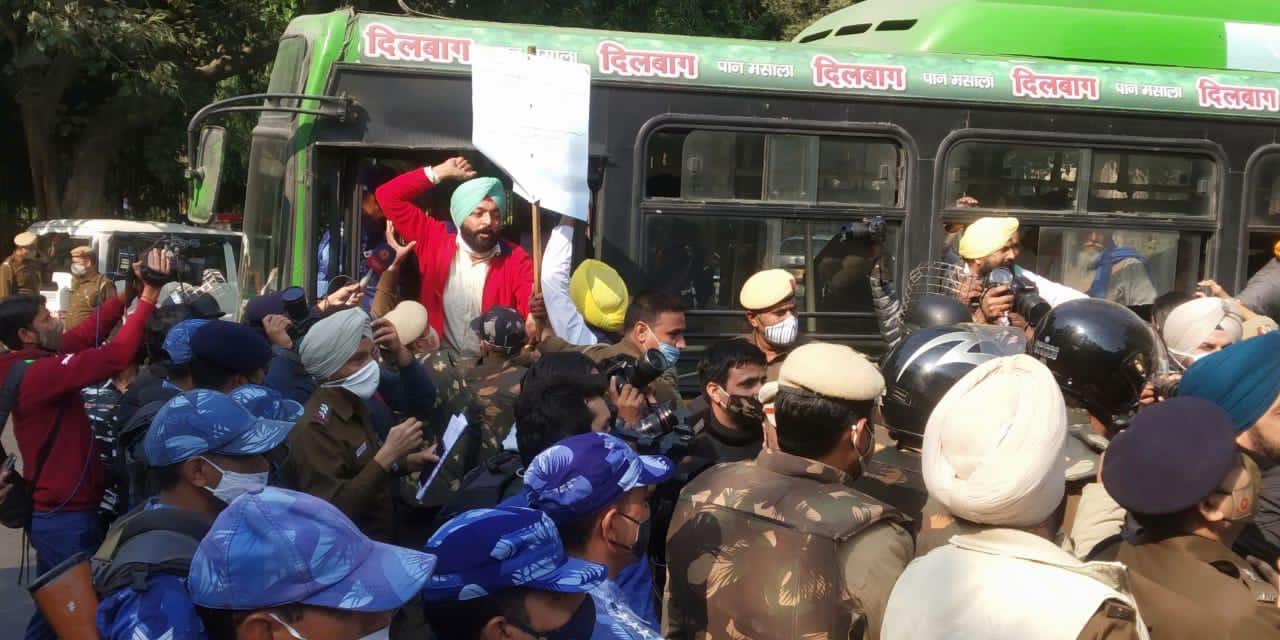 Police in the state of Haryana detain participants of the protest rally on their way to the national capital, Delhi. Delhi’s two neighboring States of Haryana and Uttar Pradesh coordinated attempts, with the Delhi police, to prevent protesters from entering the capital. 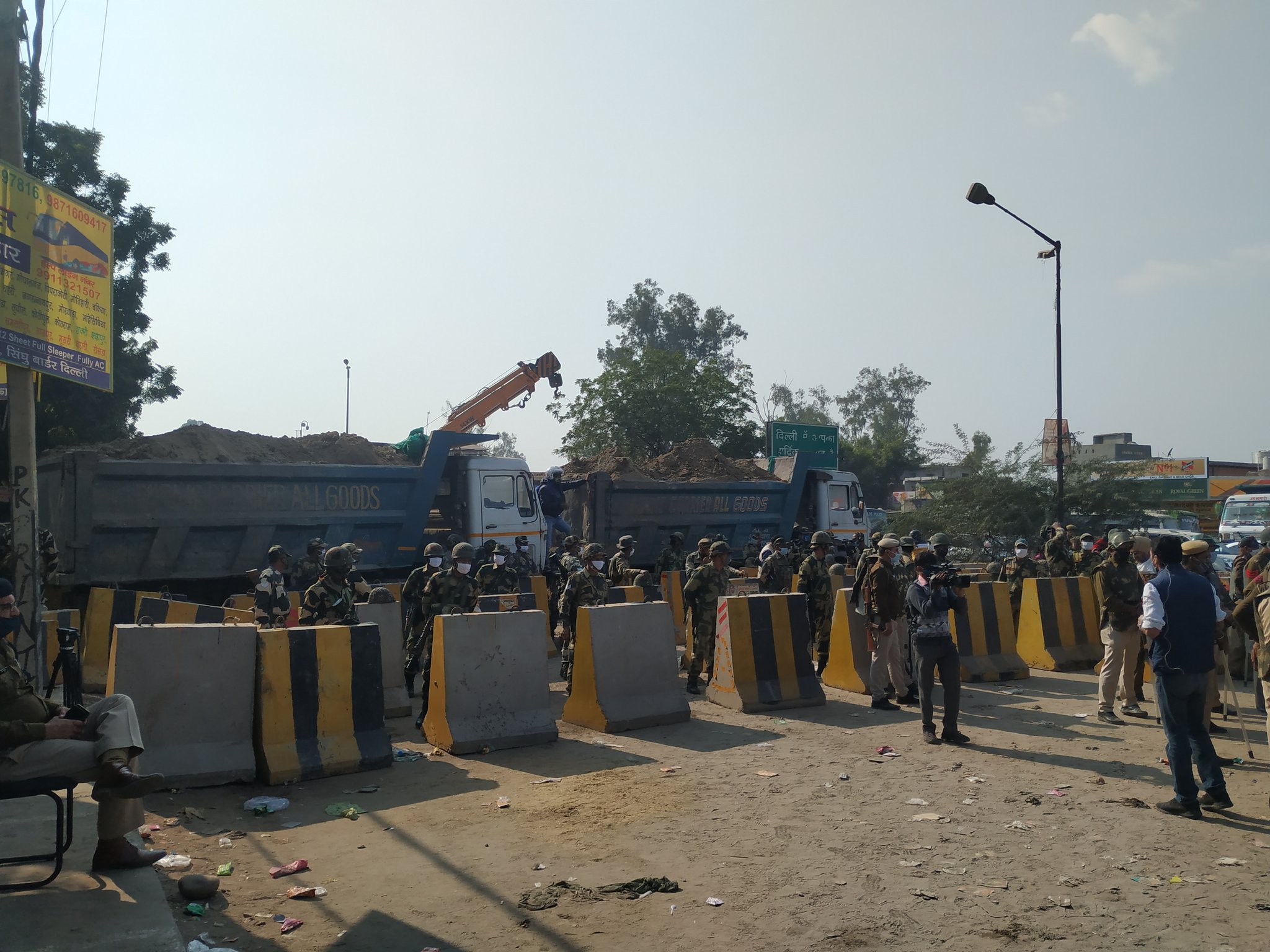 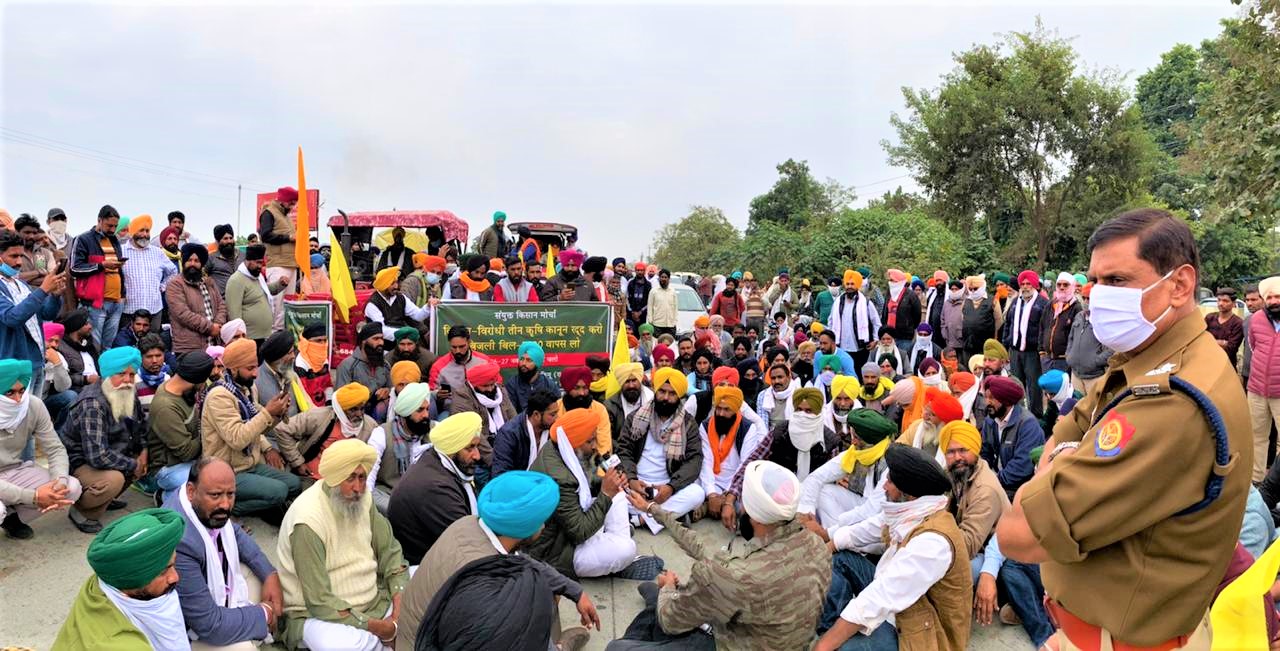 In the meanwhile, the protesting farmers held counter blockades in Uttar Pradesh on routes leading to Delhi

Workers protest in Noida, a satellite city of Delhi. 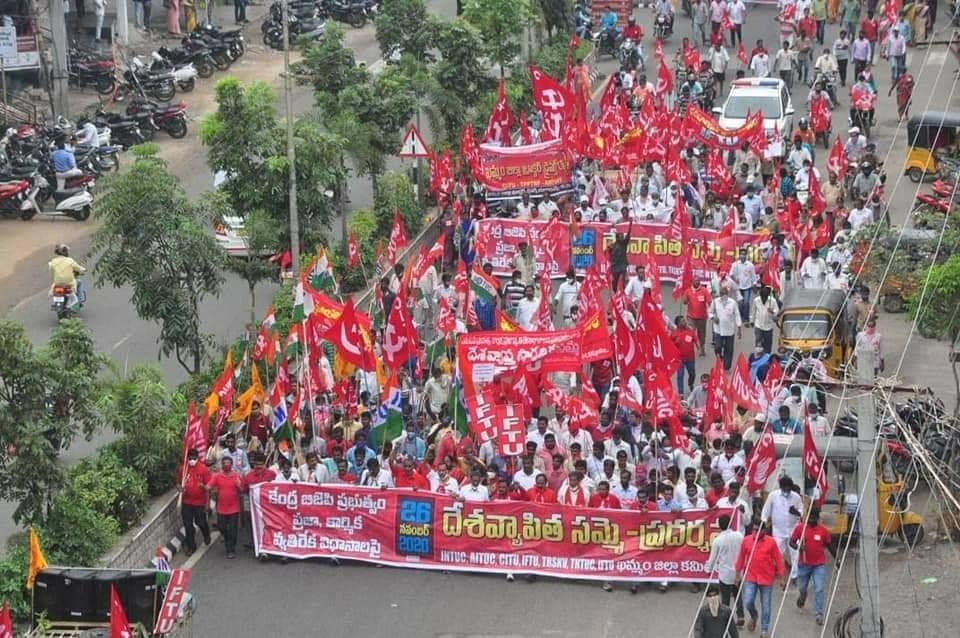 Massive protests were also held in southern states. Pictured here is a protest rally held in the state of Telangana.

Textile workers in the city of Coimbatore in Tamil Nadu. 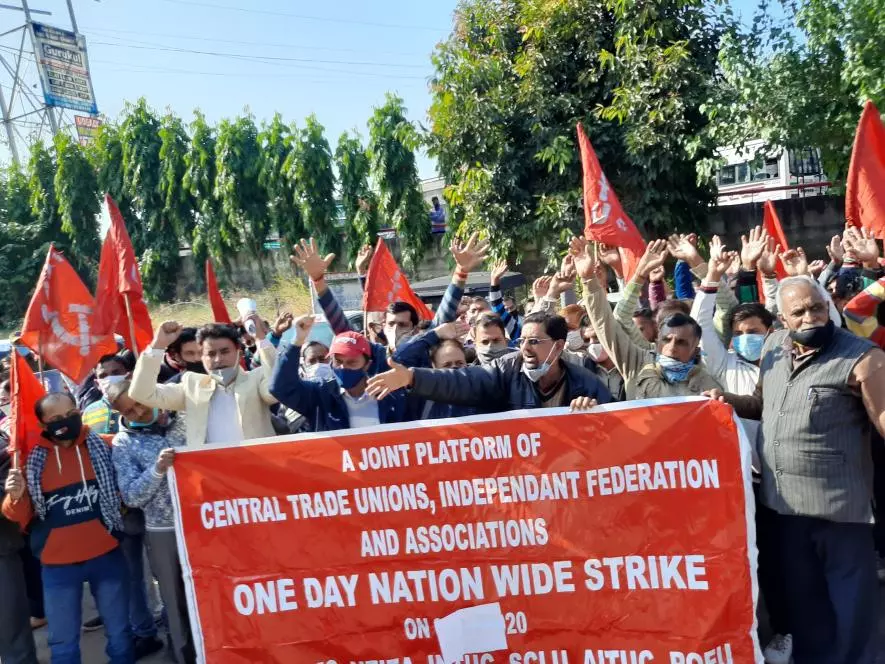 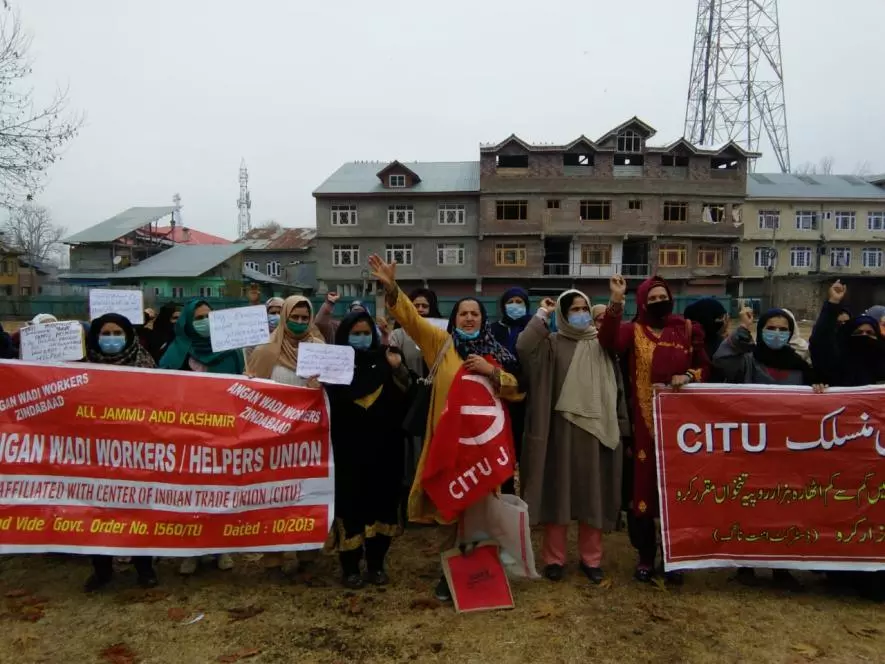 Protests were also held across Jammu and Kashmir, which has been under a virtual government-imposed lockdown for over a year and repressive government policies have made mobilizing extremely difficult. 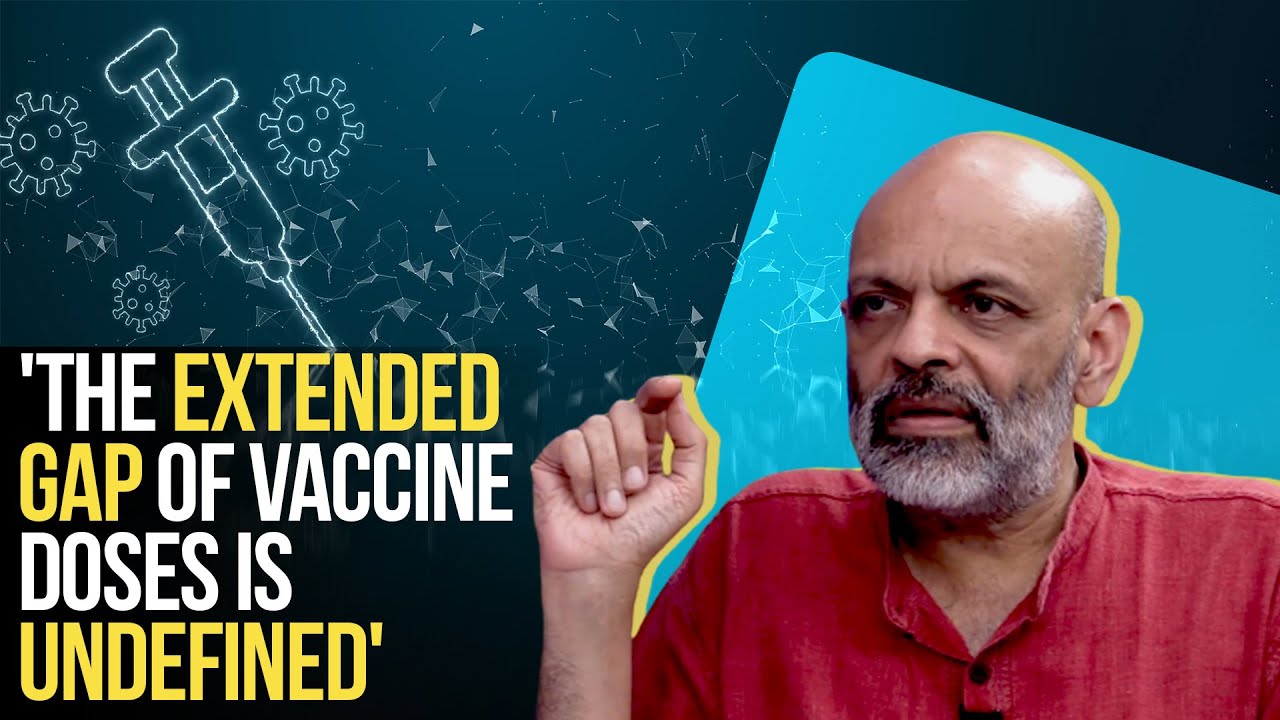 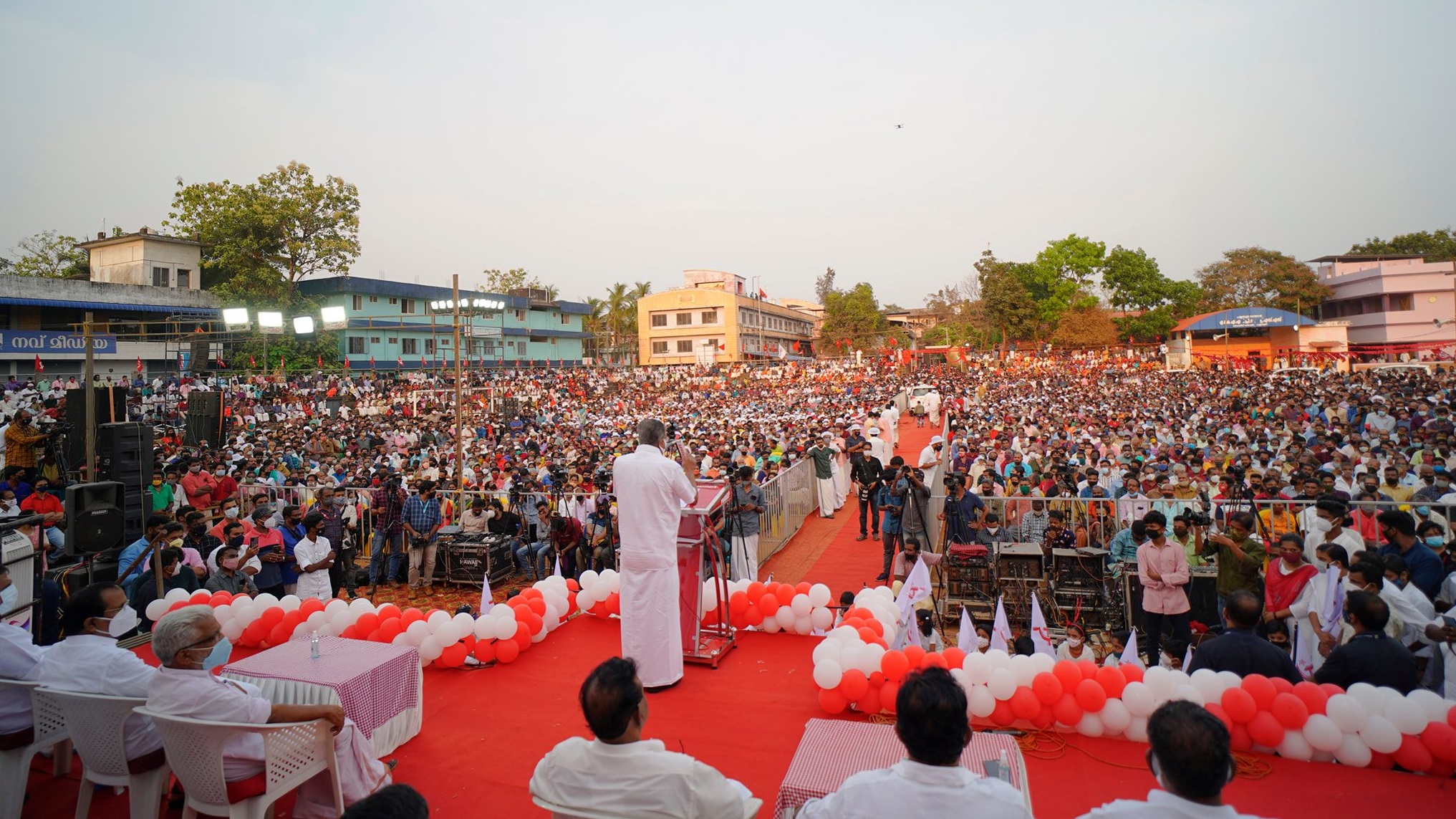 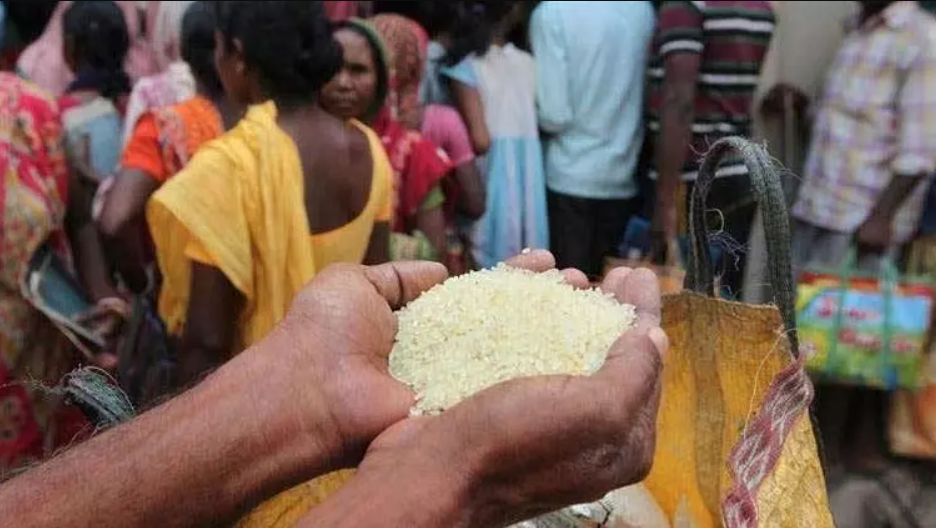