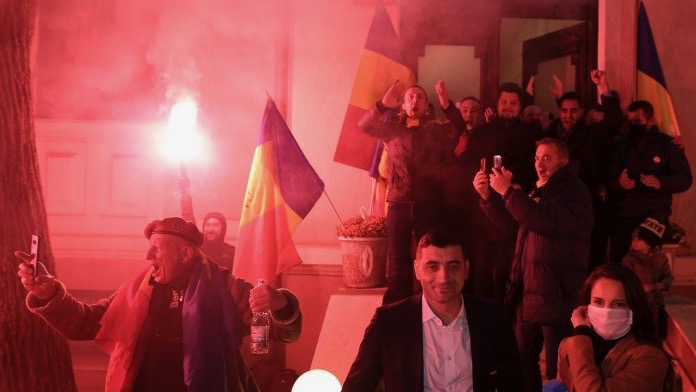 The main opposition Social Democrats (PSD) have taken a narrow lead over the ruling National Liberal Party (NLP) in the parliamentary elections held in Romania on December 6, Sunday. After the counting of around 99% votes, the PSD had secured over 30% of all votes against NLP’s 25%.

While the PSD has lost a large share of its votes compared to its performance in the last parliamentary elections held in 2016, the results are a big relief for the party which has dominated the electoral scene in the country since the 1990s. In the 2016 elections, the PSD had won over 45% votes. It was removed from power in a no-confidence vote last year following massive popular demonstrations against alleged corruption in its government. The NLP then formed a three-party alliance and formed the government under prime minister Ludovic Orban.

The vote for the bicameral Romanian elections was held amid the COVID-19 outbreak, which had a massive impact on the overall voter turnout. As per the official tally, just 33% of the electorate in the country exercised their votes on Sunday, compared to 39.5% in the last elections in 2016.

The two chambers of the Romanian parliament are the Chamber of Deputies (332 members) and the Senate (137). The seats for both the chambers are decided on the basis of national party lists and proportional representation, with a minimum threshold of 5% of popular votes.

Despite the loss in the election, prime minister Orban has announced that his party will form the next government with the help of other parties. An alliance of some liberal parties called the USR-Plus is expected to get nearly 15% of the votes and is considered as the main potential ally of the NLP.

Critics argue that NLP’s failure to win the elections is due to its mishandling of the COVID-19 pandemic and a lack of base in the rural areas of the country, which are strongly dominated by the PSD – an heir of the communist party rule.

Two other parties have crossed the 5% popular vote threshold and will have representation in the parliament – the far-right Alliance for Romanian Unity (AUR) which has got around 9% votes and the Hungarian minority party UDMR with around 6%.

AUR which has close ties with the country’s church will be represented in the Romanian parliament for the first time. UDMR is a traditional ally of the ruling NLP.

Romania is the poorest country in the European Union. Political turmoil in the country is also related to its membership in the group. The EU had opposed PSD’s judicial reforms, which was one of the main reasons for the popular protests last year. Orban and the NLP are considered to be pro-EU.

NATO countries gear up to supply more weapons to Ukraine