The Tenants and Inhabitants Association (AS.I.A-USB), USB Social Federation and the National Youth Network We Stay organized the protests on December 18. (Photo: Contropiano.org)

On Friday, December 18, progressive sections across Italy protested the government’s rejection of the proposal to extend the moratorium on evictions until March 31, 2021. The Tenants and Inhabitants Association (AS.I.A-USB), the USB Social Federation and the National Youth Network We Stay gave the call for the protests after the incumbent Democratic Party (PD) and major opposition groups refused to extend the eviction ban which was imposed in the backdrop of the COVID-19 crisis. Demonstrations were organized in major cities including Milan, Bologna, Catania, Livorno, Grosseto, Viterbo, and in Rome, where a protest was held in front of the parliament building.

The protesters demanded the blocking of foreclosures and evictions for the duration of the pandemic. They have also demanded a new ten-year plan for one million public houses, the establishment of a fund to finance the housing policy with a commitment of at least 3% of the budgets of the State, regions and municipalities, and an unconditional emergency income for all those who have lost income or are unemployed. This must be supported by a share of the rent and utilities and by taxing large real estate properties which are lying vacant, the organizations demanded.

According to a joint statement by the organizers, the “rejection of the proposal to extend the ban on evictions shows us how much the government and the opposition are in harmony when it comes to defending the interests of entrepreneurs and their income, and are indifferent to the suffering of millions of families and younger generations who live in precariousness and have problems in meeting the cost of housing, a problem that has widened precisely because of the pandemic.”

The groups claim that despite the dangerous pandemic conditions, bailiffs and law enforcement agencies will start knocking on the door of thousands of tenants to carry out the eviction from January 1, throwing those who have no alternative into the streets.

According to reports, about 350,000 eviction sentences have been issued in the last five years in Italy. Major cities including Rome and Milan are facing an acute housing crisis. 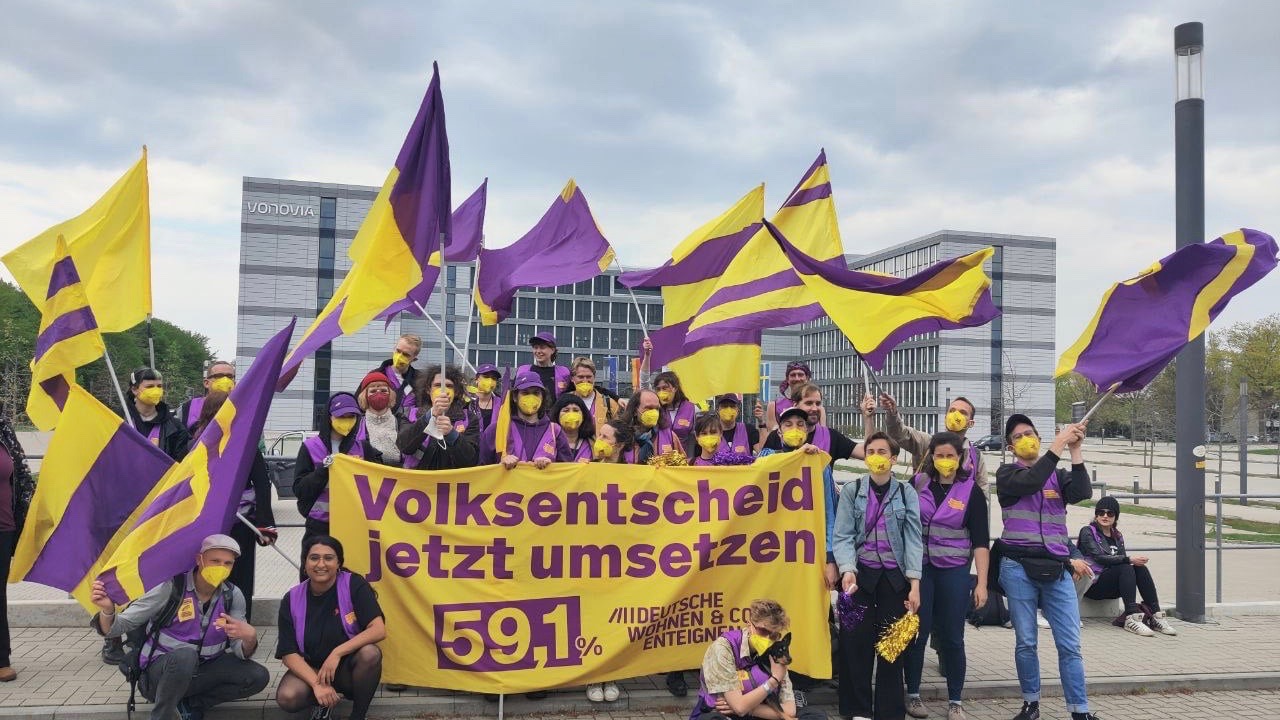