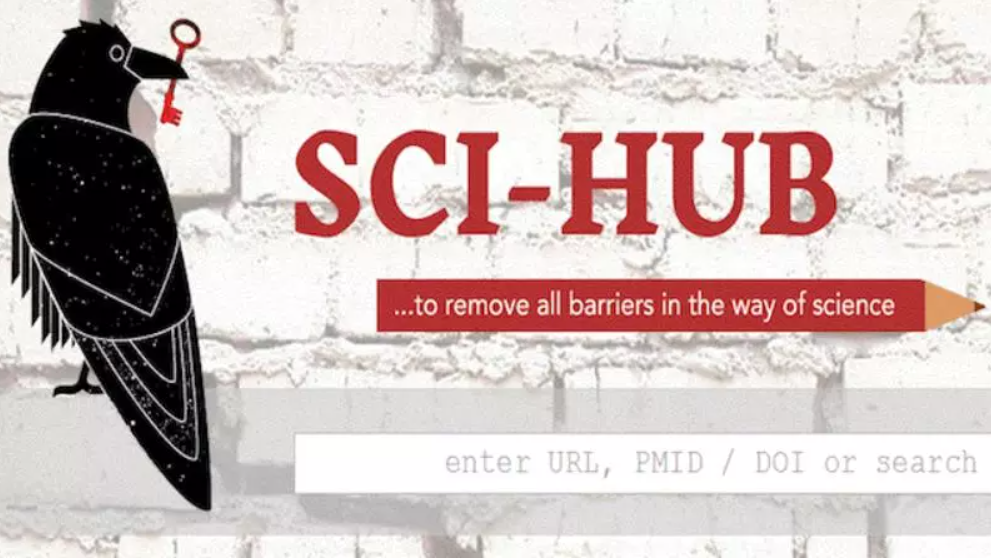 Three academic publishers are asking for blocking of Sci-Hub and Libgen in India, two websites who provide free downloads of research publications and books to research scholars and students. The three—Elsevier Ltd., Wiley India Pvt. Ltd., American Chemical Society—have filed a petition in Delhi High Court, which is now scheduled to be heard next on January 6.

The publishers, who have filed similar suits in other countries as well, would have us believe it is them versus the pirate sites. What they hide is that there is another community involved here, students, teachers and research scholars, whose access to these journals would virtually end if the publishers have their way in court. This would have serious and long term consequences for science and technology in India.

Who are these three publishers in Delhi High Court? Elsevier, Wiley and American Chemical Society together publish 40% of scientific publications. If we take the five top publishers, they control more than 50% of the publications in science and social sciences worldwide, one of the largest concentrations of market power in any sector. Journal publishing is a $10 billion industry, with one of the highest profit margins of any sector. The profit margin of Elsevier is 37%, twice that of Google, the latter under attack globally for its monopoly practices and super-profits.

Publishing science and social science journals is a business where the publishers do not either create the content or take care of its quality through refereeing. All of which is done free by the scientific community, who are in turn paid by the taxpayers or students’ fees. On top of that, those who produce the content, have also to pay for it through their nose if they have to read these journals.

The libraries are finding it hard to pay the exorbitant prices of these publications, and it has become the single biggest item of cost for the universities and institutes as these monopoly publishers continuously ratchet up the price of these journals.

Maybe the cost of the journals are going up due to the increasing cost of production? Not so if we look at the figures. The price of these journals has gone up more than five times—or 521%—in the last 30 years against consumer price index rise of only 118%. That means the price of these publications have become six times while the rest of the goods is only twice of what they were 30 years back. This is the super-profits or the rent we, as a research community, pay for what is essentially our produce.

Has the cost of production in publishing increased more than other sectors to justify this three times difference? On the contrary! As we know, there are no costs for the publishers for the content; that is the free labor of the research community. Has the cost of physical production gone up? Again, no. Only 10% of the sales of these publications today are in print form, the rest 90% is entirely digital. So the cost of production has decreased over time. Again, the major part of the production cost is off-loaded to the researchers. They have to submit their manuscripts electronically, strictly according to the guidelines of the publishers and in their format. The actual conversion to the final form is also not done by the publishers, who outsource them onto various companies in countries like India, who do the actual conversion to the digital, searchable form and maintain all the quality checks required.

So what do the publishers do? By virtue of their monopoly, they rake in the money, while every part of this supply chain, those who produce the content, to those who create the final digital product live a hand-to-mouth existence. They push the libraries to buy bundled subscriptions of all their products, charge money for any article that may be required by a researcher anywhere in the world, charging them from $30 to $60 per article. Sitting on the monopoly of the prime intellectual content of the world, the money just keeps on flowing.

The business model of scientific publishing was the handiwork of Robert Maxwell, a crook and one of the more unsavory characters in the British industry. He was on the verge of being discovered for his theft of $400 million from his workers’ pension funds totaling and is believed to have died by suicide by jumping off a ship. Elsevier had bought a significant part of its current publications from Maxwell shortly before he died.

Without access to these journals, it is almost impossible to do quality research. If India aspires to be a first-rate science and technology nation, it needs access to knowledge for its students and teachers. Open Access journals that allow people to read and download content free have a different bar: we have to pay the journals to be published. Instead of access, the bar for poorer countries and universities shift to the ability of its researchers to pay for being published. And only 20% of the research content today is in such open access journals.

It is here that sites like Sci-Hub, which holds about 80 million papers, have become a boon to researchers. A Science article in 2016 analyzed—with Sci-Hub’s help—that Indian scholars downloaded about 7 million papers in one year. This would have cost the students or the universities around $200-250 million in 2016, a number which has only gone up since then.

It is not just cost alone why people turn to Sci-Hub. It is also the ease of downloading any paper from any journal as a single-stop shop, the quality of its search algorithm and the speed of its downloads. This is why—as the Science piece pointed out—even research scholars affiliated to universities, who have access to these journals through their universities use Sci-Hub, and why university towns in the US show a high number of downloads!

Alexandra Elbakyan, a young Kazakhstan science scholar, started Sci-Hub due to lack of access for the bulk of science scholars to good quality journal articles. Under the cases filed in the US, she can be arrested anywhere and transported to the US to face trial and a lengthy prison sentence. It is not an accident that the case filed in Delhi High Court asks for her address to be disclosed so that the full might of the US and its extra-territorial reach can be used to stop her.

For those who may remember Aaron Swartz’s case, he downloaded a number of research papers using his university facilities and wanted to make them freely available. He was arrested, and facing a lengthy prison sentence under US law, died by suicide. Aaron is remembered by the free software and free knowledge community for his contributions to free software and his demand to liberate knowledge from its prison guards: his manifesto of liberating knowledge.

Aaron, in his Guerilla Open Access Manifesto published in 2008, wrote:

“Information is power. But like all power, there are those who want to keep it for themselves. The world’s entire scientific and cultural heritage, published over centuries in books and journals, is increasingly being digitised and locked up by a handful of private corporations. Want to read the papers featuring the most famous results of the sciences? You’ll need to send enormous amounts to publishers like Reed Elsevier.”

It might be believed that Sci-Hub has no legal case in India. This is not true. Sci-Hub does not charge any student or researcher for the downloads—it is a free service. So it is not profiting from making such papers available. Secondly, Indian copyright law has exceptions for education and research. It is for the Courts to decide whether Sc-Hub’s use by research scholars in India constitutes a valid use of the copyright exceptions, similar to what was argued and decided by the courts in the Delhi University photo-copying case. Finally, these copyright holders are sitting on content, some of which is more than 60 years old and free from copyright in India. Yet, we still have to pay money to access even this content.

The case filed by the copyright holders in Delhi High Court asking for a blanket ban of the sites is not against Sci-Hub and Libgen, it is against the research scholars in this country. Most of whose research would come to a halt if this case by the robber barons of the publishing industry succeed. It is the future of research in India that is at stake, not Alexandra Elbakyan’s or Sci-Hub’s future. 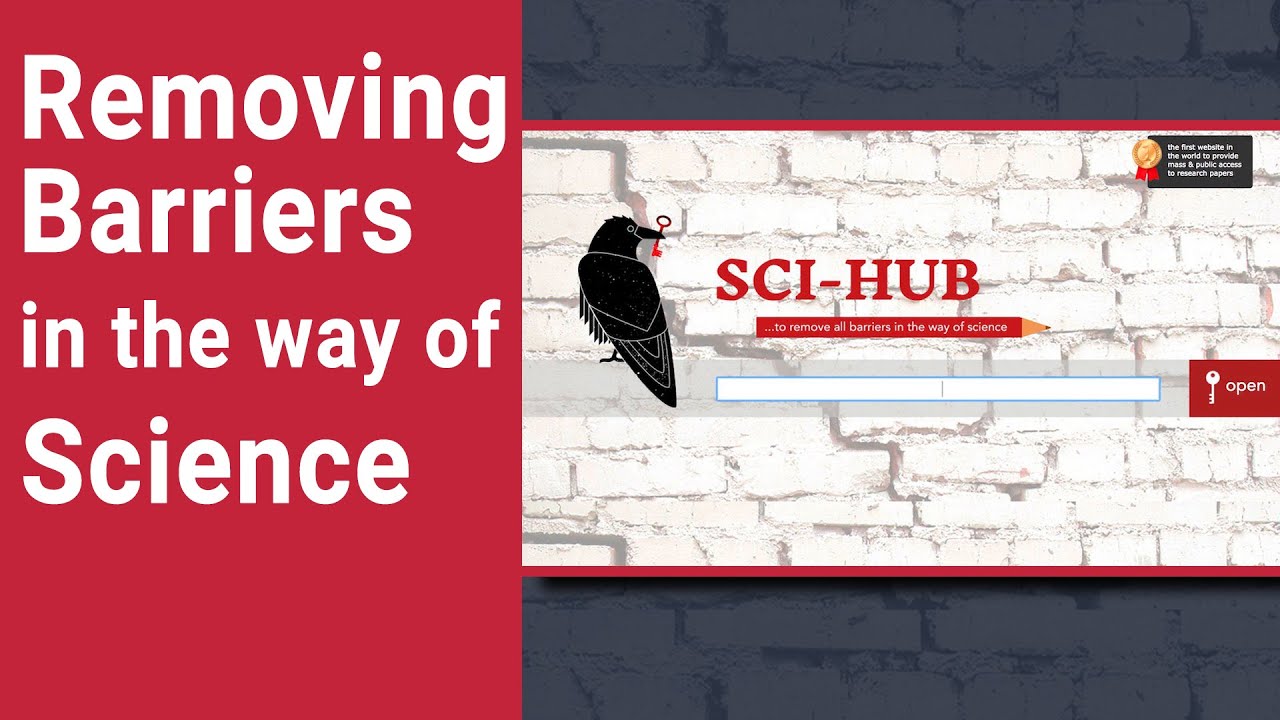 Publishing giants sue those trying to make knowledge accessible for all 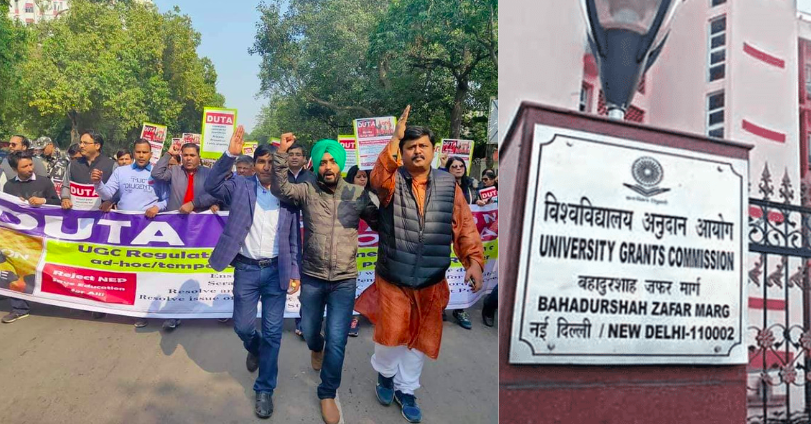