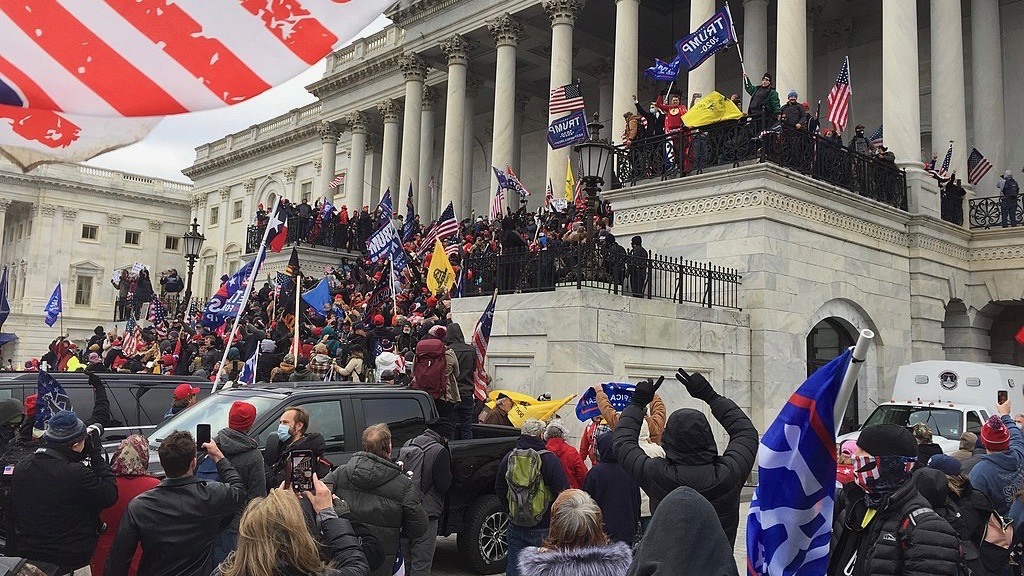 An impeachment motion has been filed against Donald Trump over his role in instigating the riots at the Capitol building on January 6.

Donald Trump is set to face his second impeachment motion with less than 10 days of his term left. The Democratic Party in the United States House of Representatives tabled the impeachment motion on Monday, January 11, under the single charge of “incitement to insurrection,” for his role in the storming of the Capitol building on January 6 by his supporters.

The Democrats also tried to move a resolution that would have urged vice-president Mike Pence to make use of his power under the 25th Amendment to remove the president from office, with majority support from the federal cabinet. The resolution failed to be tabled after intense opposition from the Republican Party.

In the days following the storming of the Capitol, which houses the Congress, members of the Congress have turned sharply against the president and his family for inciting thousands of his supporters. The impeachment motion has pointed to Trump’s insistence at publicly undermining the results of the general election held on November 3, last year, which he lost.

In the motion, they also point to the president’s efforts to pressurize local and state officials from his party in some of the key battleground states, to manipulate the results. They have also highlighted that Trump himself on Twitter called on people to join the protest in Washington DC on January 6, organized by his supporters who claim that the elections were lost.

The House is expected to vote on the motion later this week, and requires a simple majority to impeach the president. Once impeached the Senate shall hold a trial against Trump and pass the motion for his removal from the office. The previous impeachment motion had both the chambers of Congress voting almost strictly along partisan lines, with the Republicans strongly defending Trump’s record.

This time around though, the Republicans are yet to commit to a party line. If Trump is successfully removed from office, he would be barred from holding any major federal offices in the government or the Congress for years to come.

The motion read that “In all this, President Trump gravely endangered the security of the United States and its institutions of Government. He threatened the integrity of the democratic system, interfered with the peaceful transition of power, and imperiled a coequal branch of Government. He thereby betrayed his trust as President, to the manifest injury of the people of the United States.”

The riot that followed a massive “Stop the Steal” rally by pro-Trump and right-wing groups led to the deaths of six people, including two security officers. Authorities continue to hunt for the participants of the riots and have so far been able to arrest over 80 people.

Several of those arrested have been charged with terrorism for possessing explosives, guns and Molotov cocktails. The Federal Bureau of Investigation has also pitched in to investigate plans of some of the rioters to kidnap sitting legislators.

Anti-racist and peace activists have highlighted the significant disparity in how security forces dealt with the riots, compared to the Black Lives Matter protests. During the several-month rebellion against racism in 2020, peaceful protesters in the same city were met with violent attacks from members of the police.

Security officials, meanwhile, have warned of growing calls for protests, confrontation and rallies, in the days leading up to Inauguration Day on January 20, when Joe Biden will take his oath to become the next president of the US.