Skip to content
Police in Berlin tried to disrupt a rally attended by more than 3,000 people in memory of Rosa Luxemburg and Karl Liebknecht who were murdered on January 15, 1919. Protesters were injured due to police violence on Sunday and many were arrested

On Sunday, January 10, around 3,000 people marched in Berlin to commemorate Rosa Luxemburg and Karl Liebknecht, the founders of the Communist Party of Germany (KPD). They were murdered on January 15, 1919 by paramilitary forces following the Spartacist Uprising on the instigation of the Social Democratic Party of Germany (SPD)-government to curb the communist rebellion. On Sunday, police tried to forcefully disrupt the rally, injuring participants and injuring others. Communist, youth, antifa groups participated in the mobilization on Sunday.

The Spartacist Uprising of January 1919 was a communist uprising against the post-war transition government led by the SPD and with the aim of setting up a workers’ republic. The uprising started as a general strike on January 5 and quickly became an armed conflict between the workers and the far-right paramilitary groups called Freikorps. The communist rebellion was brutally suppressed and on January 15, Rosa Luxemburg and Karl Liebknecht were murdered by the Freikorps.

According to reports, on Sunday, the police attacked the peaceful rally in Berlin – which was organized adhering to COVID-19 safety protocols – by leftist groups, alleging that sections within the rally were carrying banned symbols referring to the flags of the Free German Youth (FDJ). The FDJ was the youth wing of the Socialist Unity Party of Germany and the official youth movement of the German Democratic Republic (GDR). Progressive sections across Germany including the German Communist Party (DKP), Socialist German Workers Youth (SDAJ) condemned the police attack on the rally.

The Berlin committee of Socialist German Workers Youth (SDAJ) has stated that the police and media are trying to justify the police attack by claiming that the displaying of the Free German Youth (FDJ) symbols is prohibited in public. The SDAJ refuted this claim on the ban on FDJ symbols, pointing to a Berlin local court ruling differently in 2014 and acquitting those who were accused in a similar offense.

“The attack on the demonstration clearly shows that a powerful communist movement poses a danger to the ruling class in Germany and for them it should be criminalized as an anti-capitalist force. The police are not afraid to violate the law themselves. However, we did not let our right to the demonstration be taken away and walked through Friedrichshain, Lichtenberg and Friedrichsfelde to the memorial of the Socialists. The announcement at the revolutionary monument at the Friedrichsfelde Central Cemetery could not be more clear… The dead remind us,” added the SDAJ. 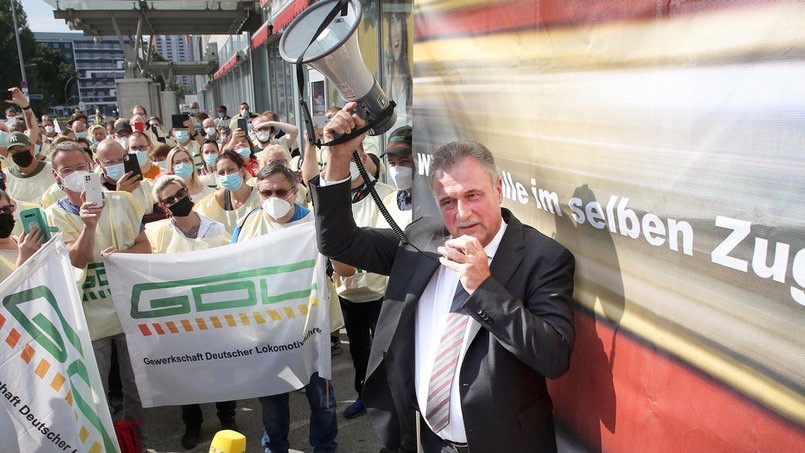