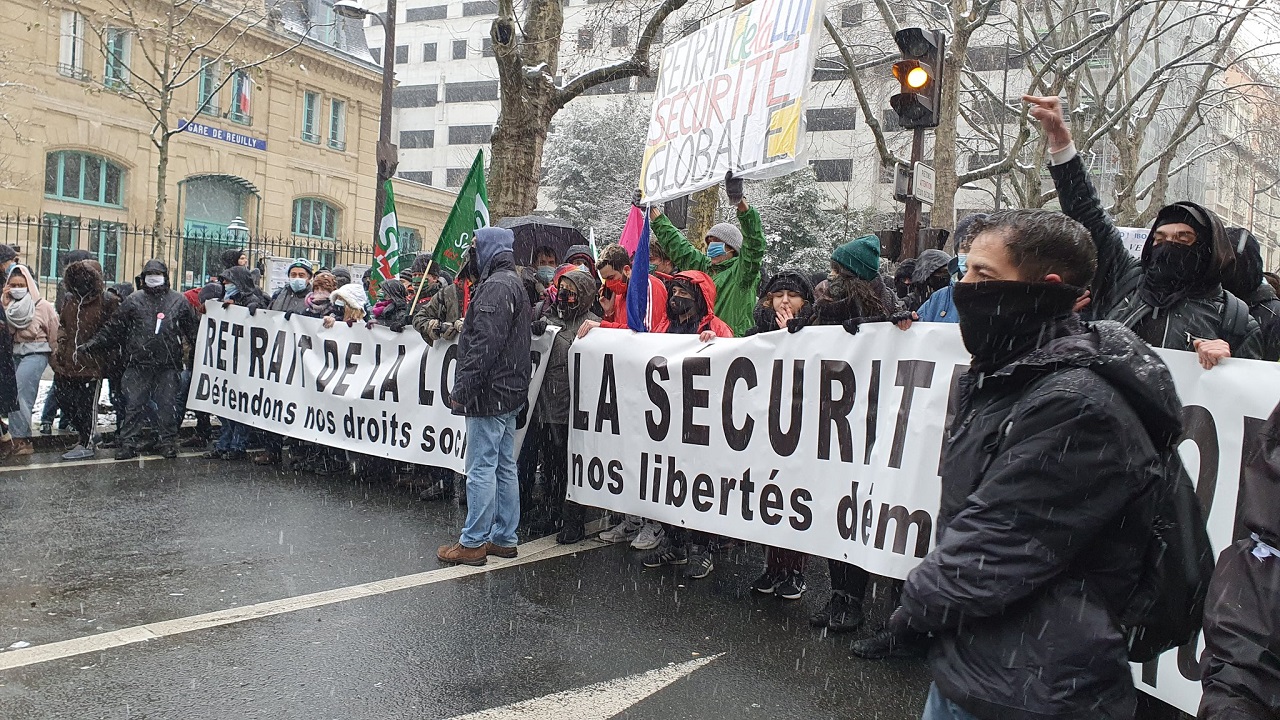 On Saturday, January 16, tens of thousands of people hit the streets across France in another major protest against the draconian Global Security bill proposed by Emmanuel Macron’s government in November last year. Critics say this bill will give the police more power while leading to lesser accountability. On Saturday, more than 80 different mobilizations are reported to have taken place across France, including in Paris, Lyon, Nantes and Toulouse, media reports said. In Paris, braving snowfall, more than 10,000 people joined the March For Liberty from Place Félix-Eboué to Bastille to protest the draconian bill. Incidents of police repression of the protesters were reported from several places. The continuous protests against the bill since November last year have forced the government on the backfoot and it has offered some concessions but protesters have said they will continue to resist till all objectionable aspects of the bill are withdrawn.

The proposed law grants more autonomy to local police, expands use of surveillance drones and portable cameras by police patrols, and makes illegal the dissemination of images where police officers can be identified. Under article 24 of the new bill, sharing images of a police officer’s face in action, unless it has been blurred, will be treated as a crime that could result in a one-year prison term or fines of up to EUR 45,000 (USD 53,354). Following massive protests, the government had agreed to rewrite the bill. The legislation has been opposed by the journalists, trade unions, leftist groups including the French Communist Party (PCF) and other progressive sections. The protests have been organized by the National Coordination Committee against the Global Security Bill, #StopLoiSecuriteGlobale, which comprises more than 80 groups including the National Union of Journalists (SNJ).

Meanwhile, the public-police consultations,‘Beauvau de la security.’ involving the representatives of law enforcement agencies, elected officials and citizens, as announced by Emmanuel Macron, is scheduled for January 25, in order to improve the French police’s operating conditions and to improve their ties with the public. The #StopLoiSecuriteGlobale Coordination has denounced the consultation by stating that “it appears more and more to be we feared: a chamber for recording police claims, and not a place for critical debate.”