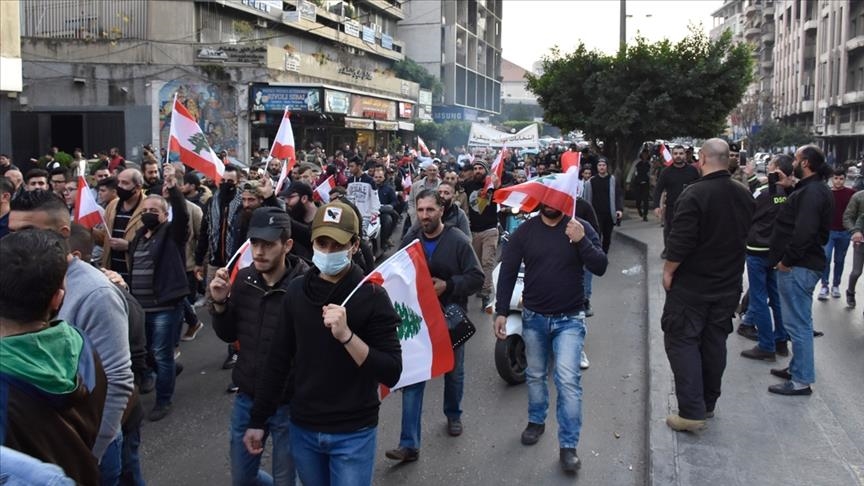 At least one person died and over 200 protesters were injured after security forces fired live ammunition during a protest in Lebanon’s second largest city of Tripoli on Wednesday, January 27. Protests in the city, which is in one of the poorest regions of the country, have been going on for the last three days. The protesters are demanding adequate economic aid from the government at a time when all economic activities are shut because of the lockdown imposed in the country for the last three weeks to curb the spread of COVID-19.

According to the Associated Press more than 220 people were injured, while a 30-year-old man died in the hospital early on Thursday. Lebanon’s Internal Security Forces also used water cannon and tear gas and rubber bullets on the protesters before opening fire claiming rioting.

They identify him as 30 year old Aa.T

He has been identified on social media as Omar Taybeh from the impoverished Bab al-Tebaneh neighborhood.

Hundreds of protesters marched to the city’s Al-Nour square also demanding an end to the lockdown which has closed all business and economic activities depriving people of essential income.

Tripoli was also a major center of countrywide anti-government protests which started in October 2019 demanding systemic political changes and end of corruption.

Similar protests were also held in other cities of the country including capital city Beirut. The protesters in Tripoli also blocked the highway going to Beirut.

Lebanon has been under heavy lockdown for the last three weeks. According to the health minister of Lebanon, the lockdown will continue until February 8.

The government thinks the lockdown is necessary to prevent the breakdown of the country’s health sector. Lebanon has seen a surge in the new COVID-19 infections since the beginning of the year. On 27 January it recorded more than 3,900 cases and a record 67 deaths. The total number of cases in the country has increased to over 290,000 with more than 2,550 deaths.

The lockdowns have worsened the economic condition of the common Lebanese who were already suffering from rising prices, unemployment and poverty in the country. The political establishment in the country has failed to address any of the issues raised by the protesters since 2019 and Saad Hariri, who had to resign under popular pressure in 2019, is poised to become the prime minister again.