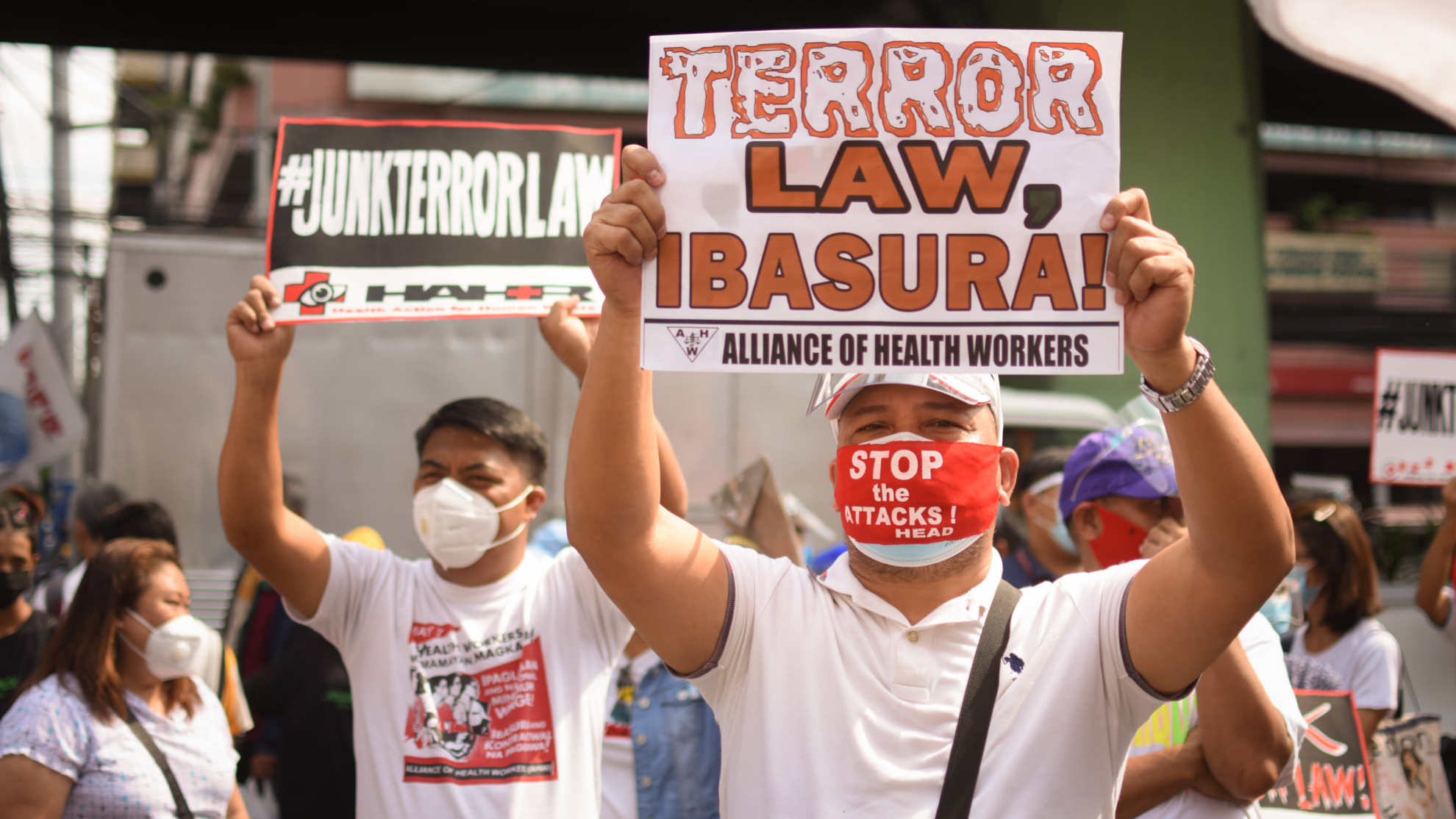 On Tuesday, February 2, the Philippines Supreme Court heard oral arguments on the petitions against the controversial Anti-Terrorism Act (ATA). The court is hearing arguments on 37 petitions filed by rights groups, trade unionists, lawyers and left-wing legislators for the first time since the law came into effect in July 2020. This is the first of several hearings in the supreme court with the next hearing scheduled for February 9.

Eight lawyers representing the petitioners went face-to-face against the solicitor general, Jose Calida, representing the government and defending the law. The legal team is led by Jose Anselmo Cadiz, president of the Integrated Bar of the Philippines (IBP).

The lawyers representing the petitioners pointed out fundamental issues, specifically how it empowers the government to detain and arrest those accused under the law, media reports said. Edcel Lagman, one of the petitioners, argued that the law provides for prolonged detention of the accused, which would be an assault on human rights.

Advocate John Molo, a law professor, argued that the Supreme Court must intervene and pass an injunction on the law until the conclusion of the trial, reported Rappler‘s Rambo Talabong. The petitioners have argued that provisions of detaining suspects will deprive Filipinos of their constitutional right to due process.

The presiding judges however showed a reluctance to do so. Associate Justice Marvic Leonen questioned whether it is too early for the court to intervene, especially since none of the petitioners have been directly affected by the law. The ATA has been in effect for over seven months and only a handful of cases have been filed under it so far.

Significantly, on the same day, two indigenous activists from the Aeta community who were the first to be arrested under ATA pleaded to be included as petitioners against the law. Japer Gurung and Junior Ramos were arrested under the ATA in September and are suing the military for allegedly being tortured for six days while in custody.

According to Bulalat, lawyer Evalyn Ursua pointed out the long history of the government detaining or imposing punitive measures on activists and perceived “dissenters,” even before the law was introduced, and how the results have often been deadly. “The red-tagging of activists and others critical of the government has led to deadly results,” said Ursua. She also argued that the ATA now institutionalized these punitive measures with the provision of terrorism.

The petitioners also argued against definition of terrorism and the provisions of surveillance and detention on the basis of vaguely defined “intentions” in the ATA. According to the Rappler‘s Lian Buan, who was reporting the proceedings, the petitioners argued that the law goes against international standards that the Solicitor General argued it is based on. They also argued that standards of necessary conditions required to prosecute, arrest or even put someone surveillance are very low, and empowers law enforcement and security agencies to ascertain whether some action constitutes an “intent” to commit terrorism. These facts, they argued, will give way for possible violation of constitutionally guaranteed rights.

Neri Colmenares, a former legislator of the left-wing party Bayan Muna and one of the lawyers for the petitions, asked “in the real world out there, who are the targets of this deprivation of rights? The law targets an ascertainable group of activists and perceived dissenters who have been the victims of red-tagging and terrorist tagging by the mere claim that they are ‘suspected persons.’”

The law was promoted by president Rodrigo Duterte and was rushed through the Congress by the ruling party, PDP-Laban, in the middle of the COVID-19 pandemic. Social activists and left-wing opposition groups have staunchly opposed the law and its expansive definition of terrorism and scope for detention and surveillance.

With inputs from Rappler and Bulatlat