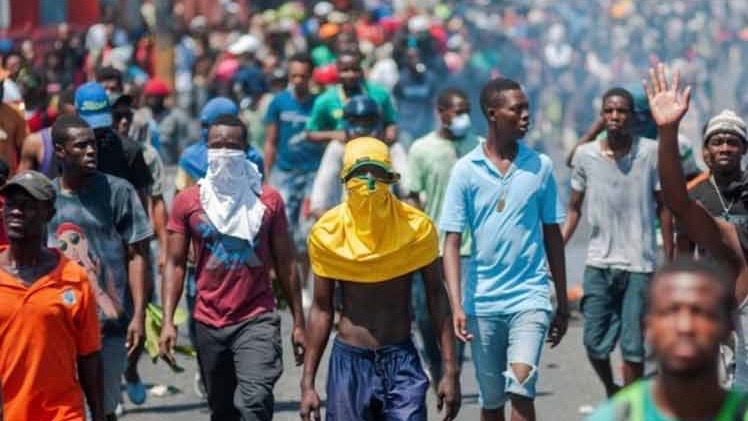 Thousands of Haitians participated in a general strike on February 1 and 2 against President Jovenel Moïse and his attempts to extend his mandate. Photo: Prensa Latina

On February 4, Haitian opposition party, Pitit Dessalines Political Party (PPPD), led by Moïse Jean-Charles, called for nationwide mobilizations on February 5 and 6 against US-backed President Jovenel Moïse. The PPPD urged the citizens to mobilize en masse throughout the country to pressurize Moïse to respect the 1987 Constitution and leave power this February 7.

Since January 10, thousands of Haitians have been demonstrating across the country in rejection of Moïse’s decision to hold presidential and legislative elections on September 19 this year. The opposition denounced Moïse’s decision as an attempt to extend his term of office until February 7, 2022, which according to the constitution ends on February 7, 2021.

Haitians also rejected the regime’s decision to hold a referendum, on April 25, to replace the current constitution, which is the main achievement of the democratic movement of 1986. The opposition considered the referendum “invalid” as the 1987 Constitution prohibits its modification through popular consultation.

Haitian society in general as well as the opposition are demanding that Moïse step down this February 7 and a transitional government be set up to later organize the general elections. The country’s main opposition organizations have already reached an agreement to replace him with a judge of the Court of Cassation.

The two-day general strike, on February 1 and 2, brought the country to a near standstill. Almost all businesses, education institutions, industries and transportation services were paralyzed in the capital Port-au-Prince and other cities. The strike was called for by various trade unions from different sectors and was supported by several civil society organizations.

During the two days, several small demonstrations were held in various parts of the country to draw attention to the growing violence, insecurity and kidnapping cases in the country and to demand compensation from the government for the families of the victims of the nationwide wave of violence. On the second day of the strike, in the city of Les Cayes, the police repressed a demonstration demanding Moïse’s resignation with excessive tear gas. At least one person was wounded by live bullets shot against protesters. Until late night, the situation remained very tense in the city and the inhabitants vowed to remain on the streets until the right-wing Haitian Tèt Kale Party (PHTK) leaves government.

Moïse Jean-Charles congratulated the trade unions for the successful general strike on February 1 and 2 and stressed that workers and citizens’ united actions are indispensable in the struggle. He called on the various opposition sectors to establish a common position for the next two years of transitional government after President Moïse’s departure. Jean-Charles also requested the international community not to interfere in the country’s internal affairs and respect national sovereignty.

Amid this social and political crisis, Moïse addressed the nation, and reiterated that he will not leave office, acknowledged that kidnapping is one of the main problems facing the country, and promised to combat it. Till now, his administration has failed to control the situation and the country has registered more than 1,000 kidnapping cases by criminal gangs to extort money since mid-2020 till date.

Additionally, despite the popular rejection, on February 3, the government released a draft of the new Constitution. The draft provides for the return to a presidential regime as it gives more powers to the president. It established a fixed five-year single term of the president. It abolishes the Prime Minister’s post and suggests its replacement with a vice-president’s post who will be elected in the general elections. It also abolishes the Senate and proposes a redistribution of the electoral districts, not yet defined. It reduces powers of the parliament, which so far approves the prime minister, the government programs and the portfolios for ministers. It removes the ban on multiple nationalities. It allows Haitians residing abroad to participate in the country’s politics and access government and legislative positions.

The Independent Consultative Committee (ICC), unilaterally appointed by Moïse at the end of 2020 to draft the new constitution, announced that the draft can be discussed by different sectors of the society until February 22, and after that process, it could undergo changes and amendments according to the proposals collected, while the vote is scheduled for April 25.

Opposition parties, social movements, civil society organizations and trade unions from diverse sectors have organized a nationwide anti-government demonstration on February 7 to force the head of state to transfer power. Demonstrations outside the US Embassy and the UN Integrated Office have also been called for to demand an end to interventionism and neo-colonialism.

Numerous social and political organizations and leaders as well as intellectuals from across the Latin American and Caribbean region have expressed their solidarity with the struggle of Haitian people and have demanded that Moïse comply with the Constitution.

Since July 2018, Haitians have been on the streets, mobilizing against Moïse’s neoliberal regime and calling for his resignation in the midst of an unprecedented social, political and economic crisis. They are tired of the increase in corruption, hunger, inequality, poverty, violence which have deepened in the country under Moïse’s rule and have demanded immediate changes. 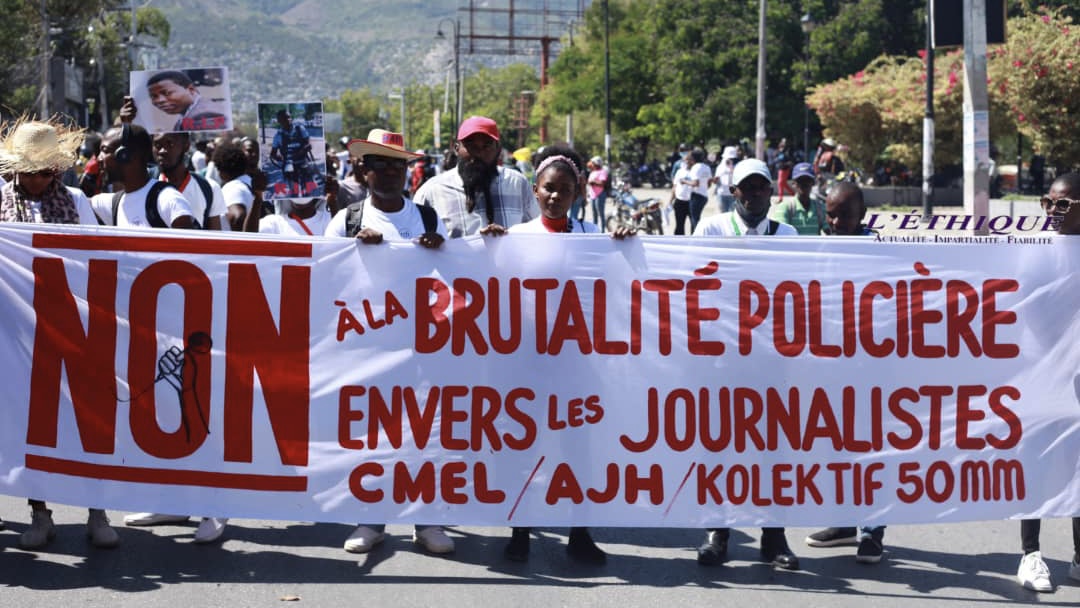 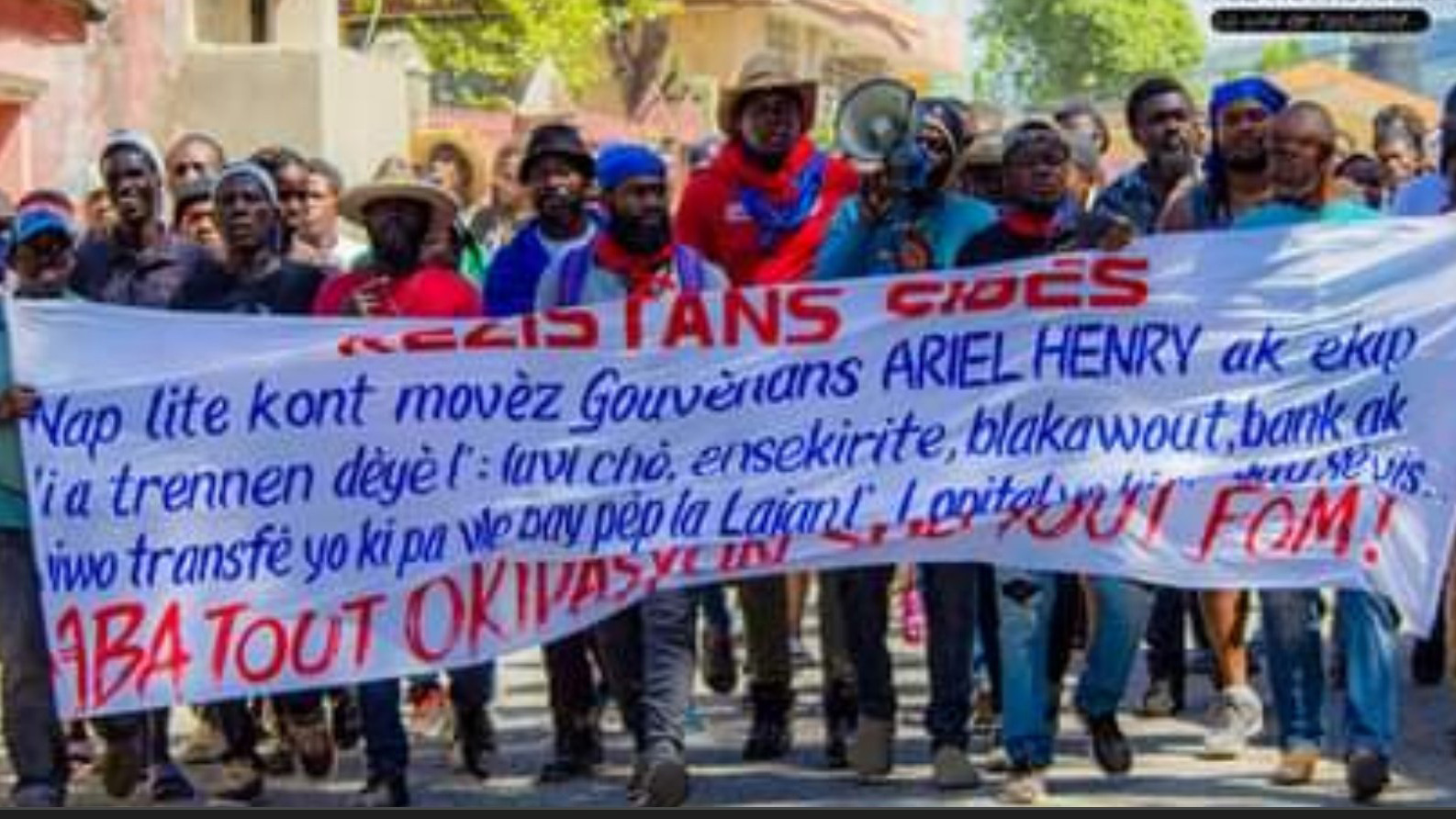