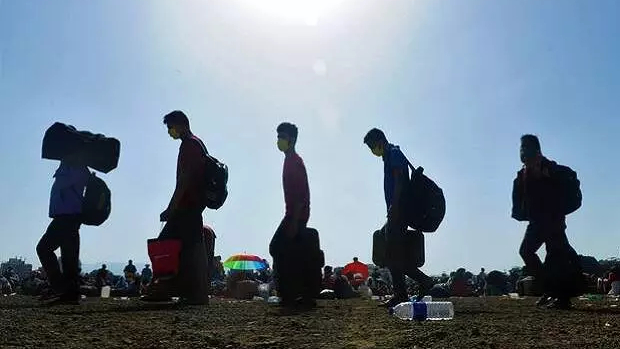 The sudden nationwide lockdown announced in March 2020 by the Center created a grave socio-economic crisis that hurt migrant workers the most. The lockdown triggered a reverse migration on a massive scale. Who can forget the visuals telling traumatic tales of their desperation? Stung by that bitter experience—which invited wide criticism—the central government has left it to each state to decide whether to impose a lockdown to tackle the second wave of the Covid-19 pandemic. It has also left it to states to determine how intense and long-lasting they want their lockdowns.

In March 2020, India had officially reported just about 500 Covid-19 infections, though experts had feared the actual number was higher when the lockdown came. This year, the official daily death toll hovered at 4,000, yet the Centre did not take the bull by the horns. The second wave of infections has brought the healthcare system crashing, with thousands struggling to find medicines, oxygen, hospital beds, and professional medical care. Everybody seems to know someone who has fallen sick or died of Covid-19. With a vaccine shortage crisis to boot, few are raising concerns about workers.

No doubt, the present lockdowns are not as intense as last year. The Indian Railways is, for example, still running trains, so the fear factor is relatively under control. The Prime Minister had talked about a 21-day Mahabharata against COVID-19 last year. Fortunately, the rhetoric is also not as drastic this time. However, it would be naive to think the job crisis will hit workers less hard in 2021. Most naive—or insensitive—are the elites who are proposing nationwide lockdowns even today. This wave of the pandemic is the second shock in one year for employees and employers. Again, the informal sector workers, whose incomes depend on working every day, are hit the hardest. India had 37o million informal workers in 2017-18, excluding the 40 million employed as informal labor in the formal sectors. A lockdown, localized or widespread, therefore implies immediate loss of jobs for millions.

In a recent Stranded Workers Action Committee survey of around 300 migrant workers, 81% said they are out of work. Lack of work means they would soon run out of food. On 9 May, the national unemployment rate was 8.15%, 2% higher than in April. Hence, 750,000 jobs were lost in one month, mostly by migrants, who are easy to lay off. Workers cannot afford another stringent lockdown. The national unemployment rate during the lockdown last year had hit 22%, again mostly migrant laborers in the unorganized/informal sectors. The micro, small and medium sectors took the brunt of it. Being small means not having the ability to cope with two heavy blows in quick succession. Besides, jobs in the service sector jobs, such as neighbourhood stores, tea shops, and construction, were declining even in the years before the pandemic. In other words, before COVID-19 struck India, there were enough reasons for the government to work on ways to relieve the stresses on the working class. Despite this, the assistance provided by the government was more symbolic than real.

Within a week of the lockdown on 22 March 2020, Union Finance Minister Nirmala Sitharaman announced an additional free 5 kilos of food grains plus 1 kilo of pulses every month. However, the Public Distribution System (PDS) is part of the National Food Security Act (NFSA). So, while the right to food is a fundamental right of every Indian citizen, the NFSA is not universal, so the PDS is not universal either. The only difference between last year and now is that even before the 2020 lockdown, the task of “integrating” the PDS was on so that if you are a migrant worker, you can access food grains anywhere. Now, many states had already computerized their food distribution networks. However, the origin of migrant workers is not from these relatively developed states. So, India is in no position to provide families living apart—for example, whose earning members live in the city while the children and elderly live in the village—with food wherever they are.

All of this raises questions about where India is headed: we refused to make PDS grains available to all citizens universally based on misplaced notions about the “misuse” of state largesse. But then we failed to implement the promised “targeted” delivery of necessities as well. In both situations, it is the workers and the poor who suffer. While dealing with pandemic-related distress, the government did not distinguish between poverty-alleviation schemes, social protection schemes such as PDS or Mid-Day Meals, and mechanisms to tackle distress specific to (informal) workers—layoffs, factory closures, etc. The availability of MNREGA work, though welcome during a crisis, cannot replace the need for workers’ social security—pension, unemployment benefits, re-employment, formalization, etc.

This lack of preparedness perhaps best explains the relative silence of the government on migrant issues. The need to register workers to ensure protective measures for them and their families, along with schemes to ward off immediate distress, was flagged repeatedly last year. One year later, little has changed on the ground. The matter does not end here. In April and May this year, several prominent figures, including AIIMS director Dr Randeep Guleria, Congress leader Rahul Gandhi, Confederation of All India Traders, the Confederate of Indian Industries, and many others, demanded national lockdowns again. The medical emergency in India leaves no room for complacency. However, the onus for unpreparedness is not on the workers. These demands also reflect a lack of consideration for working people. (Does it also demonstrate a remarkable show of class solidarity, perhaps because the epidemic has touched urban India now?)

A critical aspect of any conversation about development is to talk about workers. However, this conversation is not taking place in India even though the government reluctantly accepted that the lockdown made workers extremely vulnerable last year. The Hindi daily, Prabhat Khabar, reported earlier this month that Malkangiri Police stopped a group of fifteen migrant workers headed to their native villages in Jharkhand on the Andhra Pradesh-Odisha border. (The district is reeling under the migrant crisis.) Then on 20 May, a video was shared on Twitter by a journalist based in Ranchi. In it, migrant workers from Dumka, Jharkhand, packed in a dingy room, plead for help as they are all sick and stuck in Nepal and cannot afford treatment. These may seem like anecdotes, but only because governments have not worked hard enough to ascertain the extent of the migrant crisis.

The latest report on migration in India is the National Sample Survey Organisation’s 2007 study of migration, which no longer captures the extent of internal movement for work. The 2011 Census records that the urban population overtook the rural population for the first time in the history of censuses. In 14 years, there has been no attempt to revise the report on migration by any department.

The government was documenting workers and their status for long before the pandemic. However, this work is incomplete even a year into the COVID-19 crisis. The five-month window from September to January, when COVID-19 infections were declining, has been squandered. Even on the health front, the Centre and most states let down their guard.

Sadly, these contemporary problems have their roots in history. In the 19th century, when the Bubonic plague hit the subcontinent, the main problem for the colonial powers was migration. By January 1897, 400,000 people—almost half of Bombay—had out-migrated. Most of them were textile mill workers, sanitation workers, and other workers. Migration and reverse migration became a common phenomenon. The textile mills faced an economic crunch due to the fluctuations in migration. Workers rioted when they were forcefully quarantined on return and sent to dedicated plague hospitals where most died.

In 1991, India tried to “rectify” these problems by liberalizing the economy. In the words of P Sainath, the government “destroyed the countryside” by deliberately curbing the rural economy so that migrant workers had nowhere to go but the city. Industrialists discouraged the hiring of local workers to prevent collectivisation. In other words, nothing has changed in the 213 years since the Bubonic plague, and workers are still left to the benevolence of employers. That said, even now, the central government must realise it has to work with state governments instead of fighting them. If there is another wave of the pandemic or lockdown, it will need to coordinate with state governments in any case. Last year, the Center did not give state governments a chance to react. They had to deal with the lockdown in a hurry, and migrants were perhaps last on their list since they often do not vote where they work.

Now, as the Center opens official channels money to provide loans to companies via the RBI, it must also get a tally of their workers, collect some raw data, and figure out how to route adequate money to them. If the Centre gets its act together, it can still give many workers a fighting chance in this crisis.

The author is an independent journalist based in Jharkhand. The views are personal. 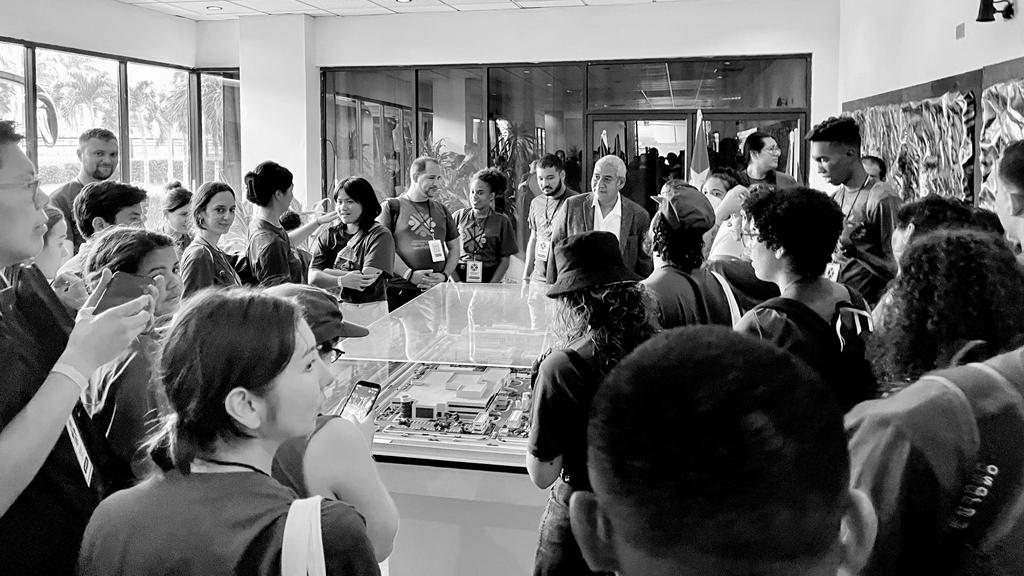