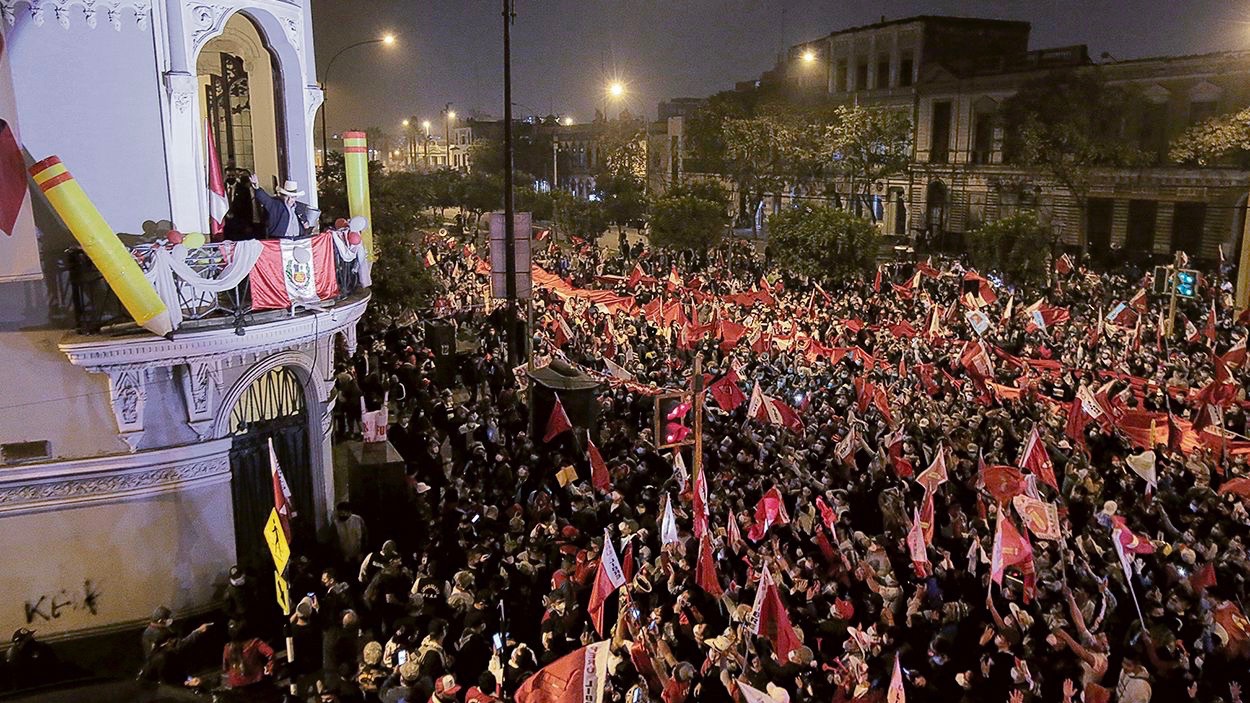 Keiko Fujimori of the far-right Popular Force party, on June 7, raised allegations of “irregularities” and “signs of fraud” in Sunday’s presidential run-off as Pedro Castillo of the left-wing Free Peru party took a lead over her in the vote count. In a press conference on Monday evening hours after Castillo took the lead, Fujimori, who promised to abide by the official results, accused Castillo’s party of stealing votes and committing election fraud.

“There is a clear intention to boycott the will of the people,” said Fujimori, showing videos, presented by the National Office of Electoral Processes (ONPE) as isolated events, as alleged indications of fraud by supporters of Free Peru at the voting tables. “We have noticed that there has been a strategy on the part of Free Peru to distort or delay the results that reflect the will of the people,” she added. She also called upon her supporters to bring forth additional allegations, if they exist, on social media using a hashtag.

Faced with another dirty attack, the Free Peru party, through a statement, rejected these allegations and called on the election authorities to “protect the vote.”

Shortly afterwards, Castillo addressed his supporters from the party’s headquarters in Lima and ensured that whatever the results of the second round would be, he would respect them. “We have to be respectful of the will of the people. I will be the first to enforce the will of the Peruvian people,” said Castillo.

Primary school teacher and union leader, Castillo, assured that his participation in the elections does not respond to any personal interest, but to greater good, and called for peace. “I am here without any petty interest, I am here for Peru. I want to call once more for the widest sanity and tranquility,” he said. He reiterated that “only the people will save the people.”

Castillo also recognized the “courage” and work of the representatives of Peru Libre at the voting tables, who are tirelessly working at verifying the correct vote count. Likewise, he thanked his supporters who are holding a “citizens’ vigil for democracy” outside the ONPE in Lima.

Fujimori had been leading in the early counting, however, when the counting in the country’s rural areas began, the difference between the two candidates began to narrow and Castillo pulled ahead.

The results of the run-off held on June 6 are still too close to call. According to the official vote count by the ONPE, with over 96.79% of the ballots counted, Castillo has secured 50.25% of the votes, while Fujimori has obtained 49.74% of the votes. No candidate is expected to concede defeat before the final count is in.

The new head of state and the two new vice presidents will take office on July 28. The new government faces the challenge of rebuilding the country, mired in corruption and neoliberal policies, reviving it from the enormous economic, health and social crisis due to COVID-19 pandemic and regaining the trust of its population, tired of unfulfilled electoral promises.

Castillo has expressed himself in the favor of rewriting the country’s constitution, with the aim of giving the state more control and a leading role in the economy to compete with the private companies. He proposes that the state should ensure basic rights to the citizens in order to address the crisis facing Peru, rooted in decades-long inequality. He has proposed nationalizing natural resources & strategic industries such as mining, oil, hydropower, gas and communications to equitably divide the country’s wealth.

Meanwhile, Fujimori, the daughter of former dictator Alberto Fujimori, has expressed herself in support of preserving the current constitution which many argue enshrines the neoliberal order and deepens inequality that was drafted during her father’s dictatorship.