On Sunday, June 13, hundreds of anti-imperialists and peace activists in Belgium demonstrated at the Albertina Square in Brussels protesting the Summit of the North Atlantic Treaty Organization (NATO) that started on June 14. Organizations and peace groups including the Intal Globalize Solidarity initiative, organizations from the International Week of Anti-Imperialist Struggle, Workers Party of Belgium (PTB/PVDA) and the Communist Party of Belgium (PCB-CPB) gave the call for the anti-Nato action.

The ongoing meeting of NATO in Brussels is the 31st formal meeting of the heads of states of the military alliance. The motivations for the protest were numerous. Many criticized holding the meeting amid the intensification of the COVID-19 pandemic and condemned NATO for its role in escalating tensions with Russia and China, in what has commonly been described as a new Cold War.

NATO Secretary General Jens Stoltenber called the meeting a unique opportunity to reinforce NATO as the enduring embodiment of the bond between Europe and North America.

The European Secretariat of the International Peoples’ Assembly stated that the purpose of NATO summit is to renew and strengthen the transatlantic partnership between USA and Europe and to hide the huge internal and external contradictions of the United States and Europe by focusing the discourse on supposed external enemies like Russia and China.

Read: Their wars, our lives: The return of anti-militarism

Ahead of the protests against the NATO summit, Nabil Boukili, MP from PTB, asked the Belgian prime minister what choice he will make in this dangerous and disturbing global context where, for economic and strategic objectives, the US is starting a cold war against China.

“If we want stability and peace in the world, we do not choose the side of the US that poses a danger to peace, but we opt for a policy of dialogue and collaboration at the international level,” Boukili said.

The Intal Globalize Solidarity initiative condemned the fact that in the middle of the COVID-19 crisis, and under pressure from NATO, Belgium spent almost 5 billion Euros (USD 6.06 billion) on the war industry. “We don’t want to invest in ultra expensive war machines like the F-35s, we don’t want nuclear weapons at Kleine Brogel base, we don’t want a Cold War with Russia and China,” added the initiative.

The Communist Party of Belgium (PCB-CPB) said that “in recent years, Belgian imperialism, complementing the American, European and French imperialism, has participated in all wars of aggression, occupation or provocation in the context of inter-imperialist contradictions to gain its market share.” The party has also demanded a ban on nuclear weapons, dismantling of Kleine Brogel Air Base in Belgium and the withdrawal of all Belgian soldiers  involved in NATO’s imperialist missions. 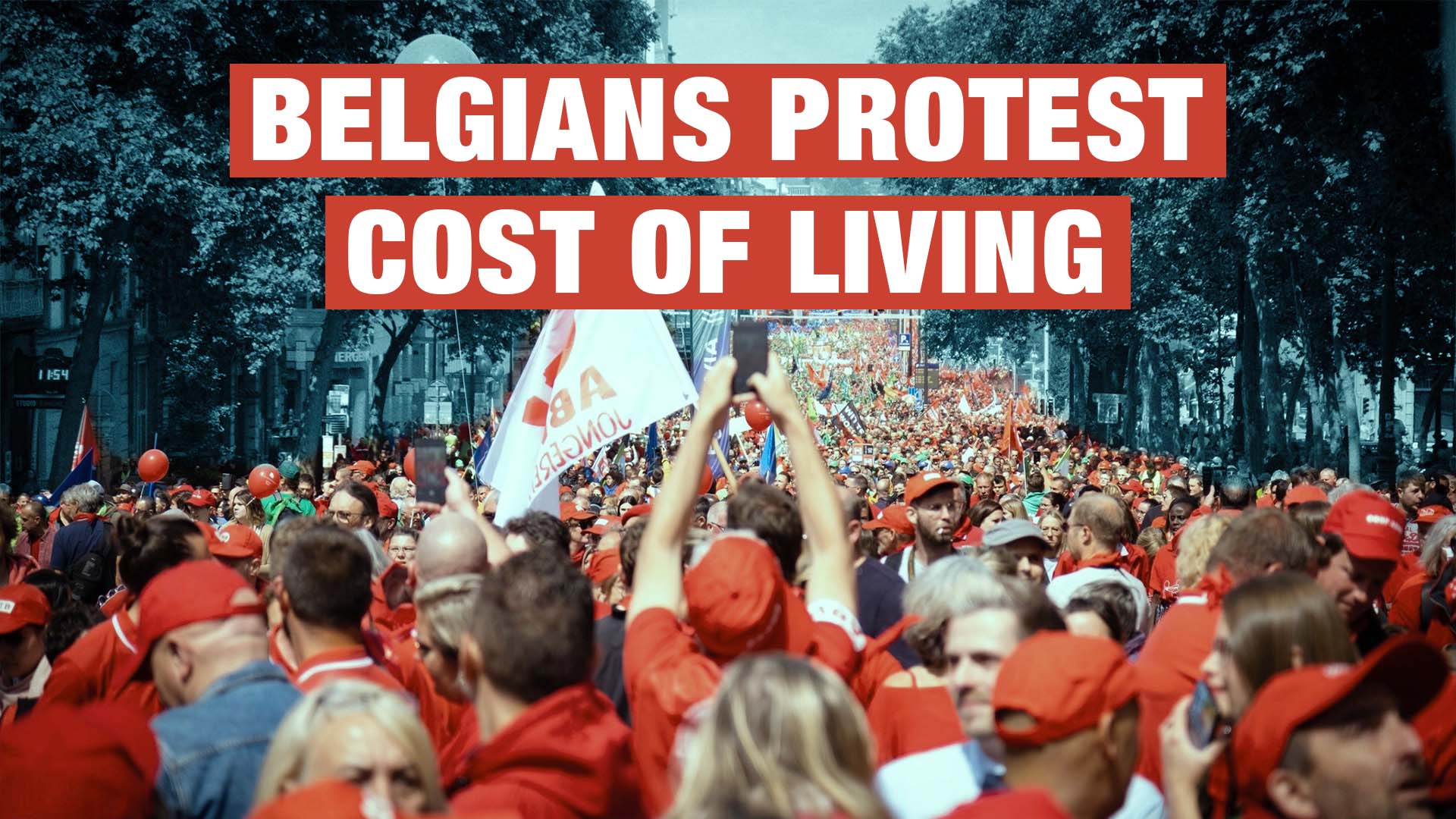 More than 80,000 hit the streets of Belgium against inflation