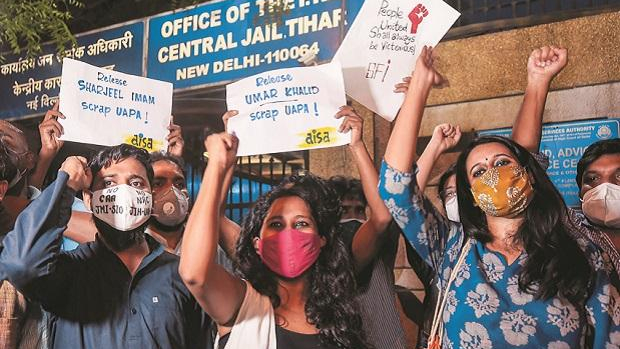 On June 15, the Delhi High Court granted bail to three activists who were detained last year under the stringent anti-terror law, Unlawful Activities (Prevention) Act (UAPA). Natasha Narwal, Devangana Kalita and Asif Iqbal Tanha were accused of hatching a large-scale “conspiracy” that triggered the northeast Delhi riots, a charge all of them denied.

While the High Court bench of Justices Siddharth Mridul and A. J. Bhambhani delivered the order on Tuesday, the activists were not set free until Thursday after the police cited delays in verification of their addresses. On Thursday, the activists approached the High Court again which directed a lower court to immediately look into the matter. The lower court ordered the immediate release of activists. Meanwhile, the Delhi police approached the Supreme Court against the bail order. The Supreme Court permitted the activists to remain out on bail but said the High Court judgement could not be used as a precedent until it ruled on the case.

32-year-old Natasha Narwal, who is a member of the students’ group Pinjra Tod (Break the cage), said after walking out of jail on June 17,  “For the past two days the ‘drama’ that was created around the bail orders and our release appeared we may not be able to come out of jail. The jail authorities made sure they shut the entire jail premise before they would release us.” Natasha was arrested in May 2020. Her father, Mahavir Narwal, who spent the past year fighting his daughter’s case, died due to COVID-19-related complications while she was behind bars. It was only after his death that Natasha was granted a three-week bail to take part in her father’s funeral.

The three activists were arrested after the Delhi police, which is under the Central government, accused them of “hatching a conspiracy.” As per the police version, this conspiracy resulted in religious riots in the national capital Delhi, which led to the killing of 53 people, mostly Muslims, in February 2020. The students were active in organizing protests against the controversial Citizenship Amendment Act (CAA), which according to critics was discriminatory against Muslims and would have risked reducing them to second-class citizens. Many have pointed to the brutal irony in the persecution of activists who advocated religious unity and harmony in a case to do with violence against minority Muslims. They have pointed out that the riots cases are being used to target those critical of the government and its CAA.

The High Court judges, in their ruling that granted bail to the activists, noted that, “it seems, that in its anxiety to suppress dissent, in the mind of the State, the line between the constitutionally guaranteed right to protest and terrorist activity seems to be getting somewhat blurred.”

“Allegations relating to inflammatory speeches, organizing of chakka jaam (road blocks), instigating women to protest and to stock-pile various articles and other similar allegations, in our view, at worst, are evidence that the appellant participated in organizing protests, but we can discern no specific or particularized allegation, much less any material to bear out the allegation, that the appellant incited violence, what to talk of committing a terrorist act or a conspiracy or act preparatory to the commission of a terrorist act as understood in the UAPA,” the court added.

The high court also stated that the definition of ‘terrorist act’ in Section 15, UAPA was wide and even somewhat vague, and “the phrase must partake of the essential character of terrorism and the phrase ‘terrorist act’ cannot be permitted to be casually applied to criminal acts or omissions that fall squarely within the definition of conventional offenses as defined inter alia under the IPC [Indian Penal Code].”

After her release, Natasha recalled, “Whenever we would share the stringent charges invoked against us with anyone inside the prison people would laugh… initially for a few months, it was really terrible to even imagine how authorities imposed such terror cases against us.”

Asif Iqbal Tanha reiterated that the peaceful struggle against the revocation of the Citizen Amendment Act and the National Register of Citizens will continue till hey are revoked.

“The social trial that was initiated against us is for the simple reason that women had collectively mustered courage to stand for justice and for their rights. Every time women have done anything collectively for obtaining their rights the society has gone against them using these tactics,” said Devangana Kalita on her release. She is also a member of Pinjra Tod.

COVID-19 in India: A tale of crumbling health systems and political one-upmanship 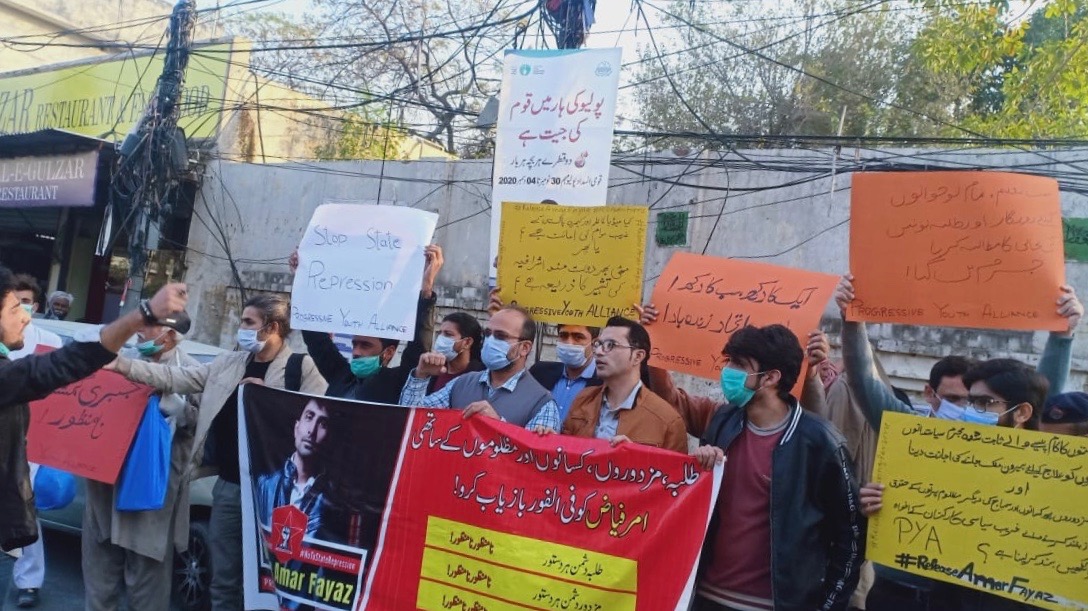