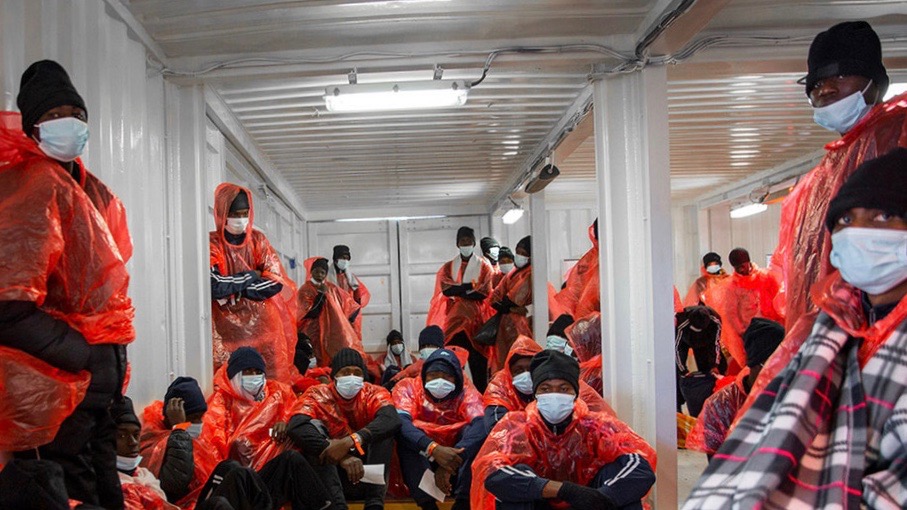 According to the International Organization of Migration (IOM), the number of migrants who died while trying to cross the sea to Europe has more than doubled in the first half of 2021, in comparison to the same period last year. The IOM called on the countries in the region to take urgent measures to prevent such deaths in future.

According to the data collected by the IOM’s Missing Migrants Project, in the first six months of 2021, at least 1,146 people died at sea trying to reach Europe. The figure for the same period last year was 513. The total number of such deaths in the year 2019 was 674. The IOM, however, asserts that the actual number of deaths may be higher as some regions under-report due to lack of credible information.

The IOM news briefing on Wednesday, July 14 also noted that despite COVID-19 restrictions across the world, the number of the people trying to cross the sea to go to Europe increased by 58% between January and June this year in comparison to the same period last year.

Most of the migrants are from Western Africa who take the risky route through Libya to cross the Mediterranean sea over to Europe. Due to the conflict in Libya, there is a lack of a central agency and smugglers operate freely. Libyan coast guards, aided by the European countries, intercept the ships/boats and bring them back to Libya where the migrants face different kinds of arbitrary detention and threats to life due to the war. The UN has marked Libya unsafe for migrants and has for asked the intercepted migrants to be taken to the European countries.

The IOM also noted that interception of migrants in Libya tripled between January and June 2021 from the same period in 2019, from 3,750 people to over 15,000 people. It said that the majority of the migrant deaths occurred in the central Mediterranean region, where 741 people died.

Nearly 450 people have lost their lives off Libya.

No one should have to risk their lives to seek safety.

Read our briefing to understand what is happening on maritime routes to Europe: https://t.co/Su3j3ZqMKW pic.twitter.com/wts24jYjXD

The IOM found that countries have conducted insufficient search and rescue operations in recent months despite knowing very well the rise in the number of migrants. Countries in Europe, for example Italy, have also prevented private volunteer search and rescue operations by using or threatening to use coercive methods. IOM director general Antonio Vitorino asked the countries “to take urgent and proactive steps to reduce loss of life on maritime migration routes to Europe and uphold their obligations under international laws.”

Vitorino asked the countries to increase “search and rescue efforts”, establish “predictable disembarkation mechanisms” and ensure “safe and legal migration routes” to save the lives of people.