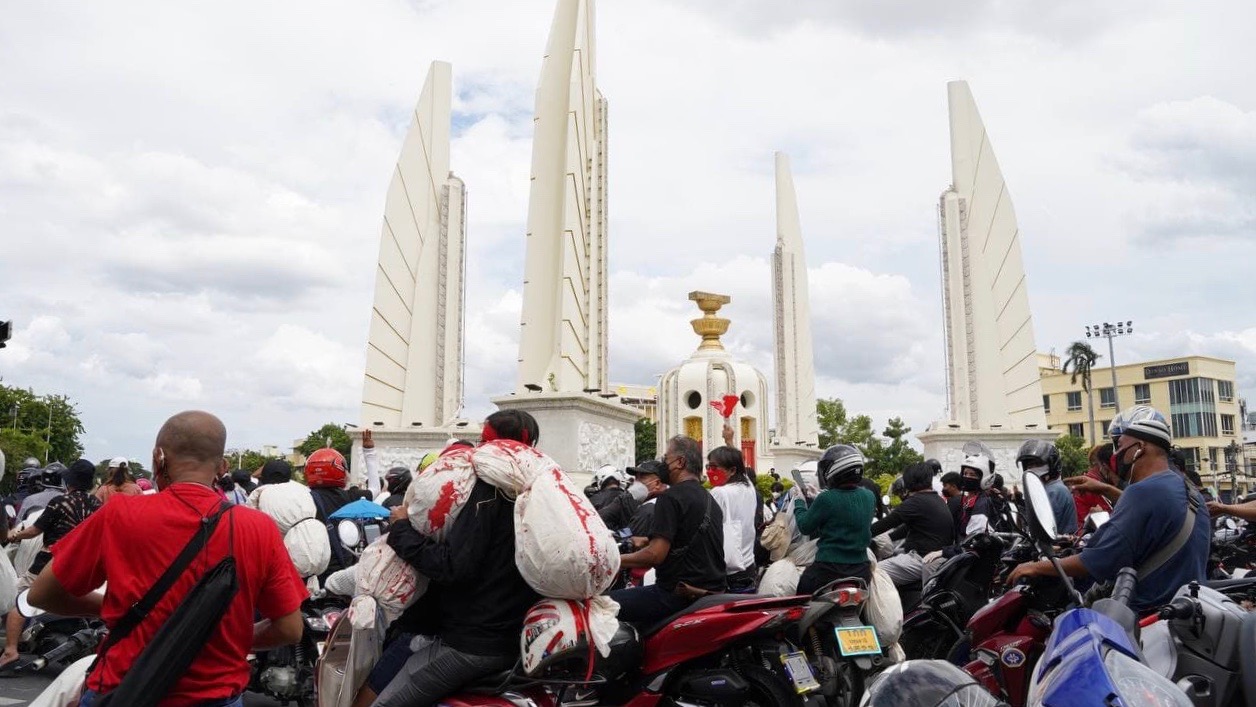 Many demonstrators arrived in cars and motorbikes filling the road around the Democracy Monument (pictured), with many carrying mock body bags representing rising COVID-19 fatalities in the country. (Photo: Prachatai/Twitter)

Massive protests hit the streets of Bangkok over the weekend, with hundreds expressing their anger against what is widely perceived as inadequate counter-pandemic measures. On Sunday, July 18, despite a stringent Emergency Decree in place as part of a pandemic lockdown, over 2,000 people assembled outside the Government House demanding more vaccines and increased funding for the COVID-19 relief measures. Police responded with arrests, crackdowns, tear gas and rubber bullets.

The demonstration was organized by the group Free Youth, along with other civil society groups operating in Bangkok. The demonstrators accused the government of mishandling the COVID-19 pandemic in the country. They also reiterated their calls for the resignation of prime minister Prayut Chan-o-cha, and called on the government to cut down the budget for the monarchy and the military and redirect those funds for COVID-19 relief and assistance.

Protesters began marching from Bangkok’s iconic Democracy Monument to the Government House, which houses the prime minister’s office and other cabinet ministers. Several other protesters arrived in caravans of cars and motorbikes, completely filling up the roundabout around the Democracy Monument and also the Ratchadamnoen Road which leads to the Government House. Dozens of effigies and mock body bags with red paint were also brought to the demonstration, symbolizing the rising fatalities.

The marchers were met with hundreds of armed police officers blocking the way to the Government House. By evening, the police began violently dispersing the demonstrators with tear gas, water canons reportedly containing tear gas, and rubber-coated bullets. Protesters who had changed their route mid-way had their path blocked by riot police and faced police violence. Several protesters, especially those coordinating the props for the demonstration and volunteer guards of We Volunteer, had their homes raided and vehicles intercepted by the police without warrant.

According to iLaw, at least 12 people were arrested on Sunday, one of them for an earlier protest held on Friday. Dozens were also injured, including three journalists covering the demonstration. The Sunday protest is a continuation of recent demonstrations against the government’s counter-pandemic response. On Friday, July 16, a massive demonstration was held outside the public health ministry. It was also violently dispersed leading to two arrests and three injuries, according to Prachatai.

Thailand has recently been witnessing a surge in COVID-19 infections, with the capital Bangkok being its epicenter. Since July 9, the daily infection numbers have been more than 9,000 on average and for the past two days, July 17 and 18, the numbers have been upwards of 10,000 per day. These numbers are the highest ever since the outbreak of the pandemic last year.

With the third wave of the pandemic seemingly imminent, the government’s response to containing the spread has been found to be inadequate and discriminatory. For instance, the government dropped healthcare assistance and free testing for thousands of immigrant workers in and around Bangkok earlier this month.

On the other hand, the continuing Emergency Decree announced amidst growing anti-government protests this year has not only failed to contain the spread but also led to increasing restrictions on civil liberties. The government has also been criticized for the extremely low vaccination rate, having only administered around 13 million doses since February, as opposed to the monthly target of 10 million. The vaccination rate as a result currently stands only at 5%.

(Based on inputs and reports from Prachatai) 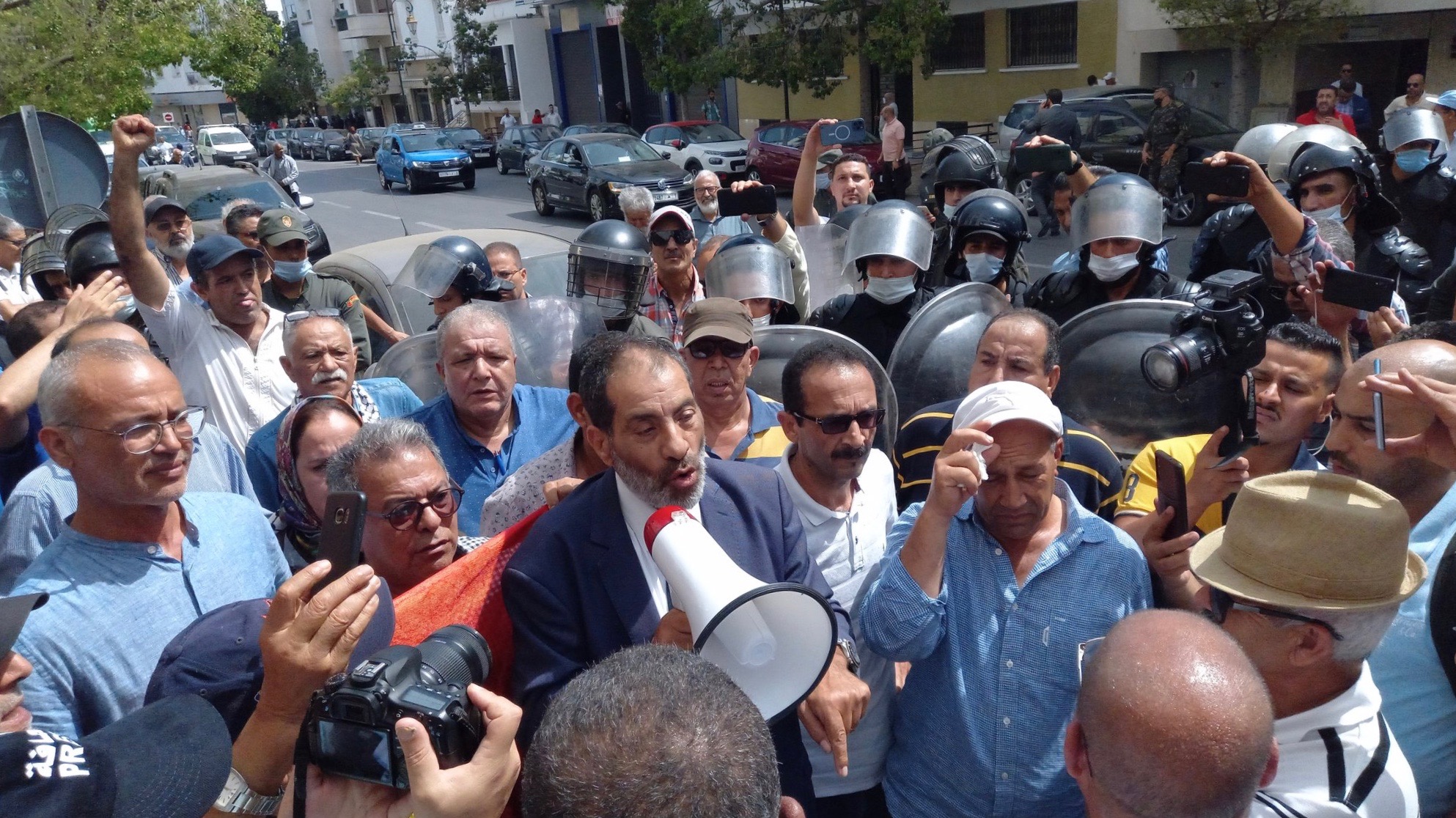