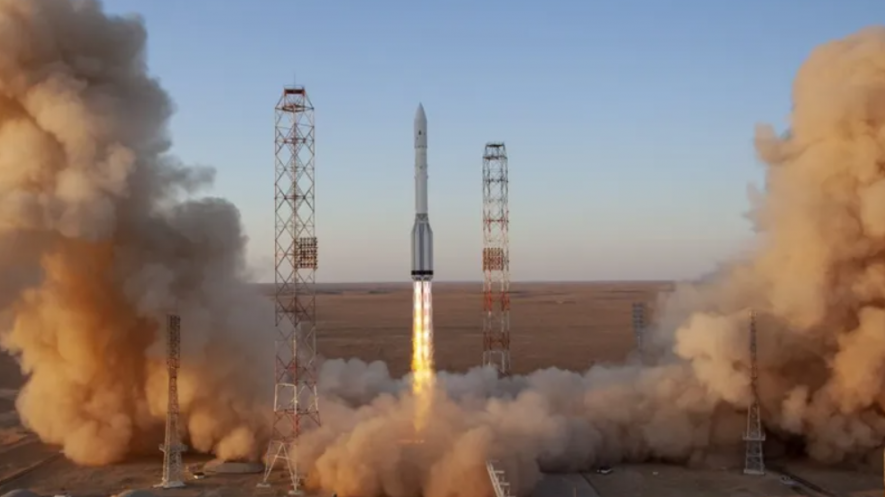 Russia, on July 21, launched the Multi-Purpose Laboratory Module (MLM), commonly known as the ‘Nauka Module’, towards the International Space Station (ISS). The launch of the Nauka module reportedly took place 14 years after it was originally scheduled in 2007. The launch was conducted by Russian space agency ‘Roscosmos’.

The Nauka module was launched from ‘Site 200’ of the Baikonur Cosmodrome, a spaceport (a site for launching a spacecraft) in Kazakhstan. This is the first spaceport in the world and is also the largest space launch facility.

The 22-ton module was launched atop a Proton-M rocket. The Proton-M is a Russian heavy-lift launch vehicle and has been derived from the Proton, which was originally developed by Soviet Russia.

After the module was launched with the help of the Proton-M rocket, it got nominally separated from the rocket, Roscosmos confirmed. The Nauka successfully deployed its solar panels and antenna thereafter and it will be raised to the orbit by its own engine.

The module will take eight days to reach the ISS  after which it will dock at the nadir (lowest) port of Russia’s service module called Zvezda. This docking has been scheduled for July 29. Before Nauka reaches the space station, cosmonauts are set to remove the Pirs docking module present in the Zvezda. The Zvezda service module was the first Russian contribution to the ISS. The service module provided a life support system, living quarters along with an electrical power distribution system, flight control system etc., and served as the early contribution towards human habitation in the ISS.

Cosmonauts started the preparation for the undocking of Pirs last month. The Pirs is leaving the ISS after 20 years as a docking port. According to TASS News Agency of Russia, the departure of Pirs from the space station will lead to its partial burning up in the atmosphere, but its pieces will come down to Earth and will land in the Pacific Ocean four hours after it departs from the ISS.

Over 42 feet long and having a diameter of 14 feet, the Nauka will have research facilities in it. It will also provide a spare bed for one cosmonaut along with a toilet, oxygen generation system and facilities for recycling water from urine.

The idea of Nauka was conceived in 1990s, but it experienced many obstacles, which is why it took it so long to reach space. The Nauka was originally designed as a backup for the Zarya, which was the first module of the ISS by Russia. Nauka rested on the ground for two decades getting outdated. In 2013, the Khrunichev Space Centre, the builder of Nauka, removed metal chips that were found in the fuel tanks of Nauka. Roscosmos reportedly thought of replacing the fuel tanks of Nauka, but at last, it was sent to space with its original fuel tanks.

Nauka also has an active docking port which will have the service of the European Robotic Arm; with a length of about 36 feet, the robotic arm is the first robotic operator designed for working on the Russian part of the ISS.