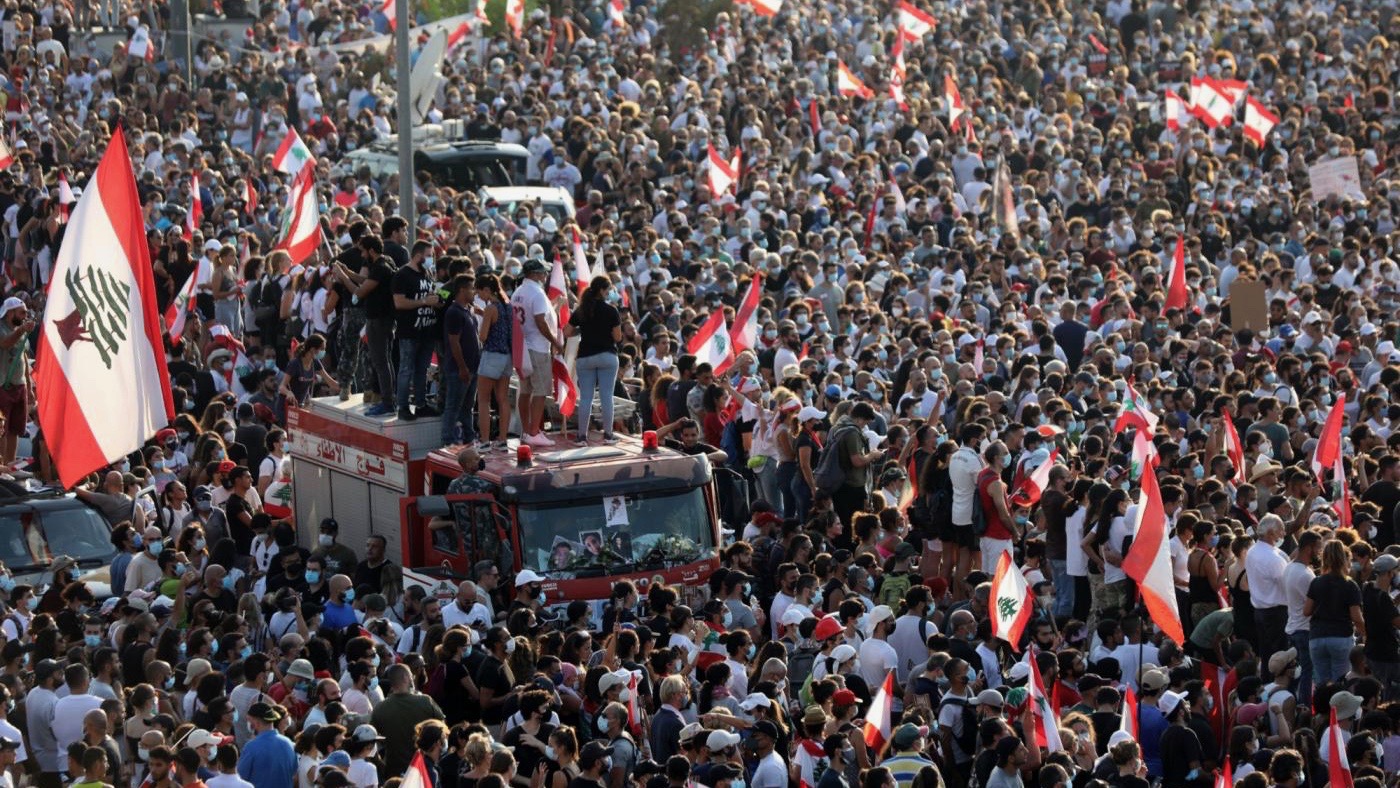 Thousands of people in the Lebanese capital Beirut took to the streets on Wednesday, August 4 to mark the anniversary of the blast at the city’s port which killed over 218 people, injured over 7,500 others, and destroyed property worth billions rendering thousands homeless.

Families of the victims who died or were injured in the blast participated in the protest which was organized near the port. Protesters carried banners, flags, and photos of the victims. They demanded accountability of those responsible for the blast and justice for the victims.

A shot of today's massive turnout at the #BeirutBlast protest, one year after the explosion that killed at least 218 in Lebanon.#انفجار_مرفأ_بيروت pic.twitter.com/kW8b4O0l1Q

Thousands of protesters also gathered at the parliament in central Beirut and tried to force entry into the building. The police and security forces used tear gas and water cannons against the protesters and beat them with batons. Several protesters were injured in the police attack.

Most commercial activities including banks and government offices were closed for the day as Lebanon declared a national day of mourning.

The blast, which is still under investigation, was claimed to have been caused by a fire involving 2,000 tonnes of highly inflammable material stored at a warehouse at the port. The explosion has been considered one of the worst non-nuclear blasts in human history.

Read more: The explosion in Beirut

Following the blast, Lebanon declared an emergency in the city and constituted a committee to investigate the events that caused it. However, protesters claim that no one has been held accountable even after a year and the committee has failed to ascertain the real cause of the blast.

Amal Ghosn, a columnist at leftist newspaper Al Akhbar, told Rania Khalek of Breakthrough News that the blast was primarily a result of human negligence and bureaucratic apathy. He also asserted that despite the gravity of the issue, no serious attempt was being made to hold anyone accountable for the incident.

The protests on Wednesday mark the continuation of the popular unrest in the country, ongoing since October 2019. The protesters accuse the ruling elite of widespread corruption and failure to govern which has landed Lebanon in the worst economic and political crisis since the civil war days in the 1970s. The country has no formal prime minister after Hassan Diab was forced to resign following the popular protests after the blast. He has been working as the caretaker prime minister since then as successive attempts to form a new government have failed. This political uncertainty at a time when people are facing unprecedented economic hardships and a global pandemic has intensified Lebanon’s problems.

One year later, only 10% of damage from the #Beirut blast has been repaired.

Lebanon is experiencing economic collapse, one of the worst such crises in 150 years, due to corruption:
– currency lost 90% of value
– over 50% of people in poverty
– 71% may soon lose access to water pic.twitter.com/MdXVGjDPHL

Apart from disruptions in the delivery of public services such as water, electricity and sanitation, prices of essential commodities have gone beyond the reach of most people due to fall in the value of the currency, lack of employment and rising poverty. The Beirut blast further exacerbated the crisis in the country, leading to the destruction of the port which is central to a country dependent on imports.