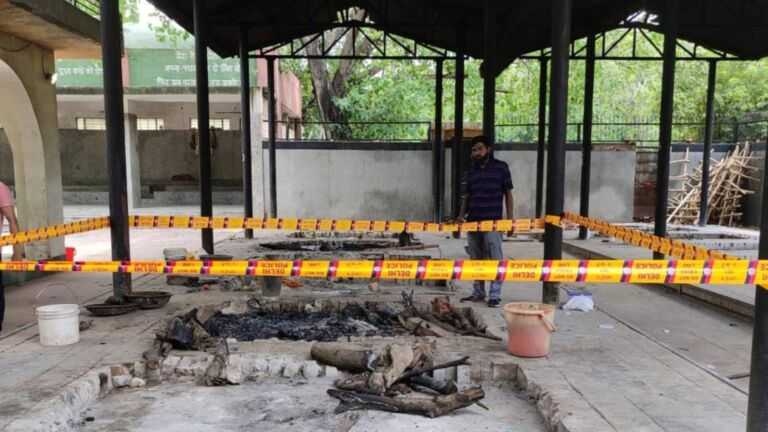 A series of protests swept India’s capital Delhi after a Hindu priest’s alleged rape and murder of a nine-year-old girl on August 1. The victim belongs to the Dalit (formerly untouchable) community. The protesters, including activists, students, and residents of southwest Delhi, have been demanding justice for the victim.

On August 4, hundreds gathered in Delhi’s Nangal area carrying placards that read “Justice for India’s daughter” and shouted slogans accusing police of negligent action. The protesters sought the suspension of some local police officials, accusing them of harassing the victim’s family.

According to reports, the minor had gone to the crematorium near her house to fetch cold water. A 56-year-old Hindu priest, Radhe Shyam, and three accomplices raped and murdered her.

When the mother reached the crematorium, the priest told her she was electrocuted. The minor’s mother recounted that her lips had turned blue and burn marks on her wrists and elbow. “I interrupted the priest pleading I will take her to the police station and the hospital, but he refused and said would give me money to settle this matter in the crematorium,” said the victim’s mother.

The priest cremated the body “without [their] permission and approval,” the family alleged.

Upon hearing the mother’s cries, the residents of the area and the girl’s father rushed to the crematorium and doused the pyre, but the body was burnt by then. When the police arrived, they refused to support the family.

Cases of sexual assault and rape were filed against the priest and his associates three days after the family reached out to the National Commission for Scheduled Castes on August 2.

Following the incident, the leaders of the Dalit community, including Bhim Army chief Chandrashekhar Azad, participated in the protests in Delhi. Many politicians, including chief minister Arvind Kejriwal and Congress leader Rahul Gandhi, showed solidarity with the deceased’s family, assuring that “justice will be served.”

“It was a lie that the girl died due to electrocution. They (accused) cremated her body without the presence of the family. We have heard that the parents of the girl were also pressured to give a statement accordingly,” said Azad.

Bezwada Wilson, the national convenor of Safai Karamchari Andolan, a movement that works to eradicate manual scavenging in the country, said that the incident brought back the memories of Hathras rape case. In 2019, a 19-year-old Dalit woman was gang-raped and killed in a gruesome manner in Uttar Pradesh. “Are we going to be silent spectators to such horrific crimes again? Police as usual (are) trying to do all types of hush up,” he added.

Despite some legal protection, the Dalit community continues to face discrimination and harassment from the upper castes Hindus. Dalit’s discrimination and marginalization also has deep economic roots as many are forced to work in manual scavenging, as low-wage laborers and petty vendors, with no access to land or possibility to gain financial stability.

There has been no respite in the crimes against women, including minors in India since the start of the COVID-19 pandemic. As per 2020 Home Ministry crime data, at least one rape is reported every 15 minutes, of which every fourth victim is a child.