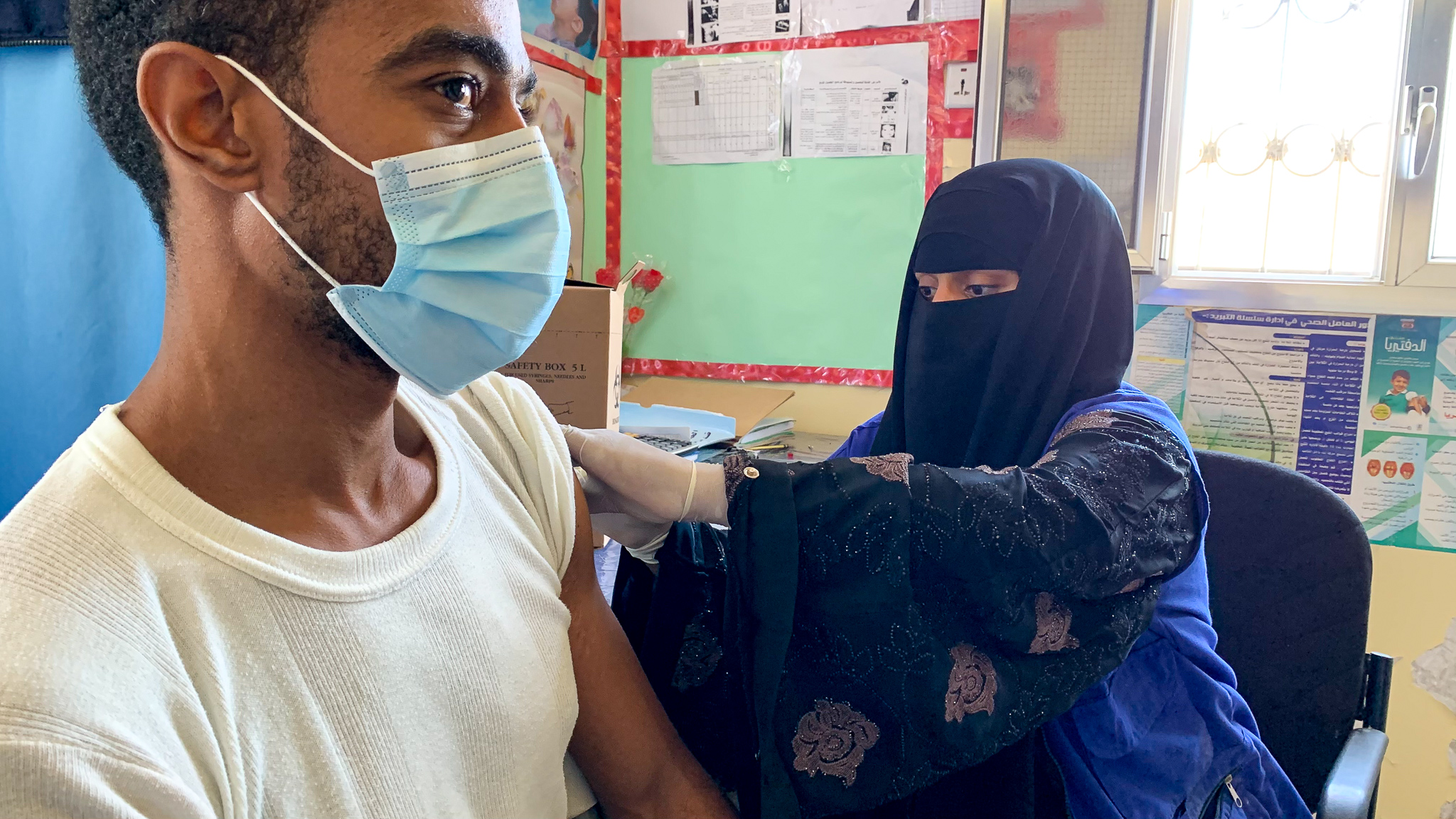 As the world continues to fight the Covid-19 pandemic, the situation in West Asia and North Africa gives cause for concern. Just this week, news about overwhelmed hospitals came from Lebanon, while Iran registered record numbers of Covid-19 deaths. As the health emergency deepens, sluggish vaccination campaigns and extreme disparities within the region remain a challenge.

Differences within the region

For quite a while, Covid-19 infections and deaths in North Africa and West Asia were limited when compared to those in the rest of Asia or Europe. But this is starting to change. The recent increase in cases is especially worrying because privatization and a lack of funds has rendered health systems unable to cope with such a crisis. Additionally, the wars and conflicts in the region have led to several waves of displacement and migration, making the Covid-19 context more complicated than other parts of the world.

Even within the region, there are significant differences between countries, and the success of their Covid-19 response. Although some population groups, such as the unemployed, informal workers, migrants and refugees, and women, were proportionally hit more by the pandemic across countries, overall success varied according to the economic situation of the countries.

In this light, we can divide countries in three categories – countries with high population and limited natural resources like Tunisia, Egypt, Morocco, Jordan and Turkey; the Gulf countries with low populations but that are rich in oil such as Bahrain, Kuwait, Oman, Qatar, Saudi Arabia and the United Arab Emirates (UAE); and countries affected by conflict, i.e. Syria, Sudan and Yemen.

Countries with conflicts and disputes, and extremely fragile health-care systems, rely entirely on COVAX, a global mechanism that promised to provide free vaccines to 20% of the populations of Low-to-Middle-Income Countries (LMICs). Given the poor performance of this mechanism, Syria, Sudan and Yemen have managed to provide at least one vaccine dose to less than 2% of their population. Countries with high population and low resources have recorded varied results, but most have managed to vaccinate around 30% of their population.

On the other hand, the Arab Gulf countries have the financial resources to buy vaccines, and they are moving steadily in vaccinating their citizens. Some of them, like the UAE and Qatar, have provided at least one dose of the vaccine to approximately 80% of their population.

But they have been quick to introduce requirements for proof of vaccination for inward travel, which adds an obstacle for migrant workers from neighboring countries. Saudi Arabia, which has vaccinated over 60% of its population, has not yet recognized either of the two Chinese vaccines which are used in several LMICs. As a result, migrant workers are not able to find much-needed employment even if they get vaccinated in their home country.

Egypt: no clear plan has been communicated

In light of the inequitable global distribution of vaccines, the Egyptian government participated in clinical trials of the vaccine of a Chinese company, Sinopharm, joined the Covax initiative and in April, signed a joint manufacturing agreement with Sinovac Biotech to produce the Chinese firm’s Covid-19 vaccine. Despite the government’s optimistic talk about the number of doses that will reach Egypt as a result, on the ground, the vaccination rates are still very slow.

Officially, Egypt started its vaccination campaign on January 24. Yet, so far no clear and timed plan has been disclosed to make vaccines available to Egyptians, and even vulnerable groups have not been vaccinated fully. For example, according to the Doctors’ Syndicate estimates, only 10 to 20% of medical staff had been vaccinated by the end of May. “The reason for the delay in vaccinating medical staff is mainly due to the delay in the arrival of vaccines to hospitals. We have provided different suggestions to cooperate with the ministry, but they need to involve us more in the plans,” Doctors Syndicate said.

The vaccination campaign in Egypt lacks transparency and is very slow. “Egypt’s vaccine rollout has been blighted by the authorities’ lack of clear strategy and transparency leading to delays and backlog, as well as failure to reach out to those most in need or to tackle vaccine hesitancy,” pointed out Philip Luther, Middle East and North Africa Research and Advocacy Director, Amnesty International.

On the other hand, Morocco looks like a success story. The country is not as rich as the Gulf states, but was able to secure enough doses to reach a large segment of its citizens. The vaccination drive sought to prioritize the oldest and the most vulnerable groups.

Morocco also concluded agreements with companies producing vaccines at an early date, enabling it to obtain doses in time to launch a national campaign, vaccinating hundreds of thousands from the beginning.  As a result, Morocco has a vaccination rate of 47% of the population, compared to around 4% in Egypt.

The uncertainty with regard to the emerging health crisis in the region is made worse by the fact that social protection mechanisms are almost absent in most countries, something that has incited people’s anger for years now.

The region saw widespread protests in 2019, especially in Sudan, Algeria, Lebanon and Iraq. People were protesting against the absence of social and economic equality. They demanded fair taxation. Protesters also urged governments to provide a solution to rising prices and deteriorating living conditions – rise in unemployment and poverty, and inability to access the health system, most of which has been privatized. Continuous violence against women, corruption of the ruling elites and the inability of the state to provide even basic levels of social protection fueled the protests.

In other words, the whole Arab world erupted against the neoliberal state, which deepened the disparities and increased the fragility of many groups in the community. In light of this social and cultural context, the Covid-19 pandemic added to the burden that marginalized groups in Arab countries already carry and made them worse in some aspects.

The first step for countries in the region to improve their vaccination campaigns is to commit to a minimum level of transparency in releasing information, and to prioritize the vaccination of medical staff, the elderly, those with chronic diseases and workers in basic and essential sectors of society. This will not be possible to achieve unless global inequities in access to the vaccine are addressed. Countries that have an infrastructure that allows for partnerships with vaccine producers should take steps towards local production for regional use. While most North African countries are co-sponsors of the TRIPS Waiver proposal, the Gulf countries have remained silent on the proposal. This is the time to show solidarity with each other to save lives and bring the economy of the whole region back on track.

Ahmed Azab is a researcher in the field of access to medicines. He works with the Egyptian Initiative for Personal Rights (EIPR)